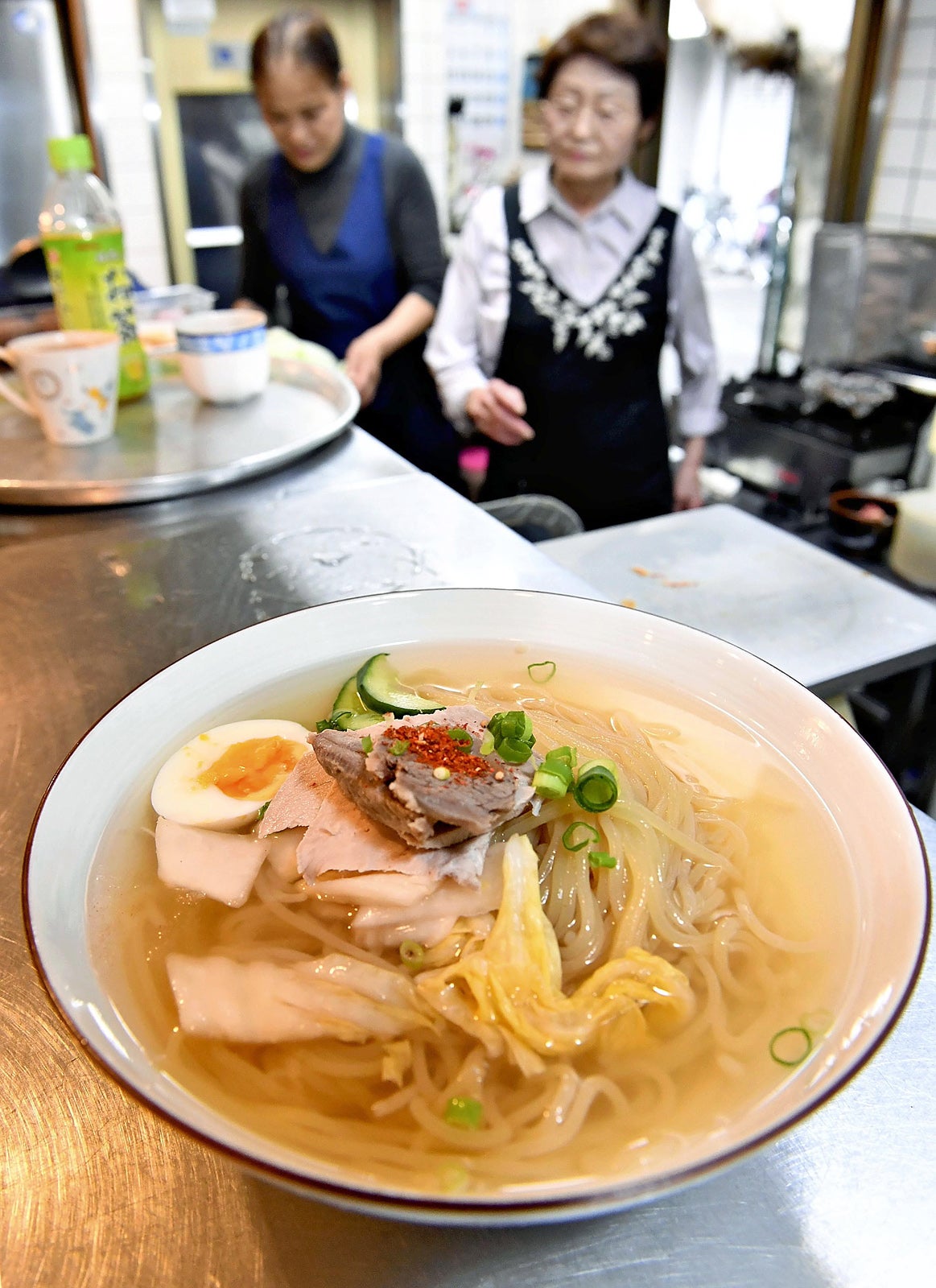 Kim brought cold noodles from Pyongyang to be served at the banquet, drawing attention to Ganso Pyongyang Reimenya Honten in Kobe’s Nagata Ward, an old restaurant known to be the first to serve the Pyongyang-style cold noodles in Japan.

The restaurant was founded in 1939 by his grandfather, who came to Japan from Pyongyang. Chang currently runs two other chain restaurants in the ward.

Cold noodles are a popular dish on the Korean Peninsula. In South Korea, cold noodles made from wheat flour with chicken stock are available, whereas the Pyongyang style is served with chewy buckwheat-based noodles with beef-broth soup and the juices from dongchimi water kimchi, which features fermented radish.

Its light, sour flavor is different from the taste of Morioka reimen, Japanese-style cold noodles mainly made from starch and wheat flour.

Chang, 65, took over the restaurant in his early 30s. His father’s death prompted him to leave his job at a trading company in Tokyo and return to Kobe.

The restaurant was completely destroyed in the 1995 Great Hanshin Earthquake, but Chang resumed business at a temporary location, encouraged by the support of regular customers.

Nine years later, he reopened the restaurant in the place where it stood prior to the disaster.

The restaurant was in the spotlight following the April 27 inter-Korean summit talks, during which Kim said he had made the effort to deliver cold noodles from Pyongyang.

Following the media coverage showing the two leaders eating the cold noodles together, the dish gained fad-like popularity in South Korea. His restaurant, usually driven by regulars, started having an unprecedented line of customers, including young women who took pictures to post on Twitter. They also did an interview with a South Korean broadcaster.

“There are no borders for food. If people get to know about North Korea through its cold noodles, it can also cultivate mutual understanding,” Chang said.

“I hope the leaders of Japan and North Korea will eat the noodles together and bring about a peaceful resolution.”