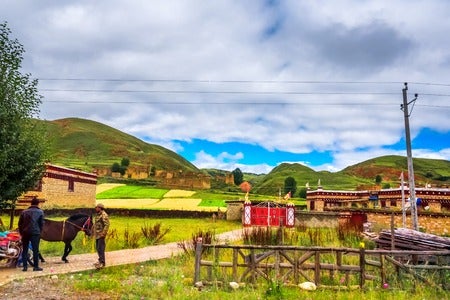 A woman who had been away from her home for many years finally came home last May, only to find out that she had been declared “dead” the year before and her husband already married another woman.

Lio Guoqing, who arrived at Dazhou city in Sichuan province, China after toiling in Changsha city in central Hunan province, discovered that her household registration document or “hukou” had been canceled. As reported by the Chengdu Business Daily via the South China Morning Post last June 13, the police station had also issued a death certificate for her back in February 2017, declaring that she died from an illness in 2015.

“I am clearly here, why were they saying I was already dead?” Liu was quoted as saying.

Liu married her husband back in 1995 and have two sons together. The couple, however, has been living apart without contact since 2006.

Back in August 2017, Liu had received a call from a villager saying there were rumors about her fake death. Meanwhile in October, a bank in Changsha failed to recognize Liu’s identity card, much to her surprise, the report stated.

It was also revealed that it was her husband and her own father who stamped the application form for her death certificate. Her father, however, insisted that he never stamped such application.

Today, Liu’s husband is already married to another woman in a neighboring village and nobody from the family is able to contact him. Meanwhile, Liu has since been given a new household registration document.

While Liu is still uncertain if her marriage to her husband has been dissolved or not, Liu said in the report that she would be agreeable to a divorce. Cody Cepeda/JB