Building solidarity with some of the most vulnerable people of our time | Lifestyle.INQ ❮ ❯ 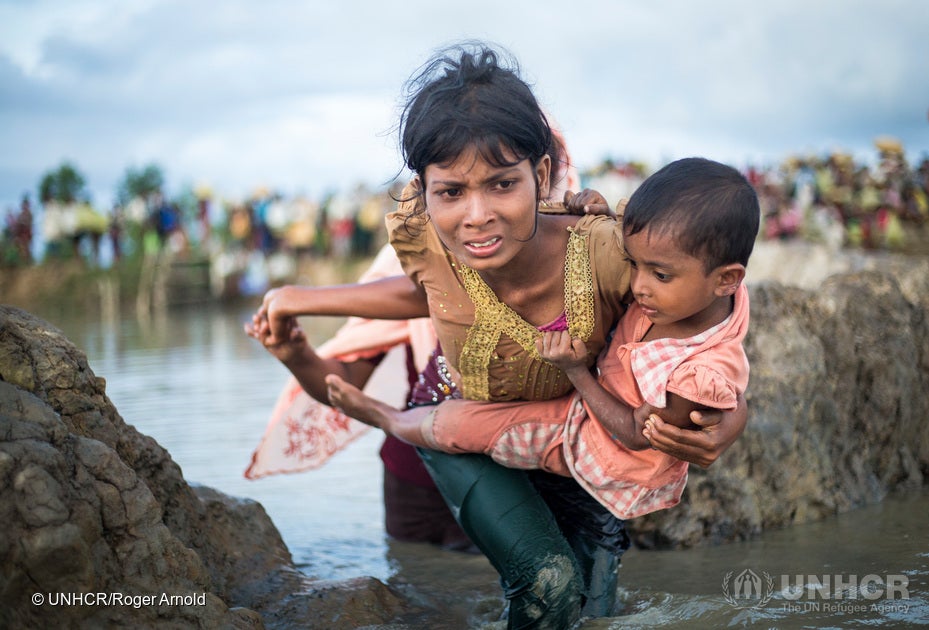 Over half (52%) of the world’s refugees were children and nearly half (49%) were women, according to the latest report of UNHCR, the UN Refugee Agency. (© UNHCR/Roger Arnold)

Every two seconds, someone is forced to be on the move to escape conflict, violence, and persecution. As global forced displacement hits another historic record for the fifth straight year, never has the need to build solidarity with refugees and internally displaced families been greater.

According to the latest Global Trends Report of UNHCR, the UN Refugee, 68.5 million people were displaced as of the end of 2017. These include 16.2 million people who became displaced during 2017 itself, either for the first time or repeatedly – indicating an equivalent to 44,500 people being displaced each day.

Behind these numbers, however, are individuals with their hopes and fears. At the end of the day, they are just like you and me. They have loved ones they want to protect; they are mothers and fathers building a safe and stable future for their families; they are children with dreams of their own.

Just like you and me, refugees and displaced families want to live peacefully, in a community they belong to where they can live a secure life.

On the occasion of World Refugee Day, UNHCR thus makes a clarion call. “No one becomes a refugee by choice; but the rest of us can have a choice about how we help,” says Filippo Grandi, UN High Commissioner for Refugees.

Knowing that there are many people who are in need of a refuge, what are we going to do about it? Do we truly understand who they are and what they are going through?

How the Philippines became a haven for refugees throughout the years

Perhaps a glimpse at the country’s rich humanitarian tradition may help contribute compassion and empathy that forcibly displaced families need in these critical times.

Over the last one hundred years, Filipinos have demonstrated generosity and compassion to families forced to escape conflict, violence, and persecution.

From giving refuge to the so-called ‘white Russians’ escaping persecution in the 1920s, to Jews fleeing rising Nazism in the 1930s, and more recently the last two decades’ entry of 500,000 Indochinese refugees who either sought asylum or transited through the Philippines – these stories of hope and courage have been left out from history books.

Unknown to most of us, our generous country once hosted a safe and dignified environment for at least nine waves of refugees.

When other nations have closed their doors to these refugees, Filipinos opened their hearts and homes to them.

And when it comes to building compassion and solidarity for forcibly displaced families, we need not look far as forced displacement hits very close to home. In the Philippines, 311,943 individuals were living in displacement by the end of 2017 – the majority of whom were forced to flee due to the conflict in Marawi City which broke out last year.

Though fighting in Marawi is over, affected families need sustained assistance so they can back on their feet and rebuild their lives in safety and dignity.

It is important to not just help them but to find a safe community for them where they can eventually start the long and tough road to recovery. And they don’t need to be alone. They should not be alone.

So how will you stand #WithRefugees today? Here are some ways to help.

1. Accept. Don’t discriminate. Refugees are like you and me. No matter what their race, culture, and beliefs may be, they are human beings too. They have hopes, dreams, and people they love. We can best help them by welcoming them and not discriminating them. As they try to settle in the new community, they need to feel accepted and welcomed. It will be a lot less harder for them if they feel that they belong.

2. Volunteer. Make your sympathy work for them. Why not use your skills and talents to serve others such as these refugees? If you’re a musician, give out free guitar, piano, or voice lessons to the kids. You can tutor kids in their academics. You are not only doing this for them, but you’re skills are honed at the same time. Join the millions worldwide who have signed their name and lent their voice to stand #WithRefugees today.

3. Raise funds. Invite others to take part. With wars and conflicts happening around the world, there is also a significant rise of families who had to flee their war-torn communities. This is an indication that more and more people need our help. If there are more hands to reach out, more feet to guide, and more hearts to welcome, these will greatly help refugees find a home. So encourage others to join you through fundraising events that will not only raise awareness but help provide the needs of these refugees.

4. Donate. Be a lifeline. Providing life-saving aid and emergency shelter to refugees and displaced families, helping humanitarian workers safeguard their rights, and building better futures for them take several resources. As wars and conflicts continue, so will global displacement continue to escalate. Never has the need for humanitarian assistance been great. Never has the need to build solidarity with refugees and displaced families been so urgent. Make your peso count by making a gift today: 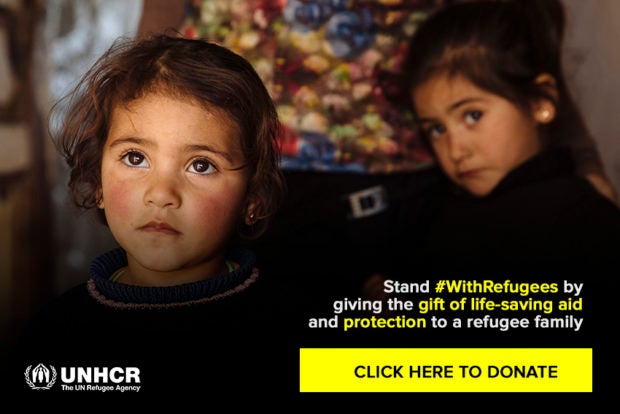