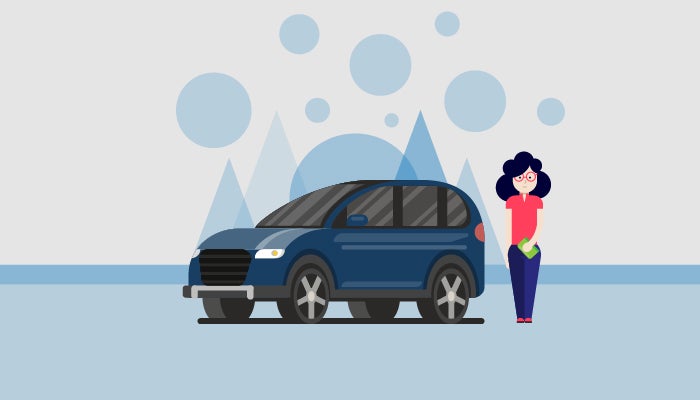 Imagine driving on the freeway, just taking your time since you’ve just dropped off the kids at school and you still have an hour to reach the office – which is actually only a 30-minute drive away. Then, this car honks at you from behind, windows rolled down, and the driver calls you out for being a typical female who can’t drive well.

That just didn’t make any sense, right? Women get called out often by male drivers because of the stereotypes built around driving vehicles – from cars being ultimately a male-catered industry, down to the skill-based comment that women can’t drive stick.

Well, girls, we’ve collected five of these misconceptions and added data to back ‘em up:

The comment that women are slow drivers is probably the most commonly heard among Filipinos, but is it actually true?

Research shows otherwise. In a study conducted by British insurance company Admiral, data collected from its customers tells that since men tend to drive fast, they are also at more risk to meet accidents. Comparing that figure to that of women drivers, data says that since women do not drive as fast, they meet fewer accidents.

This shows that women are just being careful when driving, and not necessarily because they can’t drive faster. When driving carefully to prevent accidents, it is only corollary that we drive safely and within the speed limit.

2. Women can only drive compact or sedan vehicles

Next, we have here is the selection of women in buying vehicles. Men are more associated with the big, bulky 4x4s and in contrast, women are expected to be more inclined to buy sedans or hatchbacks.

American research company MaritzCX reports that its 2016 study shows that more women in the U.S. have reportedly been buying small SUVs and even sports cars, both rising at above 30% compared to previously held studies. From the same report, it was said that married women tend to have a stronger purchasing influence compared to their husbands when deciding which car to buy.

3. Women can only drive automatic-transmission cars

The truth is, both genders are steering on going A/T with vehicle purchases. Still, this is one comment we don’t really enjoy hearing.

In an analysis conducted by U.S.-based car leasing company Swapalease.com, records collected from around 50,000 drivers dating as far back 2012, state that although use of manual transmission dropped for both genders, the rate dipped more for males. More women reportedly stuck with manual transmissions in the recent years, while the shift to A/T continues on its rise.

Ladies, let’s prove the men wrong and say we’re just as good—if not better—than them at parking.

In a study conducted by car park firm NCP, which observed 2,500 drivers across 700 car parks in Britain for about a month, it showed that women scored better overall in terms of finding a parking space, in the total time it took them to park, and in being able to rightly position their vehicles within the parking slot.

5. Women are bad with directions

Or who gets lost more? Considering that there are apps that we can use like Waze to help us drive around the streets, this comment may not be heard of as much as before. Then again, here’s some interesting data we found on the issue.

A study conducted by British car insurance company, Sheila’s Wheels, shows that males get lost more, and in the course of their getting lost, spend more time and gas in driving to their destinations. The root cause however, is that men are less inclined to ask around when lost.

Women, on the other hand, are less reluctant in asking for directions when lost. The study then concludes that because of this, women take up less mileage in reaching their destinations and consume less fuel as well.

So, ladies, don’t just take the back seat. Push aside those baseless stereotypical comments and take charge on the streets.

Next time you hear someone calling you out for not being a good driver just because you’re a woman, reason out. Be the better person–and if the situation would permit, prove to them they’re wrong by showing you are a good driver or by sharing with them the data we have compiled here.

Besides, the main goal is to get where we need to be while being safely seated in our vehicles. Women have the right to be empowered day-to-day, from office to the open road. INQUIRER.net/FE