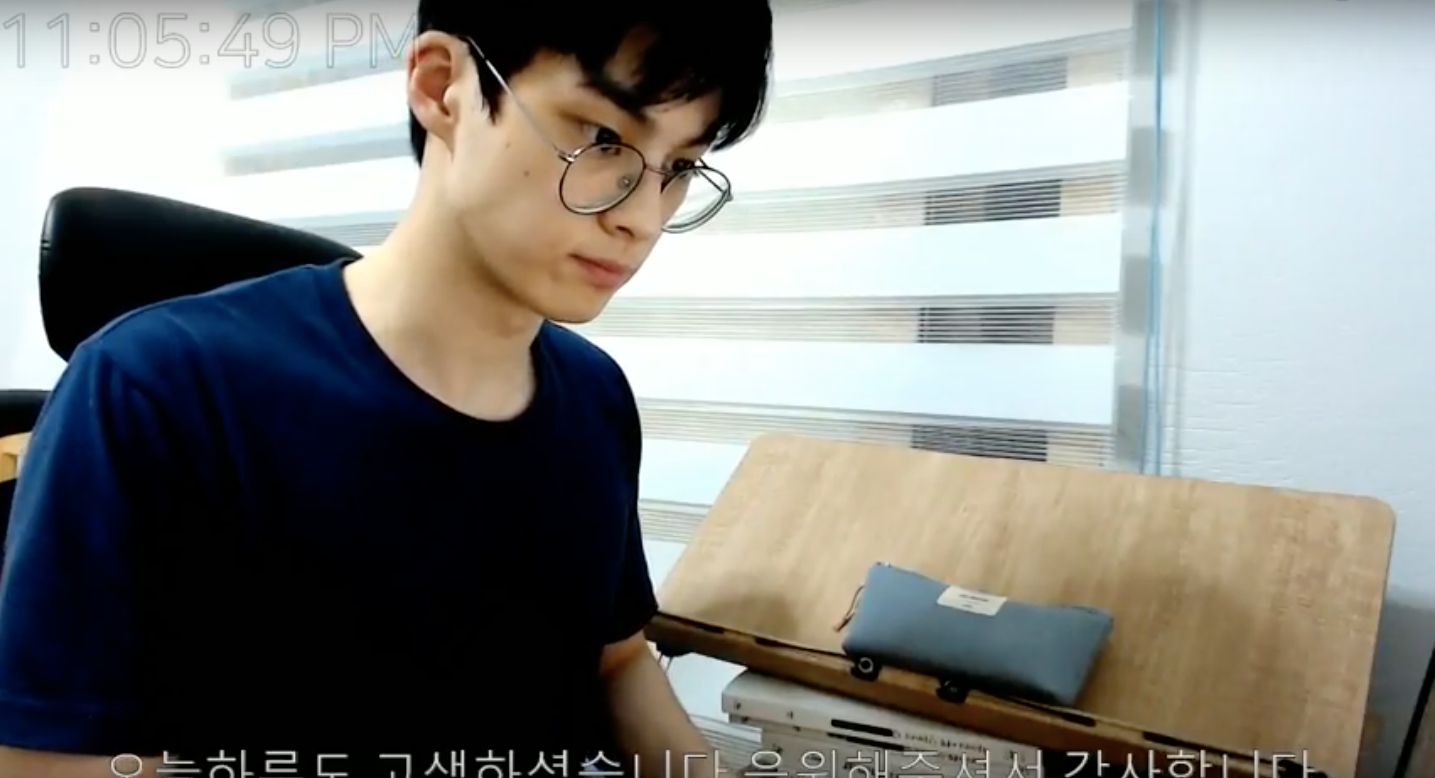 At a time when vlogs constantly try to churn out original content, one genre—“Study with Me” videos—has found a surprising following.

The videos aren’t how-to’s or hacks on studying; they simply involve a person studying on his or her own.  The video is intended to play in the background to keep the viewer, ideally someone else studying, company.

His account is called Bot No Jam, which means “a robot which is no fun” in Korean. “People used to call me a robot when I was serving the military,” he elaborated on the show “Morning Wide,” which aired on June 8.

Bot No Jam currently has 38 videos of himself studying, each lasting nearly seven hours. He has also posted live streams of his lengthy sessions since April.

Nothing exciting happens—Bot No Jam prefers to study in total silence, even warning viewers in the title that there is no music. The only sounds one hears are the flipping of a page and the ambient sound from the room. All the bespectacled man does is read or write.

And yet, his videos have seemed to inspire many a study session, with one of his videos racking up half a million views. He also now has over 300,000 subscribers.

According to Korean Herald, Bot No Jam is reviewing for a civil exam to become a police officer. However, viewers take inspiration from him in different ways.

Some pay him compliments for his chiseled, pretty-boy face: “Your face is so great,” said YouTube user Moon.

“So handsome!” gushed a viewer from China.

One Kewdy Solis explained her fascination with his videos: “The scenario makes it seem like I’m on a study date with him.”

Some commenters have gone so far as identifying the brands of the objects in his room—down to what pencil case he uses.

For those who prefer more action, Bot No Jam also has a workout video at a gym which has already proven to be a hit.

Posted on June 3, the video already has over 600,000 views. Should he tire of studying, his loyal followers seem to be ready to watch any new content he posts—as long as they can see his face.  /ra

Visiting South Korea? Rent an ‘oppa’ to show you around