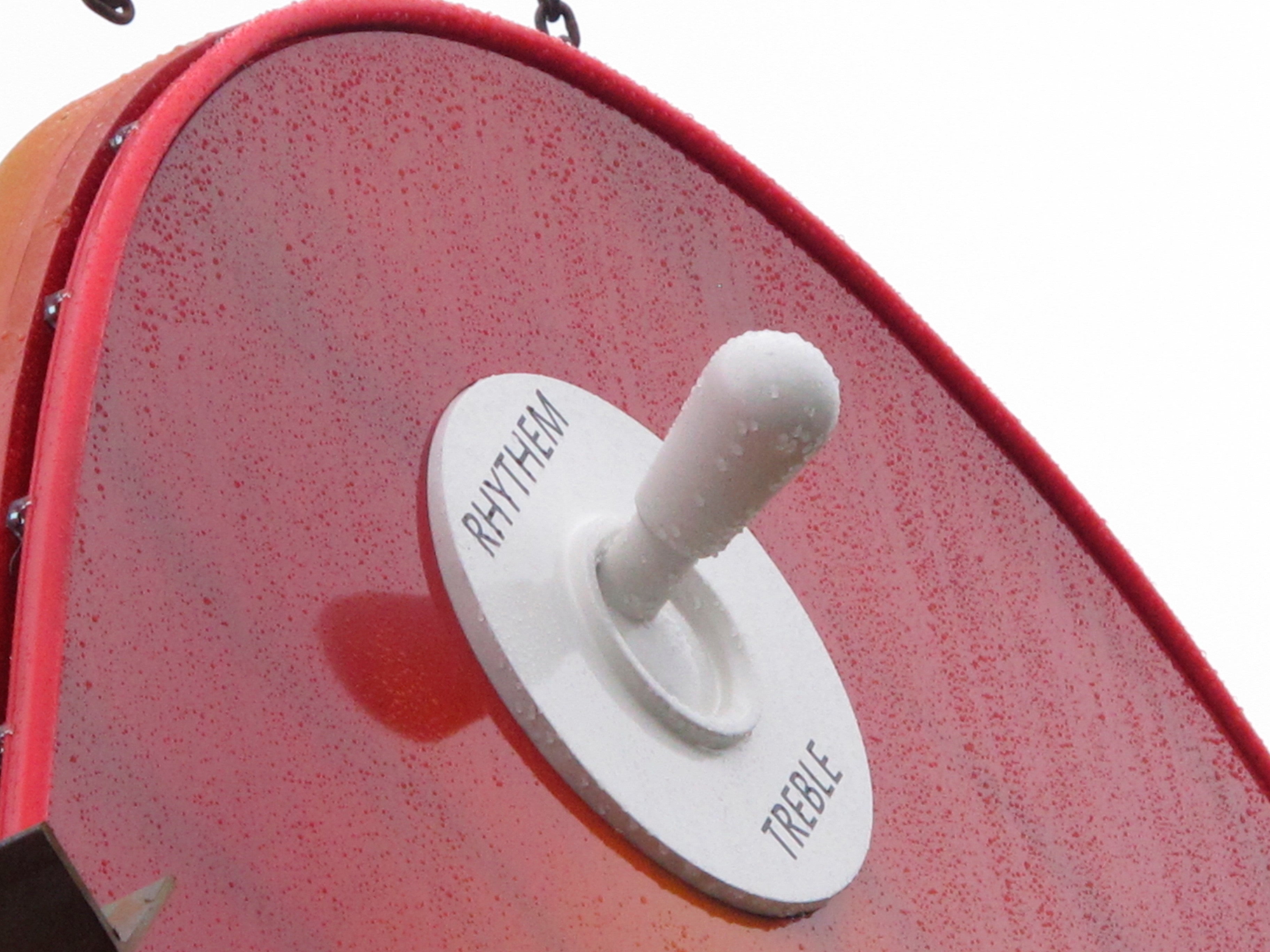 This June 21, 2018, photo shows a close up of a misspelling on a giant replica guitar being installed in Atlantic City, N.J. as part of the Hard Rock casino project. The word "rhythm" was misspelled on the guitar switch. Image: AP/Wayne Parry

ATLANTIC CITY, N.J. (AP) — The soon-to-open Hard Rock Hotel & Casino in Atlantic City had to work quickly to fix a misspelling on a 30-foot-tall (9-meter-tall) guitar installed this week.

The sign, modeled after a Gibson Les Paul guitar, was put up Thursday morning without officials noticing the word “rhythm” was misspelled on the rhythm and treble switch. It included the letter “E.” The guitar is one of two expected to go up at the new resort, with the second slated for installation Saturday at the resort’s entrance.

The Hard Rock Hotel & Casino will open at noon on June 28 the same day as the new Ocean Resort Casino. CC