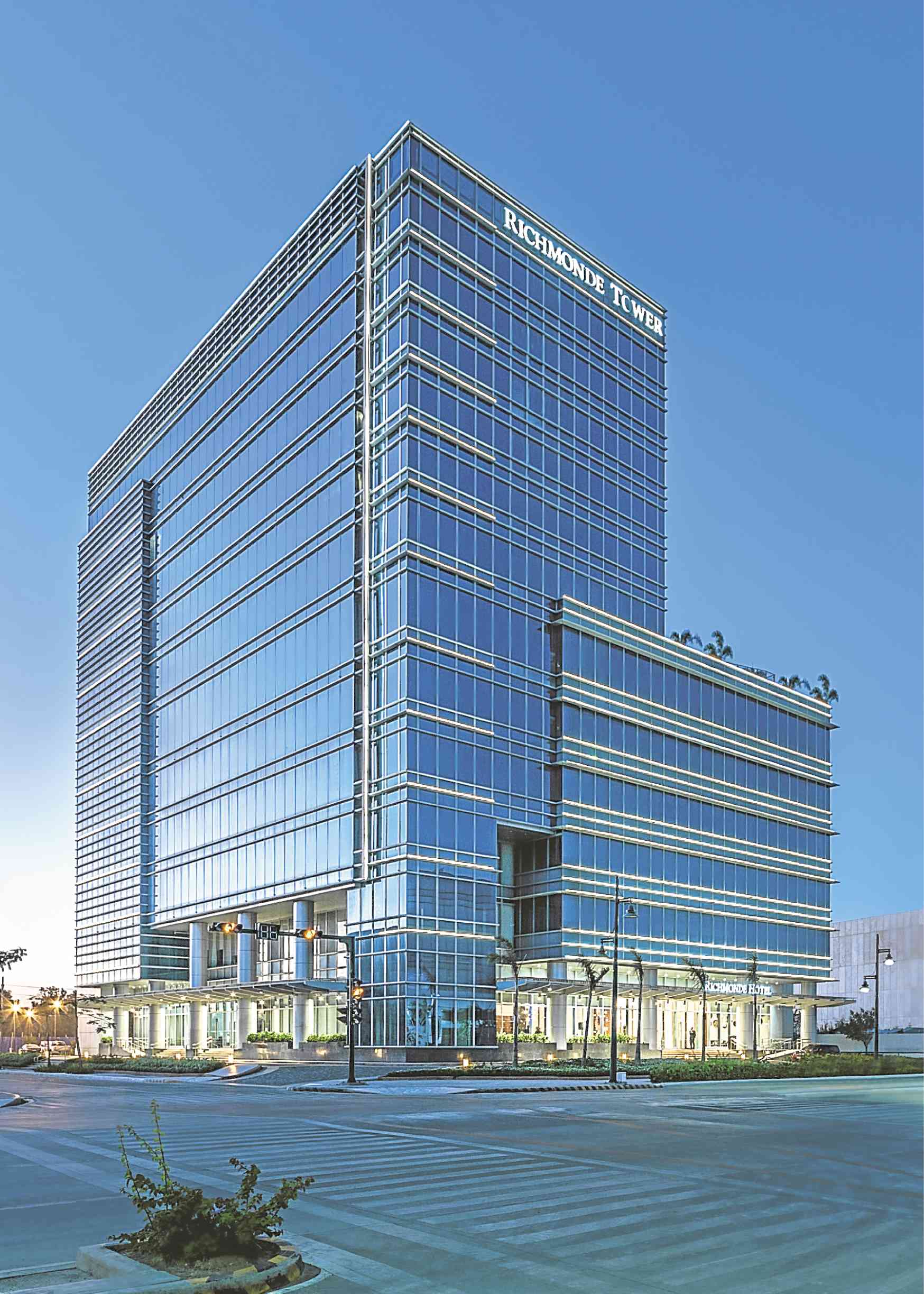 The façade of Richmonde Tower;

A family—a regular client—books 30 rooms at a time to celebrate a milestone. Some folk drive two hours from nearby provinces just to have breakfast.

Indeed, Iloilo is now a bustling destination, given the penchant of today’s Filipino to travel, and Richmonde Hotel Iloilo is right smack in the middle of it.

Three years since the 149-room hotel opened at the Iloilo Business Park, it has hit its stride apparently, attracting locals from the surrounding towns and provinces of Panay, as well as balikbayans who travel with families in tow.

It also caters to guests from out of town who attend events at the Iloilo Convention Center conveniently located next door.

The hotel was inaugurated on the same day as the convention center in July 2015, built to complement it. Instead of a ballroom or large function rooms, the hotel has three function rooms for small meetings or intimate parties.

It has the facilities and amenities of a city hotel, including an all-day dining outlet (The Granary), a lounge that comes alive most evenings (BizBar), a 24-hour gym and a pool and deck offering an unobstructed view of the sunset.

A favorite of locals

“There are a lot of locals from Antique, Roxas, Aklan who come to the hotel. Some drive two hours just to have breakfast here,” said Natalie Lim, resident manager.

“We have a regular client who brings his entire family over to celebrate milestone birthdays or anniversaries. They often book 30 rooms at a time to accommodate 60,” she added.

The hotel has a winner in sous chef Jeffrey Ticao who trained in Kuwait for five years. A native of the town of Oton, inspired by what he learned in the Middle East, he came up with moist and flavorful kebabs, flatbreads, hummus (chickpeas) and mutabal (eggplant dip), now served at BizBar.

His shrimp paste and pork skewers, an Indonesian dish, and yogurt balls are also worth sampling. For breakfast, the bacon at The Granary is always perfectly crisp.

A favorite of the newly appointed CEO of Alliance Global Group, Kevin L. Tan, is the sisig wraps at The Granary.

“He likes the combination of spicy sisig in a crunchy fried lumpia wrapper,” Lim said.

Just a stone’s throw away, at the Transcom Building, also on Megaworld Boulevard, is Dova Brunch Café that is open all day. Its entrees are generous and include beef adobo, baked fish and Spam bowls with a choice of garlic or brown rice.

Richmonde Hotel Iloilo was one of the first structures to rise in Iloilo Business Park, Megaworld’s 72-hectare integrated urban township development in what used to be the site of the old Iloilo airport in Mandurriao district.

In recent years, condo developments, office buildings and the convention center have been constructed.

The newest development is the Iloilo Museum of Contemporary Art (Ilomoca), which opened two months ago at the Casa de Emperador building. The three-story building houses contemporary pieces by Filipino artists, some of which were originally exhibited at the annual Art Fair.

On June 30, Megaworld will open the Festive Walk Mall, a three-level mall with a gross floor area of 90,000 square meters. It will complement the 1.1-km Festive Walk Parade, an open-air dining and entertainment stretch, and the Festive Walk Annex.