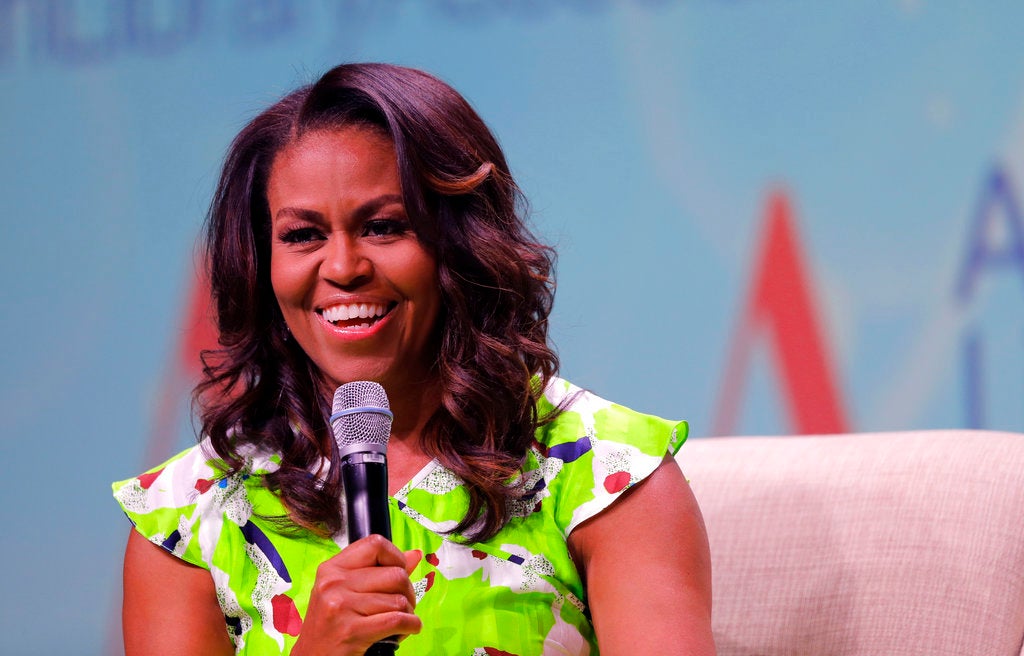 NEW ORLEANS — Former first lady Michelle Obama said Friday that her upcoming memoir “Becoming” is a “re-humanization effort” that shares the “ordinariness of a very extraordinary story” that she hopes will give voice to people who feel voiceless.

Obama made the remarks as she helped kick off the American Library Association’s annual conference in New Orleans. Librarian of Congress Dr. Carla Hayden moderated the conversation before an estimated crowd of 8,000 inside the city’s convention center.

Obama shared snippets from the book, including the experiences that have shaped her, from her childhood on the South Side of Chicago to her years as an executive and her time at the White House.

She told the crowd that much of who she is today results from the influence of her parents, Fraser and Marian Robinson.

“My parents had a strong sense of how to parent and taught us at an early age to figure it out,” Obama said. “They let us know, that as children, our opinions mattered. But they encouraged us to contribute to the solution. You could air it out, but you had to be the one to solve whatever it was.”

She said her parents taught her and her brother about the work ethic and the value of doing what you say you’re going to do.

“When I go throughout my day, I often ask myself, ‘Am I doing what I think Marian and Fraser would expect me to do?'” she said.

Obama said her mother’s “no nonsense” energy has always been a part of her life and was welcome at the White House.

“We had butlers and housekeepers at the White House, but my mother would tell them, ‘Don’t touch my underwear. I got it,'” she said, drawing a round of laughter. “She’s the one who taught my girls how to do laundry. She keeps us humble and focused on what’s important. She’s also my sounding board. She’ll sit and just listen and then ask me, ‘What do you think you should do about that?'”

Obama said the book gave her a chance to reflect on the whirlwind of her life as a working executive and mother with a high-profile husband in a high-profile job.

“I didn’t come into (being first lady) with a blank slate,” she said. “I had big jobs. I went to Princeton. I went to Harvard. I am a lawyer. But as Barack’s ascent got faster and higher, I had to figure out and balance marriage and balance becoming a spouse. I’ve learned that you can have it all, but not all at the same time.”

Obama also talked about the value of strong friendships, noting she could not have gotten through her time in the White House without a “posse who kept me sane.” She told the young, single mothers in the audience, “you weren’t meant to parent in isolation.”

“It truly takes a village to raise children. Build your village wherever you are. It will be your salvation and keep you sane,” she said, drawing a roar of applause.

The book is being released in November in the U.S. through the Crown Publishing Group, a Penguin Random House division.

The conference, which ends Tuesday, is expected to draw more than 15,000 participants. MKH

Netflix says it has signed Barack and Michelle Obama