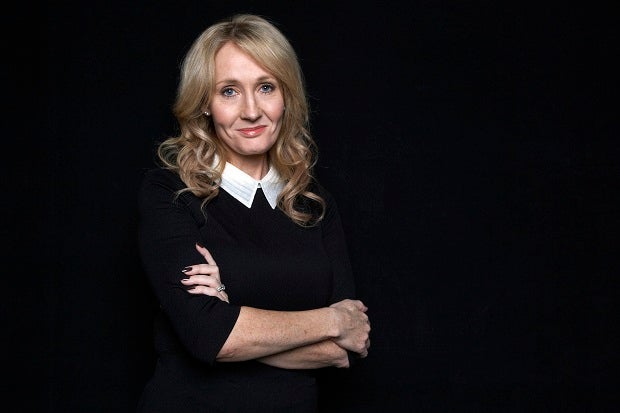 This Oct. 16, 2012 file photo shows author J.K. Rowling at an appearance to promote her latest book "The Casual Vacancy," at The David H. Koch Theater in New York. Rowling has added a subtle comment under her pen name Robert Galbraith about the standoff between her publisher and Amazon.com. Amazon is in a contract dispute with Rowlings U.S. publisher, Hachette Book Group, and is not accepting pre-orders for The Silkworm and other Hachette releases. AP/Dan Hallman/Invision

Many Potterheads longed for their own Hogwarts owl-delivered letter on their 11th birthday, and the sad reality of never receiving such an acceptance to the famed school of witchcraft and wizardry is an all too bitter pill to swallow for most. For some lucky ones, however, they received more than just a letter when “Harry Potter” author herself, J.K. Rowling, sent them a magical gift box from London, all the way to the Himalayas.

It all first started when Sabbah Haji Baji, a teacher from the Haji Public School in Jammu and Kashmir, tagged the author in a Twitter post about one of her students, Kulsum, back in April.

“Dear @jk_rowling. Kulsum, 12, a first generation English learner from the Himalayas would like to meet you someday,” wrote Haji back in April 26. “So come visit us at #HajiPublicSchool.”

Rowling was quick to see the tweet as she replied on the same day, telling Haji to send her details about Kulsum, for she wants to give her something.

“Please can you send me Kusum’s full name by DM (direct message)?” wrote Rowling back. “I’d love to send her something.”

The exchange between the two seemed to have been successful, as Haji wrote back to Rowling, saying her reply to them has now been immortalized in their school.

“Shoutout to the very gracious JK Rowling,” replied Haji to Rowling’s tweet. “This tweet framed for ever in our school hallway.”

Much to the joy of the students in Haji’s school, Rowling’s present arrived two months later, in June. In a series of pictures that Haji shared on Twitter, Kulsum can be seen opening the big box full of wrapped gifts from the author.

Apart from her books, Rowling also included a replica of Harry’s owl Hedwig and the time-turner necklace from the third book, “Harry Potter and the Prisoner of Azkaban”, for Kulsum and her classmates.

The priceless smiles on their faces truly reflected the joy Rowling had given them. On Rowling’s part, she was full of happiness as well that the gift box finally arrived.

“I’m so happy it got there!” wrote Rowling. “I was getting worried!” JB