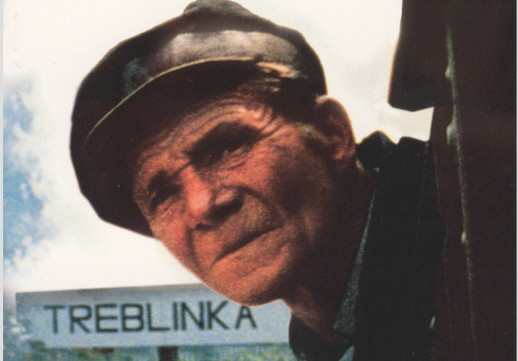 French writer and filmmaker Claude Lanzmann, who died Thursday aged 92, was known worldwide for his ground-breaking epic on the Holocaust, “Shoah” (1985), a landmark in cinema history.

The film, which runs nine and a half hours without any archival footage or voice-over, is a stark recording of some of the most harrowing testimonies about the Holocaust gathered on screen, Lanzmann’s camera unwaveringly fixed on his interviewees.

Here is some background about “Shoah”, which had an enormous impact on its release and has become a fixture on film studies lists in universities across the globe.

The sober, one-word title means “calamity” in Hebrew and is the commonly used term in France and some other European countries for the mass extermination of the Jews by the Nazis in World War II.

“I thought it would help Germans to confront their horrible past,” Lanzmann said of his film in 2013 when receiving an honorary Golden Bear at the Berlin film festival for lifetime achievement.

“Do not forget that they remained silent for many, many years. The immensity of the crime silenced them, they couldn’t even talk about their own suffering.”

The theme of the Holocaust is one that Lanzmann returned to often in his work.

The making of the film was as epic as its result: 350 hours of footage collected and edited over 12 years, finally coming out in cinemas in 1985 when Lanzmann was 60 and an established writer but with just a single other documentary to his name.

“Shoah” looked specifically at the Nazi death camps of Auschwitz-Birkenau, Chelmno and Treblinka, as well as the extermination process that took place in the Warsaw ghetto.

In 10 separate shooting trips, Lanzmann methodically followed the traces of the Holocaust, identifying the locations of genocide and listening to the testimonies of survivors.

Few of the sequences in “Shoah” were re-enacted or prepared. One of the most famous involved a man who had worked as a barber in Treblinka whom Lanzmann tracked down to Israel and filmed as he cut hair in a salon near Tel Aviv.

For nearly 15 minutes the man’s face often fills the screen as he speaks with increasing difficulty and eventually breaks down in tears, recounting how he cut the hair of Jews before they went into the gas chambers, unable to tell them what he was doing out of fear he would be forced into the same fate.

“Some people have suggested some sort of sadism on my part in this perilous scene,” Lanzmann said in his autobiography from 2011, “The Patagonian Hare”.

On the contrary “I consider it to be the epitome of reverence and supportiveness, which is not to tiptoe away in the face of suffering but to obey the categorical imperative of the search for and the transmission of truth.”

“Shoah” won prizes around the world, including a French Cesar, two British BAFTAs and awards from festivals in Berlin and Rotterdam. CC