Because the most important question for kids to ask is, ‘Why?’ | Inquirer Lifestyle ❮ ❯ 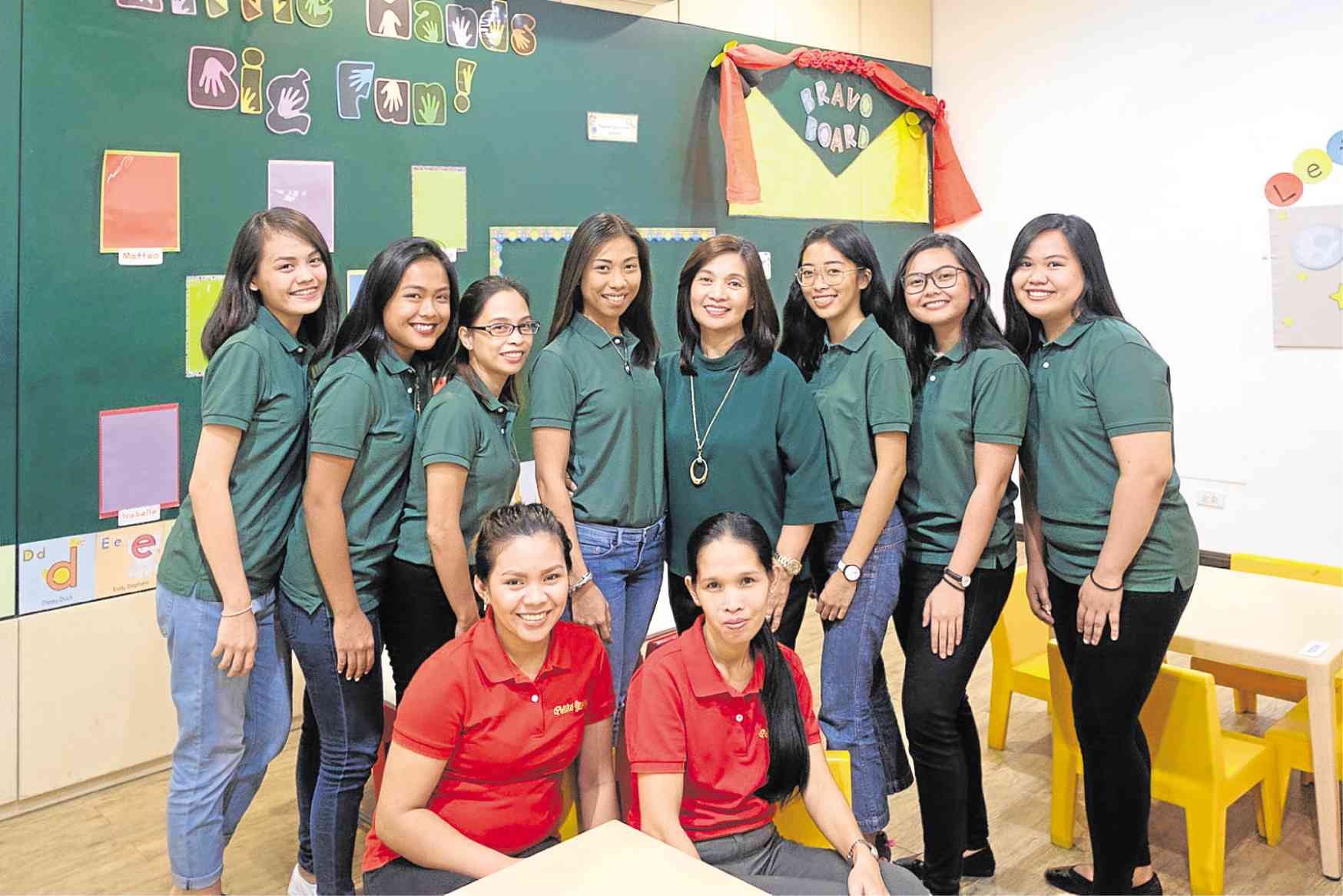 Because the most important question for kids to ask is, ‘Why?’

When students at the Petite Graine Preschool in Eastwood, Quezon City, tell their folks they spent the day playing in class, it means they had a productive day. What looks and feels like play are actually age-appropriate, goal-oriented activities, interactive and experiential approaches to learning that enhance kids’ skills and creativity.

“We get a lot of comments from parents who tell us their kids played all day. But it’s always purposeful play,” says Cat Villanueva, one of six licensed early childhood educators of the progressive preschool accredited by the Department of Education. “I really believe that children’s work is through play. It’s their natural language and instinct. They learn through play and experience a lot of things through play.”

Purposeful play for younger, naturally curious kids is sensorial and hands-on. Students use their fingers to trace numbers on tables coated in shaving cream, and learn their ABCs by jumping on cutout letters taped to the floor.

“He might have another interpretation to what he’s doing,” Villanueva explains. Petite Graine teachers then “scaffold” a child—that is, guide him by providing open-ended questions that encourage him to speak up and think for himself.

“We honor the process over the product,” she says. “In a progressive school, the children are our bosses. Here, we value what they want and how they think and we facilitate the learning environment for them.”

Encouraging a child’s growth and potential are the objectives of the school, whose name is French for “tiny seed.” To achieve this, Marides Almendras, who opened Petite Graine four school years ago, knew she would have to create an atmosphere that was fun, yet followed the requirements of a typical preschool.

“Our country’s school system in very traditional,” she says. “I came from a traditional school, as did most of us, where we memorized things and such. Did it really result in love for learning? Quite the opposite.”

Starting with six students and two teachers, Petite Graine now has 50 students, a majority of who live in condominiums in the Eastwood township. Proximity to the school allows them to either take the township’s shuttle service or walk with their parents or nannies. This convenience spares them from what Almendras calls “Hurried Child Syndrome,” a modern-day phenomenon where students are stressed from having to wake up earlier than usual for school or eat breakfast and change clothes in the car during rush-hour traffic.

Aware that even the slightest difference in children’s ages can have a huge impact on their learning, she assigned students by level: Play School (1.8- to 2.9-year-olds); Nursery (2.9- to 3.9-year-olds); Kinder 1 (3.10- to 4.9-year-olds); and Kinder 2 (4.9- to 6-year-olds). Younger students go to school in the afternoon, while the older ones attend classes in the morning to get used to the schedule of a regular school.

Quality learning is further enhanced through the ratio of teachers per student. Two teachers and a teacher aide are assigned in a class of no more than 10 students for the younger levels and 17 students for the older levels.

Even the classrooms are thoughtfully designed. Learning centers for writing, arts and crafts, math, science and others are positioned in different parts of the room, and everything is labeled—from tables and chairs to the shelves for the students’ bags. A child may not know how to read yet, but at his young age he would have already associated the words that he sees with the objects they represent.

For all the seeming spontaneity in Petite Graine’s style of education, this progressive preschool observes structure, too. Timetables are posted outside each classroom, and students know they cannot proceed to an activity they like without completing the ones before it.
Meanwhile, its curriculums incorporate educational methods that are aligned with Petite Graine’s fun and creative approach to learning. For reading and writing, it is one of the few schools in the Philippines to use Letterland, an award-winning literacy program that teaches phonics via storytelling. Students learn math through the Singapore Method, which teaches numbers through a three-step process: tactile (playing with real objects), pictorial (drawing the objects) and abstract (adding numbers to the objects).

In Theme Discovery, a topic of choice is explored and injected with science and math. When students kept talking about their new shoes, teachers took them to a shoe store, invited a cobbler from Marikina to class to make a pair of shoes, and had some of the dads come in so the kids could shine their shoes.

Eastwood provides an educational environment for the school that doesn’t confine learning to the classroom. Through an activity called Community Walk, the kids have watched how bread is made in Bread Talk bakery, interacted with barbers in Bruno’s barber shop, and made a purchase with the P50 their parents gave them in Robinsons Supermarket.

Eventually, parents realize how effective purposeful play is once their children move up to the big schools. According to Villanueva, a boy who got accepted into Ateneo surprised his mom when school administrators called her son “smart, a critical thinker. When he’s asked a question, he doesn’t just answer, he explains his answer,” she says. “It’s rare that they hear, ‘I don’t know’ from our students.”
If there’s one word parents do hear often from their kids, it’s “why.” Villanueva can’t help but laugh at the time a parent called her to say her child woke her up in the middle of the night to ask why clouds move. “I guess that’s the ‘downside’ to being a critical thinker,” she says with a smile. “It’s never-ending questioning.”

“It’s really love for learning that we want to instill,” Almendras says. “Once we put that in the minds and hearts of the kids, they can do anything. They will be studying forever, they will be open to it, they will love it, and they will look forward to it.” —CONTRIBUTED