How the Pride flag was secretly paraded in anti-LGBTQ Russia | Lifestyle.INQ ❮ ❯ 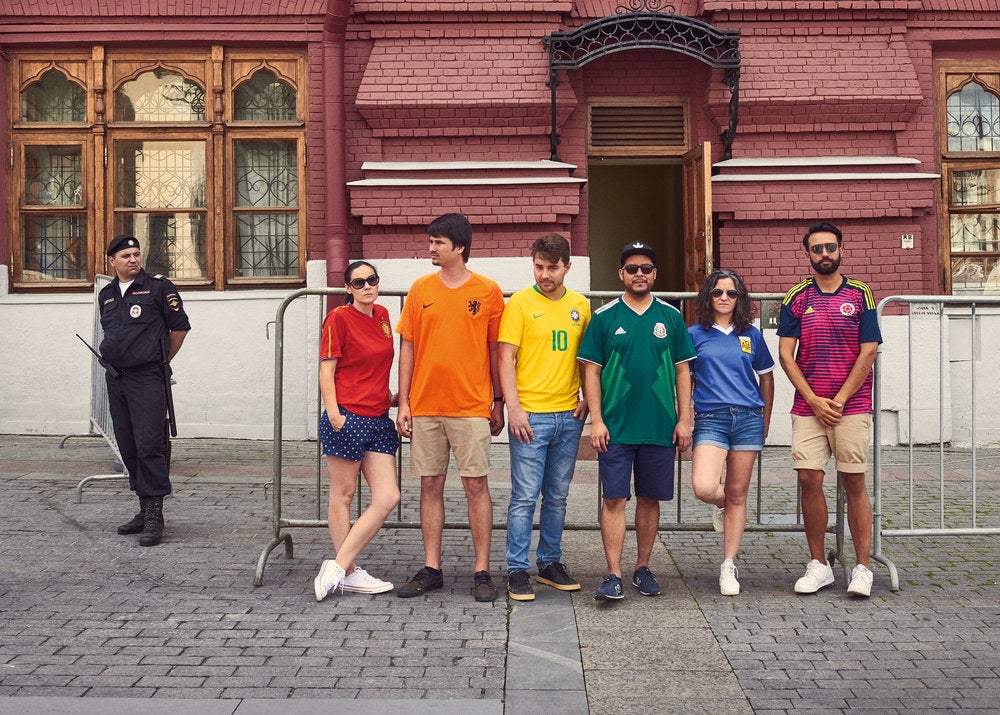 Russia may be a gracious World Cup host, but not everyone is welcome in the world’s largest nation.

Belonging to the lesbian, gay, bisexual, transgender and queer (LGBTQ) community in Russia could be life-threatening. In 2013, the socially conservative country made “gay propaganda” to those below 18 illegal.

The ambiguous law has placed a ban on Pride marches and the rainbow-colored Pride flag. It has also made being gay more dangerous, with a rise in hate crimes since the law was implemented, according to a 2017 report by the Center for Independent Social Research.

To protest Russia’s homophobia, a group of activists found a way to wear the flag in plain sight—through football jerseys.

Six protesters made the rainbow colors appear through their countries’ jerseys in the following order: Spain, the Netherlands, Brazil, Mexico, Argentina and Colombia.

Only the Netherlands was not a World Cup qualifier, and all the countries were knocked out before the semi-finals.

Neither citizens nor police seemed to bat an eyelash as they walked more or less in a straight line representing a vertical version of the Pride flag.

Márquez told BBC, “Most people were very kind to us, especially the tourists who saw us as equals. However, if they had known what we were doing it probably would have been different.”

Incidents of homophobia have also been recorded in Russian stadiums. According to Fare network, an organization that combats discrimination in European football, 12 incidents of anti-gay behavior occurred in May, while discriminatory chanting has become more rampant in Russian football in the past year.

Prior to the World Cup, UK fans traveling to the country had been warned “not to publicly display their sexuality” by the English organization Football Supporters’ Federation, reported Al Jazeera in June.  /ra

Russia asked to end alleged killings of gays in Chechnya