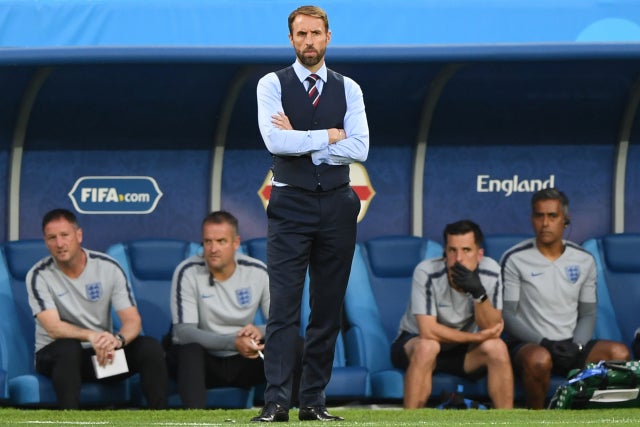 England manager Gareth Southgate’s waistcoats have become such a hit at the World Cup that the Museum of London has announced plans to acquire one for its fashion collection.

Marks and Spencer, official tailors to the England team, declared last Saturday #NationalWaistcoatDay in honor of Southgate and his team.

The Sun newspaper has urged fans to wear one on “Waistcoat Wednesday” for the semi-final clash against Croatia in Moscow.

Museum bosses said the waistcoats were helping to bring the three-piece suit back into fashion.

“The Museum of London have… announced their plans to acquire one of Gareth Southgate’s suits as part of their permanent collection,” it said in a statement.

“Southgate’s, now iconic, waistcoats, have helped bring the three-piece suit back into fashion — a trend that was started in 1666 by none other than King Charles II, who was spotted in London by (famous diarist) Samuel Pepys in what is now known as the first waistcoat.”

“Waistcoats were born in London in 1666, promoted by King Charles II,” she said. “The new fashion soon spread and for at least 300 years a three-piece suit formed a key part of every man’s wardrobe.

“Now Watford-born Gareth Southgate is reviving that London tradition and bringing waistcoats home to the forefront of fashion.” NVG

After so much humiliation, England a source of pride, unity

England, for a change, comes into World Cup under the radar