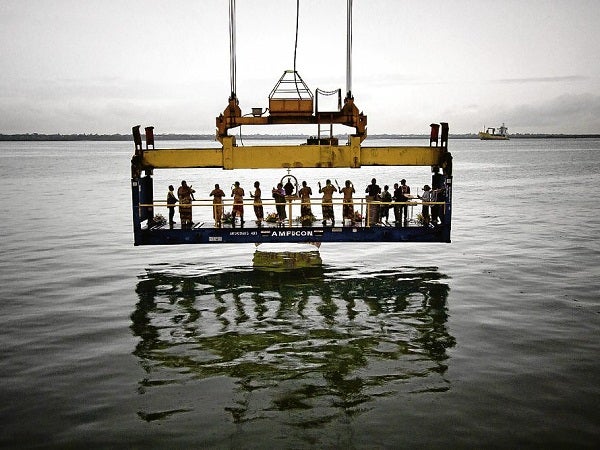 How to navigate the Sinulog Festival–a photographer’s guide 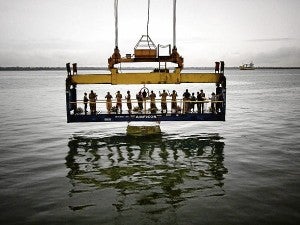 It is a celebration of the Cebuano’s acceptance of Roman Catholicism symbolized by the image of the baby Jesus, or Senyor Sto. Nino to the locals. It also represents one of the biggest and most well-attended photography contests in the country.

Every year the number of competing photographers seems to increase, so this year the Sinulog Foundation has put a cut-off at 2,000 photographers. So that means there will be at least 2,000 photographers running around Cebu during the Grand Parade on Sunday, dressed in their Canon-provided attire, all trying to get that winning shot. Wearing the prescribed attire and ID is a requirement by the Sinulog Foundation to enter the cordoned-off area where the contingents pass, so if you’re a participating shutterbug, make sure you don’t wear it the day before.

Here is a small guide to help you navigate your way through the nine days of festivities.

Cebu is full of hotels and inns, but if you don’t have one booked by the time you read this, you better get on the Internet. The best place to get accommodation is right along the route—on or near Gen. Maxilom, Osmeña Blvd., P. del Rosario, Imus Rd, all good enough to give you immediate access on Sunday during the Grand Parade.

Mango Park Hotel. Located near the end of Gen. Maxilom Ave. near Jollibee, this is a great budget boutique hotel. Price is normally around P2,500 per night during Sinulog, inclusive of breakfast. Rooms are small but clean and pretty safe. The nice thing about it is that it is located at a point along the route where taxis can still reach during Sunday Grand Parade. Well, almost, as you still need to walk about 10 minutes to get a cab, but that’s much better than being located near Fuente Osmeña Circle where no vehicles can enter.

Crown Regency Hotel. Better known as the hotel with the ride that tilts you to the side of the building. It is located right in the center of the activity during Sinulog Sunday, on Osmeña Blvd. near Fuente Osmeña Circle. The rates range from P7,000 to P9,000 inclusive of breakfast. It also has a grandstand at the front of the hotel for guests to have a better vantage point during the Grand Parade.

Radisson Blu. One of the newer hotels in Cebu, located right next to SM Mall. It’s a great option if you want a place outside the festivities, yet close enough to get in and out. It is also a choke point for transportation, since there are a lot of jeeps, buses and taxis that drive by. You just have to fight your way into one of them. But being close to SM Northwing with its multiple restaurants and shops gives guests a different attraction if they tire of the festivities.

Food is something never to miss out on when visiting Cebu, but more so during Sinulog, when the food somehow seems to taste better during this time of year.

Abuhan. Along F. Ramos near Robinsons is the home of the Sizzling Pochero, which we know better as bulalo. While it can be served also as a soup or stew, the sizzling version served on a hot plate and doused with gravy is just to die for. The place gets full fast, so if you can’t find a seat then head on over to Abuhan Dos, which is an extension right next door.

Casa Verde. Another must-try, on Lim Tian Teng St. near F. Ramos. The bestseller here is Brian’s Baby Back Ribs. The serving is quite big and can be shared.

Café Laguna. A staple in Cebu for Filipino-style cuisine. Located both in Ayala Mall and SM, this is somewhere I go to when I can’t decide what to eat and want to have a little bit of everything. My favorites are the crispy tadyang and the sizzling bangus belly.

Tinderbox. It serves a variety of French-Mediterranean dishes. Located in Banilad just below the Cobonpue designed Z-Bar, the resto’s lamb burger is simply amazing—thick lamb patty served on a whole-wheat bun, cooked to your liking and goes best with a glass of Pinot Noir or Merlot.

Looking for a good vantage point during Sinulog is probably the biggest challenge to any photographer. With thousands of people all over the streets it’s hard to find that unique shot that will define one’s Sinulog experience. However, if one is resourceful enough and willing to get down and dirty, then here are some locations to consider:

Fluvial procession. The traditional boat ride the Sto. Niño takes back to the Basilica on Saturday morning.  Thousands line the banks between the new and old bridge to catch a glimpse of Senior Sto. Niño.  In the last couple of years, I have been fortunate enough to enter the port area right across from SM. It’s an ideal spot, as the employees traditionally lower a container mover over the water as the fluvial procession passes by right in front of it. So whether you are hanging over the water or just at the dock area, one gets a great frontal view of the procession. Also, not too many people get to go into that area, so it’s not hard to find a great vantage point.

Night Mass. Shooting the night mass is one of the most sought-after shots in the whole Sinulog as the place is generally packed. Getting there early, especially on Saturday night, is a must as you will have to push and squeeze your way into the Basilica courtyard where the final Mass is traditionally held.  There are three vantage points to look out for once you make it inside the grounds. The first is inside the Basilica through one of the elevated windows overlooking the courtyard. Kudos if you can get in. It gives a great view of the grounds leading to the main stage where the mass is held. The second is in the building on the opposite side of the courtyard, for an opposite view from the Basilica. Finally, there are the elevated walls with stone bleachers that line the courtyard. If you can squeeze your way up, there is also a good vantage point that provides a different shot of the grounds.

Grand parade. The main highlight of Sinulog, where thousands throng the streets to watch the contestants show off their dances and costumes to the sound of “Pit Senyor.” Traditionally, the best place to photograph contingents is on Osmeña Blvd. It is the widest street in Cebu leading to the Cebu Sports Complex where the final acts are judged. Unfortunately, with thousands of photographers having the same idea and little control from the organizers, it’s practically impossible to get a clean shot of the contingents without getting a couple dozen photographers in the frame as well. Suggestion here would be to switch to a wide-angle lens and be on the street. Photographers tend to congregate between Fuente Osmeña Circle and Crown Regency Hotel, so try to find a spot away from there. Shooting on one of the other streets like Gen. Maxilom or P. del Rosario often yield better results. Wherever you end up shooting, get there early so you can also photograph the contingents setting up, and for some interesting isolation shots before the parade starts.

Street party. Cebu is one big street party during Sinulog, so practically anywhere you go there is a party to go to. If you don’t want to stray too far away from the main parade grounds, there is Mango Square, with several bars to go to and the street normally full of revelers till the wee hours of the morning.

If you are staying in one of the big hotels in the city, such as the Waterfront and Marco Polo, they also offer Sinulog-related activities. Those who prefer the club scene will have their fill of parties at The Penthouse, Club Vudu at Crossroads and even at the Convention Center. It’s always good to go in groups so that you can keep an eye out for each other.

Once the partying is done and you have somewhat recovered and realized you have to start making your way to the airport, there are two last places to visit to complete your Sinulog experience. The first is the dry fish market of Tabo-an.  While many cities around the country probably have something similar, Tabo-an impresses with its sheer size.

Visitors can take their pick of dried danggit, pusit (squid), and dilis while taking in the pungent aroma of these dried delicacies. Actually, the smell sticks to your clothes, so it’s best you visit this place before you check out. You can take a shower before heading to the airport.

Finally, if you still have time, drop by CNT next to SM for a couple kilos of Cebu lechon, if you haven’t had your fill of it. The store can box it for you ready for check-in, so you don’t have to handcarry it on the plane.

Sinulog is an annual celebration that is hard to capture with just one visit. More than likely, once you have captured that one amazing shot that defines your experience, you would want to go back for another. But one last advice before you go out: Make sure you dress comfortably, and stay well protected from the elements. Stay hydrated throughout the day and take a break when you need it. Trust me, you won’t run out of subjects to shoot.

And if you are planning to enter the photo contest, make sure you read the rules carefully as they are very strict with compliance.

See you all in the streets.