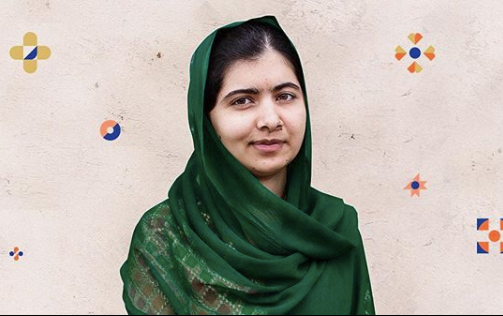 Yousafzai, who only joined Twitter last year after finishing high school, shared her first ever Instagram picture yesterday much to the joy of all her admirers.

“Hi, Instagram! So happy to be celebrating my 21st birthday in #Brazil!” Yousafzai wrote.

Her photo showed her on a balcony somewhere in Salvador, Bahia, in Brazil. As she gazed at the camera, a crowd can be seen behind and below her taking photos of a scene happening down on the street.

In her second post, she showed a picture of her posing with some ballerinas from Rio.

“So grateful to my friends @elainewelteroth @eljuanpazurita and @jeromejarre for joining me on my first trip to #Brazil,” wrote Yousafzai. “Today we met some little ballerinas in Rio.”

When Yousafzai turned 18 back in 2015, she celebrated it by opening a school for Syrian refugees. Funded by the Malala Fund—the official organization co-founded by Yousafzai—the school was put up at the Bekaa Valley in Lebanon near the Syrian order, and can house around 200 female students. The female students, ages 14 to 18, may opt to earn a baccalaureate or a vocational degree.

This year, Yousafzai is spending her birthday helping out the most vulnerable girls in Brazil. Her trip to Brazil, it’s apparent, is not out of leisure but for a bigger mission.

Brazil, one of the world’s largest economies, has around 1.5 milliion girls out of school. Yousafzai, on her end, is using her platform Malala Fund to help put these girls to school by asking for donations instead for her birthday.

Yousafzai, too, is making the most out of her stay in Brazil and went around to meet the girls from the Tupinambá and Pataxó tribes last July 10 to hear their stories.

“For many indigenous girls in Brazil, the journey to school is almost longer than the school day itself—and facing discrimination makes it even harder to stay in school,” wrote the Malala Fund on its Instagram page.

“Today Malala met girls from the Tupinambá and Pataxó tribes and discussed what life is like for girls in their communities.”  /ra
RELATED STORIES: