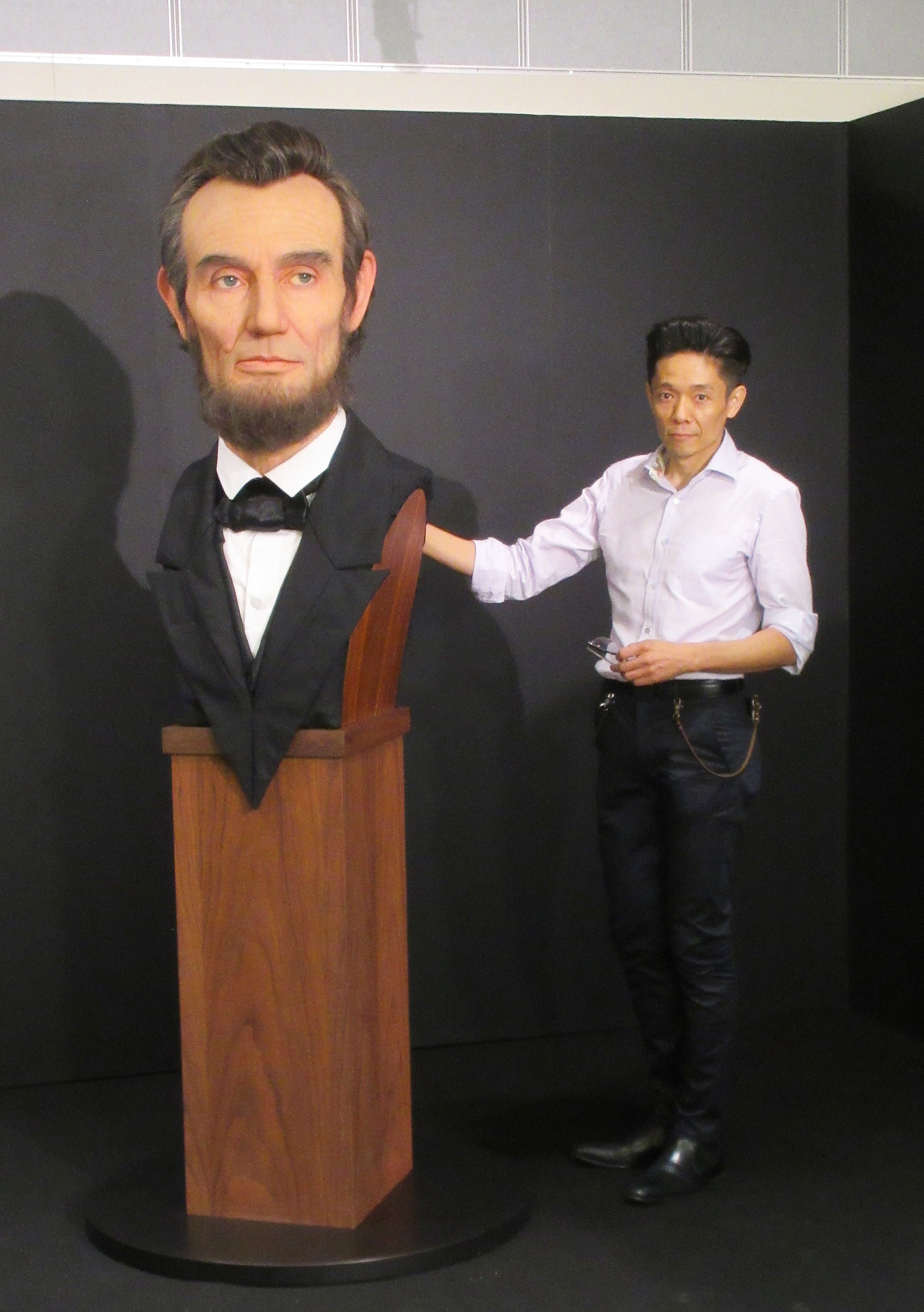 TOKYO — Kazuhiro Tsuji, who won the Academy Award for best makeup and hairstyling for “Darkest Hour” in March, is currently displaying his prowess in his homeland of Japan — this time as a hyperrealist sculptor. Two of his works, three-dimensional portraits of Abraham Lincoln and Andy Warhol that are both double life-size, are on show at an ongoing exhibition in Tokyo.

The event, Entertainment Art Exhibition 2018, will last until Wednesday at the O Art Museum in Shinagawa Ward.

After working 25 years as a special effects makeup artist in Hollywood, Tsuji shifted focus in 2012 to fine art sculpture. His works are made with resin, platinum silicone and many other materials. This is the first public display of his sculpture work in Japan.

Both Tsuji’s “Lincoln” and “Warhol” look extremely real and as if they’re about to tell us something that’s on their mind.

“I’ve been interested in human faces since I was very young,” Tsuji said at a preview of the exhibition for the media. “My work doesn’t move, so I think hard to express various aspects and emotions of the person who is the subject. I also do a lot of research on that person’s details, such as their life and ways of thinking, and then discuss it with my inner self based on the data.”

Comparing working as a film makeup artist and a sculptor, he said: “Both involve a process of having some image at first and creating it in reality. But when working on sculptures, unlike for film, I should be proactive, otherwise nothing happens. I like this, and it makes me grow mentally.”

He said he is thinking about holding a solo exhibition in Japan in 2020.

The Entertainment Art Exhibition started as a charity event in 1999. It has been held annually for such purposes as supporting efforts for preserving cultural assets and helping victims in natural disasters.

Each time the event features works by a wide range of celebrities, whose number has been gradually increasing, this time exceeding 100.

This year’s displays also include a watercolor by Prime Minister Shinzo Abe, a digitally created illustration by Chinese cosplayer SeeU, and a uniform worn by speed skater Nana Takagi when she won the 2018 Winter Olympic Games.