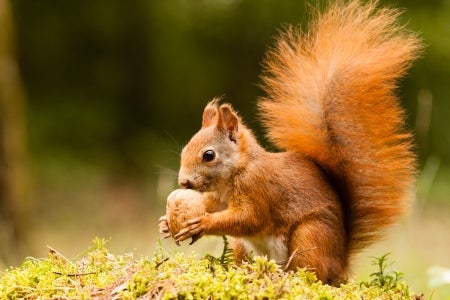 A woman in the suburban town of Harrow in London, England called the police to catch what she thought was a burglar in her home — but it turned out to be just a squirrel.

The unidentified woman first heard loud noises from the downstairs area of her home, Thursday morning, July 12. Convinced that a burglar was making the noise, she did not hesitate to call the Harrow Borough Police, reports Get West London.

When police arrived on the scene, they found that the woman’s kitchen was “a mess.” Also, they did not expect that their suspect would be small and furry: a “rogue squirrel” as the report cited, being the cause of the ruckus.

The police shared the incident via its Twitter page the same day, which spurred several reactions from netizens.

Officers from #harrowAteam called to an address in #harrow, the occupant could hear noises from downstairs and believed she was being burgled. Turned out the “suspect” was a rogue squirrel 🐿 pic.twitter.com/Y9ozBG8hpX

As for the squirrel, the creature was not arrested and police filed no charges against it. Katrina Hallare/JB

LOOK: Michigan student saves squirrel’s life through CPR, thanks to lessons from ‘The Office’