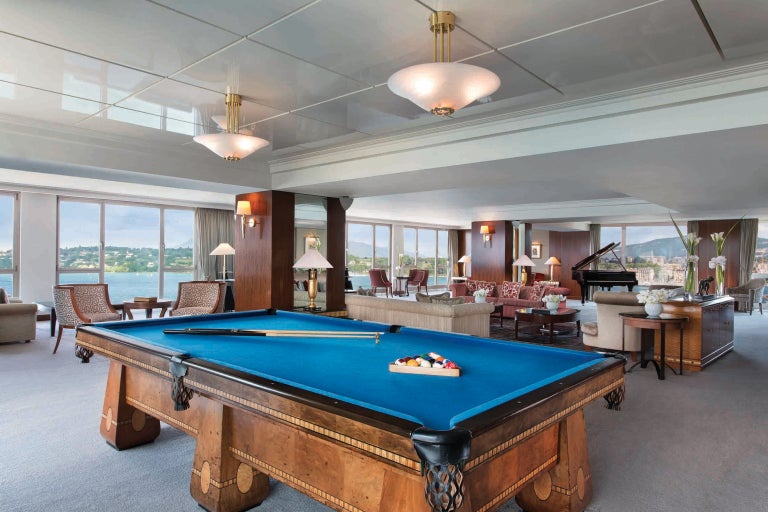 One night in the world’s most expensive hotel suite will set you back an eye-popping, outrageous, some might say outlandish $80,000 (over P4 million) a night.

In Elite Traveler’s list of Top 100 Suites 2018, Hotel President Wilson in Geneva takes the title of world’s most exorbitantly expensive suite for its Royal Penthouse Suite, a 12-bedroom apartment that takes up the entirety of the hotel’s eighth floor.

Fun fact: guests who shell out $80,000 per night are handing out more money than the median United States household income earned in one year, which in 2016 was about $59,000, according to the U.S. Census Bureau.

For the VIP guests, including heads of state, the suite has been designed to provide maximum security with bulletproof windows, a panic button, private elevator and reinforced safe.

For musical guests, it comes with a Steinway grand piano, and for bookworms, a collection of antique books.

All 12 bedrooms are also accompanied by their own marble bathrooms, which are kitted out with Hermès amenities.

The suite itself also offers sweeping, panoramic views of its waterfront location, along with Mont-Blanc in the distance.

It goes without saying that at $80,000, the suite also comes with a personal chef, butler and security team.

Meanwhile, the list of the world’s most expensive hotel suites is mostly represented by properties in the U.S. and Europe.

Rounding out the podium is the five-bedroom Terrace Suite in New York’s The Mark hotel at $75,000, and the Penthouse Suite at the Grand Hyatt in Cannes, France, which costs $53,200.

Here are the cities and countries that host some of the most extravagantly priced hotel suites in the world:

Legroom is shrinking but so are security wait times, says report