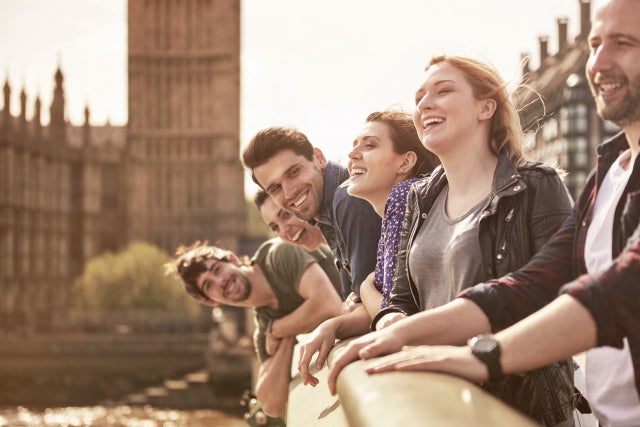 According to Nestpick's data, London is the most expensive city for studying abroad, with a first-semester living cost of €12,450.49. Image: IStock via AFP

London is Europe’s most expensive city for studying abroad

With a first-semester living cost of €12,450.49, the British capital is Europe’s most expensive city for studying abroad. The data hails from the German furnished lettings platform, Nestpick, which compared how much students might have to shell out during a first semester studying in 49 European cities.

Nestpick, a search engine for furnished apartment rentals in Europe, investigated the cost of rent, internet access, food and drink, transport, and EU tuition fees to determine the cost of an initial semester studying in various European cities. The study used the most prominent higher education establishments in each of the 49 cities as its point of reference.

Rent, as well as food and drink, are particularly costly in certain cities. In London, for example, monthly rent comes in at €524.23, while a month of food and drink in Zurich costs €1,018.02. Note that no tuition fees are charged in Stockholm, Copenhagen, Helsinki and Athens — at least not for the universities used for the purposes of the study.

At the other end of the scale, the Romanian capital, Bucharest, is the least expensive European city for studying abroad thanks to low rents (€91.92 per month) and low monthly food and drink costs (€251.70). However, the significant €1,320 tuition fees push up the total semester cost to €3,583.11.

Europe’s two other least expensive destinations for studying abroad are Bremen in Germany, with a total semester cost of €3,791.70, and Athens, at €3,639.79. CC

Cost of studying abroad worth it, says grad