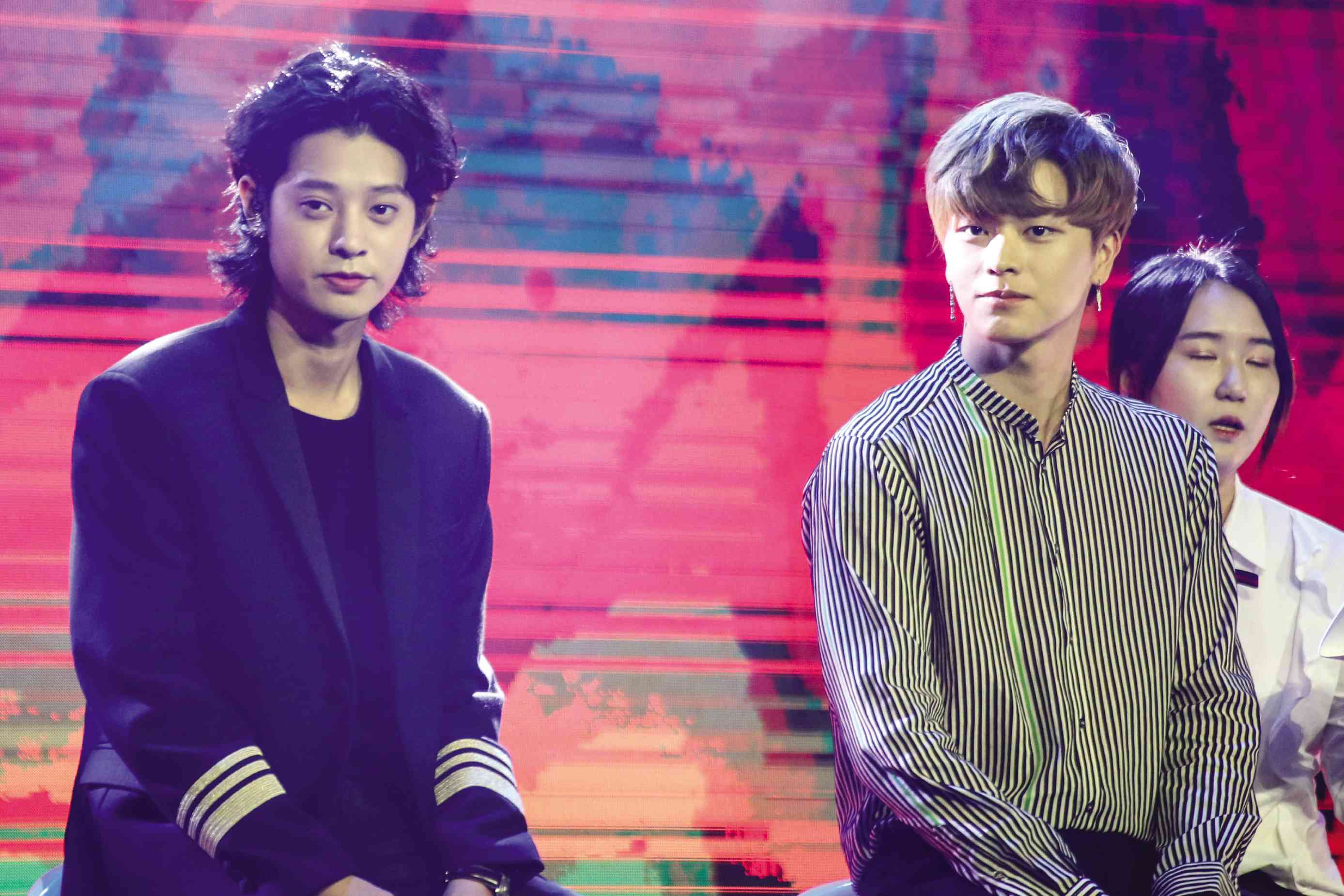 Jung Joon-Young and Yook Sung-Jae will be back for the finale of “Hello K-Idol.”

What do you get when you add 10 aspiring K-Pop idols, three mentors and two real-life South Korean idols to serve as inspiration? You get a talent search that could possibly launch the career of the first Filipino K-Pop idol.

The next question that should be asked is this: Is it possible to have a Filipino K-Pop idol? Being a foreigner is definitely a disadvantage, learning Korean is a must. But it’s not impossible.

There are non-Korean K-Pop idols who have a successful career after their debut. For example, Got7’s BamBam and BlackPink’s Lisa are Thai; Twice’s Mina, Momo and Sana are Japanese and Lai Guan-Lin of WannaOne is Taiwanese.

Therefore it is not impossible that the newest talent search from Viu and Globe could launch the career of the first Filipino K-Pop idol. “Hello K-Idol” is the first Viu Original reality show. The show will be featured in online webisodes for over 10 weeks from July to September. Behind-the-scenes footage will also be included.

The program will follow the progress of the 10 trainees who passed the audition process in May. They were chosen according to their potential in singing, acting and dancing. They should also possess the aegyo charm. The age range of the finalists is 18-27 years old. The first season will feature all-male trainees.

“On our platform alone, 75 percent of our viewers are female, so we thought it would be great to kick off with a male band because of our female base,” said Viu Philippines country manager Arianne Kader-Cu.

Mentors include singer Morisette, Korean singer JinHo Bae and choreographer Dasuri Choi. They will be trained to sing, dance, act and style themselves. The trainees will also get to interact and seek advice from Yook Sung-Jae and Jung Joon-Young. Jung is a singer, actor, host and a cast member of “2 Days & 1 Night.” He already has some words to say to the trainees.

“The fact that you don’t give up is the most important thing as you go through the journey,” he said during the launch of the show at ABS-CBN Vertis Tent in Quezon City last Friday.  Jung announced that he has an upcoming fan meeting in Manila on September.

Yook is the vocalist of BTOB, a cast member of “All the Butlers” and he played the role of Deokhwa in the series “Goblin.”  On their first meeting with the trainees, he agreed with Jung that the trainees should not give up.

“You have good mentors to learn from. Do not be scared to learn from them,” Yook said.  He also had his first fan meeting in the country later that afternoon.

The final winner of the competition will get a four-month scholarship to learn vocals and dance at a prestigious entertainment talent school in Korea.  More training as a major prize?  Of course! K-Pop idols put in years of hard work before they even debut. Some like Taemin of SHINee started training when he was just 12 years old before he debuted at 15.

K-Pop idols are made, not born. “Hello K-Idol” will give us a preview of how a Filipino can be an idol.

“Hello K-Idol” will start streaming on Viu this month.