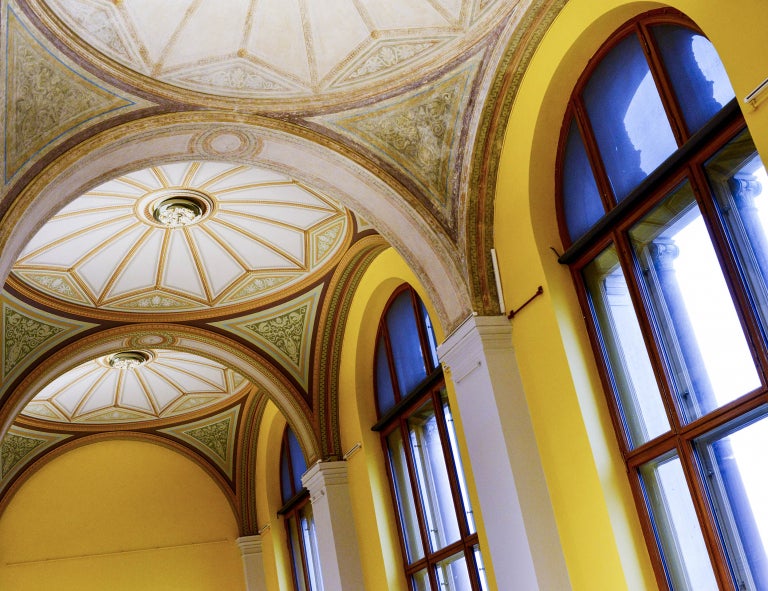 Nationalmuseum, the Swedish Museum of Fine Arts and Design in Stockholm, has announced it will reopen to the public on Oct. 13 following a five-year transformation that has added color, light and new areas for viewing art while highlighting the building’s architectural heritage.

Among key changes, more than 300 windows in the building, most shuttered since the 1930s, have been opened to create light-filled spaces, while the interior design features a new color scheme that takes its inspiration from the original 1866 design.

Two original courtyards have been reopened for public use, creating space for a strikingly modern elevator tower and a new sculpture courtyard displaying works from the museum’s collection. Those two courtyards and the entrance hall have been merged into a single, open space that likewise houses a new restaurant featuring original interiors.

Increased display space is another key feature of the transformation, and the main visitor route, which runs in a two-story spiral through the museum, will offer a chronological display of international masterpieces and works by Nordic artists.The newly installed Treasury is home to more than a thousand small objects, including the 600 portrait miniatures in the museum’s collection.

Nationalmuseum will reopen with three temporary exhibitions, highlighted by the first show in the Nordic region of paintings by John Singer Sargent. “Design Stories” will explore current trends in Swedish design through the work of ten prominent designers, while a presentation by A&E Design will showcase the ergonomic everyday objects created by the design company, which was founded in 1968. JB