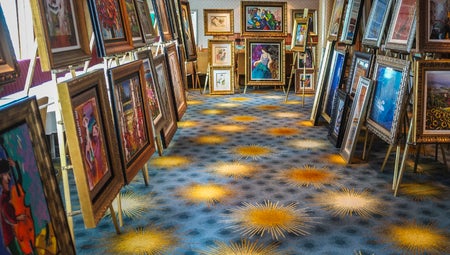 NEW YORK (AP) — A New York City art dealer who bought the contents of a New Jersey storage locker filled with paintings for $15,000 says he got more than he bargained for.

He found half a dozen paintings he believes were done by artist Willem de Kooning, whose works have sold for millions of dollars at auction.

The New York Post reports David Killen bought the contents of the Ho-Ho-Kus (hoh-HOH’-kuhs), New Jersey, locker last year. The paintings were originally from the studio of art conservator Orrin Riley, who died in 1986, and his partner, Susanne Schnitzer, who died in 2009.

The paintings aren’t signed, but Killen reached out to an expert who’s confident they were done by de Kooning, an abstract expressionist from the Netherlands who moved to the United States and died in 1997. CC

Middleman in the art market