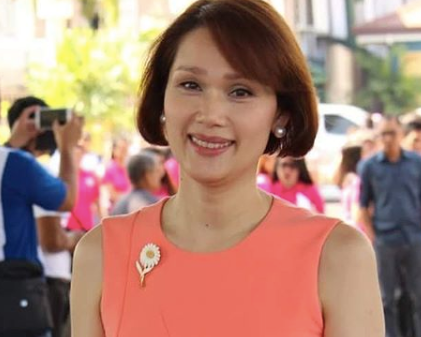 Bataan 1st District Rep. Geraldine Roman said it is up to pageant organizers to decide if they would allow transwoman to join pageants, which historically were intended only for natural-born women.

“As long as the organization allows it, there’s nothing wrong, but again, that still depends on the organization itself,” Roman told reporters at the sidelines of the third State of the Nation Address (Sona) of President Rodrigo Duterte on July 23.

The Miss Universe pageant is fast approaching, and there has been a robust debate on whether to allow a transwoman to compete in the pageant or any beauty contest.

The Philippines’ Miss Universe bet Catriona Gray has said she doesn’t see any problem in allowing a transgender to compete in the pageant. Just like Roman, she also believes that everything depends on the Miss Universe organization.

Other pageant veterans, including Reina Hispanoamericana 2017 Winwyn Marquez, disagree. Marquez has openly expressed that she’s not comfortable with transgenders joining the pageant.

She, however, clarified that she loves the Lesbian Gay Bisexual Transgender and Queer (LGBTQ) community and has nothing against them, but she believes that transgenders should be given another platform to showcase their beauty and advocacy.

Roman is the first transwoman elected to the Congress of the Philippines. As a member of the LGBTQ community herself, she champions gender issues and advocates equality in all aspects of life.

She received massive commendation and support from the LGBTQ community when she won a seat in Congress. /ee

READ: Survey: 90% say no to transgenders in local beauty pageants