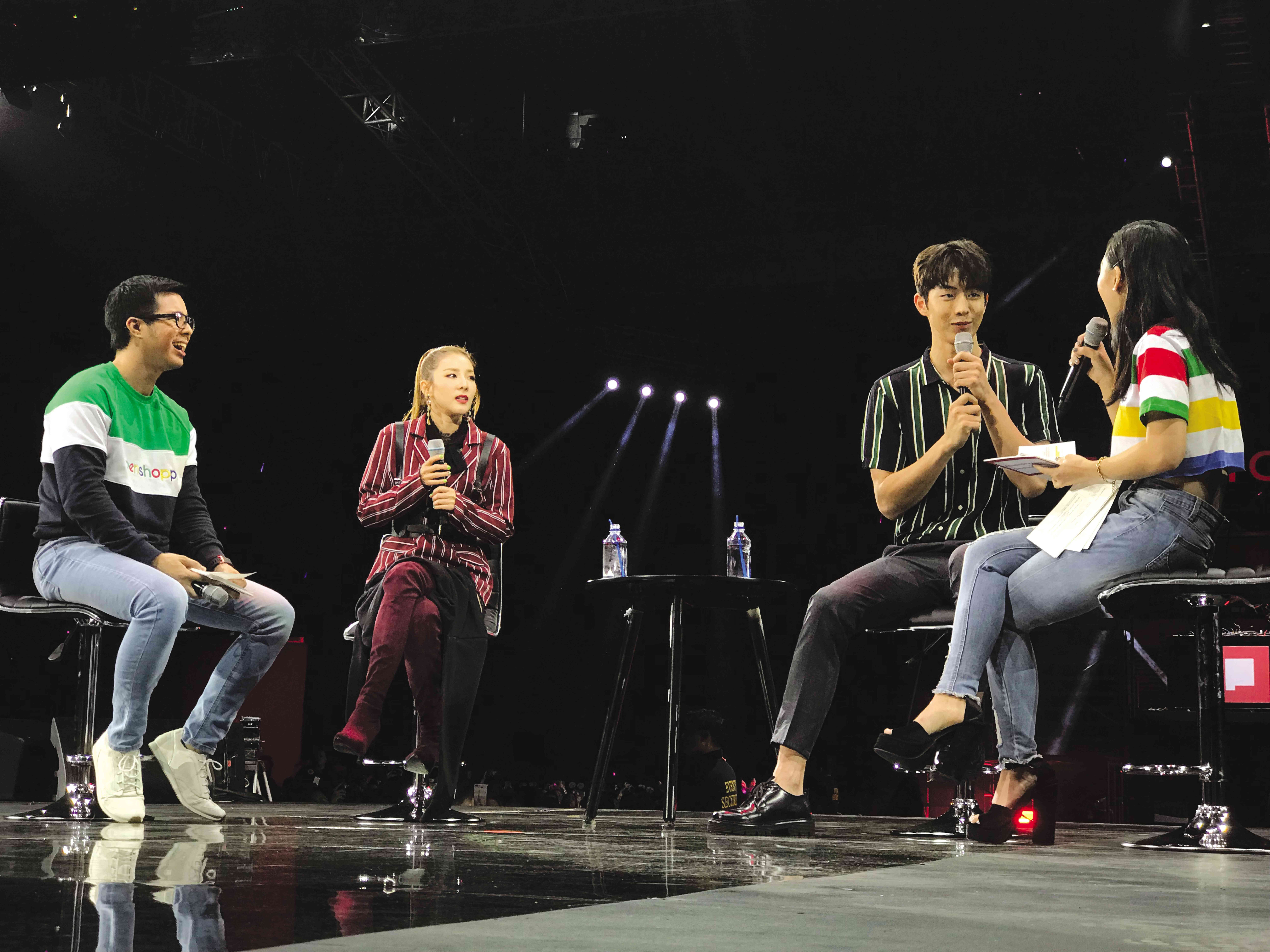 Sandara Park is the reason why Nam Joo-hyuk came to Manila.

She was asked during one of the casual meet ups she had with Penshoppe executives on who she can recommend as a male model for the brand.

“I said Nam Joo-hyuk. Chicken! And then one day, tada… I am working with him,” she said laughing during the press conference held at the Mall of Asia Arena last Sunday before the Penshoppe FanCon in the afternoon. This is not the first time the 2NE1 member, vlogger, model and actress has shown her support to fellow YG Entertainment talent. She once showed preference for him over Park Bo-gum in Kang Seong-hyun’s Hyoni TV.

She revealed that Nam is fun and friendly to work with.  It dispelled her initial impression of being snobbish because he is good-looking. She said that she hopes that she would be working with him soon in a romantic comedy drama or movie.

Park spoke to the press in a mix of English and Filipino. She often joked and laughed with the members of the press, making the atmosphere feel relaxed and casual. She made her longing for sinigang quite known. Only a few minutes is needed for you to feel that her heart is Filipino.

She said she wants to visit more places like Greece and Egypt, but her priority is Batanes. The only thing that is stopping her from going there is her fear of losing Wi-Fi. When her Korean friends come over to the country, she knows exactly where to take them.

She gives them reasons why they should visit the country.

“The number one is the people. I always tell them that the Filipino people are so friendly. The second one is the food. The third is the beautiful beaches,” she said.

She showed her krung-krung (crazy) side during the press con when she spoke of fashion. South Korea is currently experiencing extreme heat wave.

One Valentine’s Day, however, she once wore a red dress with a big ribbon.

“Parang ako ’yung gift. Nakakahiya pero that happened,” she said. She now prefers to stick to the basic of white shirt and jeans.

Park is currently part of the beauty show “Mimi Shop” with H.O.T’s Tony Ahn and “Produce” mentor and rapper Cheetah. She also said there is a local movie that she will work on as soon as both she and her leading man find the perfect timing.