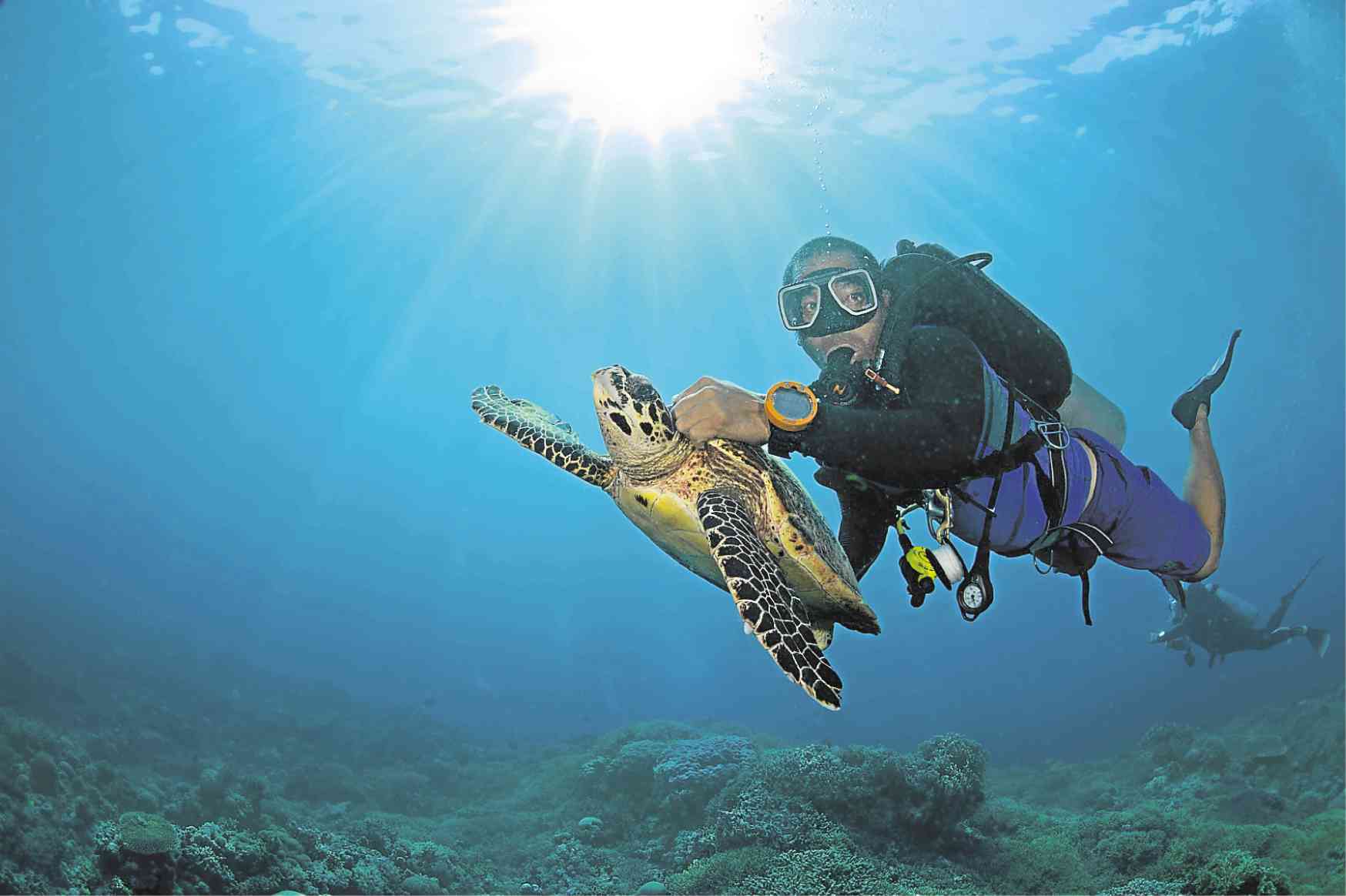 The proclamation turned this jewel among Philippine reefs—all 97,000-plus hectares of it in the middle of the Sulu Sea in Palawan—into a “no-take zone,” legally protecting this important center of marine biodiversity of the country as well as the world.

In 1993, the United Nations Educational, Scientific and Cultural Organization (Unesco) reaffirmed this by declaring Tubbataha the only purely marine World Heritage Site in Southeast Asia.

“It feels like we have a mature protected area,” says Angelique Songco, Tubbataha’s maverick protected area superintendent (PASu) since the park’s establishment. “We have learned a lot these past three decades, but in many other aspects, we need more sophistication to tackle new and emerging challenges.”

Songco quotes the park’s new tagline, which the Tubbataha Management Office (TMO) is using with its new logo for the anniversary: Reefs for Keeps.

“These reefs must be for keeps if we know what’s good for us, and we need to evolve with the changing tides and times.”

For this milestone, celebration begins today at SM Puerto Princesa, to feature a photo exhibit, storytelling for children, and other activities until

Aug. 17. TMO wants to recognize people from different sectors who have helped the park survive and thrive. “Through their work, they have raised the profile of Tubbataha here and abroad, and enhanced the protection of the reefs.”

To recognize such supporters, TMO sought inspiration from the marine version of the Big Five wildlife species of the rich African savannahs, Songco says, as suggested by divers and conservationists.

“In the end, we concurred that Tubbataha’s Big Five would be species cherished by the scuba diving community, and that are rare or internationally protected.”

All of them are also in danger of being wiped off the face of the earth due to problems like illegal fishing and habitat destruction, with Tubbataha providing one of the last refuges on the planet.

The final list consisted of the dogtooth tuna (Gymnosarda unicolor), a commercially important species that, like other species of tuna, has been seriously fished out in many areas; the giant manta ray (Mobula birostris), the graceful creature now vulnerable to extinction; the hawksbill turtle (Eretmochelys imbricata),  protected worldwide, but still critically endangered because of egg and shell collection; the Napoleon wrasse (Cheilinus undulates), known locally as mameng, now in danger of extinction; and the tiger shark (Galeocerdo cuvier), one of Tubbataha’s flagship species, now mostly seen only in the park.

Recognizing the 2018 Tubbataha Big Five Awardees could not have come at a better time, after three decades of existence—sometimes precarious and embattled, but always fulfilling.

Rep. Antonio Alvarez championed the first Tubbataha Reefs Natural Park (TRNP) Act, Republic Act No. 10067, that was approved and enacted into law in 2010, strengthening the mandate of the Tubbataha Management Board.

The photo and video team of Marissa Floirendo and Tet Lara, through the Antonio O. Floirendo Foundation Inc., produced the award-winning video, “Reefs” and the first coffee-table book on the park, “Tubbataha: A National Treasure,” in 2016.

All profits from book sales went to the TMO, and Lara exhibited her photos at the Oceanographic Museum of Monaco later that year.

Patricia Zobel de Ayala, honorary consul to Monaco, made the exhibit possible, and got His Serene Highness Prince Albert of Monaco to the Philippines, and into the water. She organized a photo exhibit at Glorietta 4, which was viewed by over a million people.

Marvi Trudeau is project manager of the Pilipinas Shell Foundation Inc. (PSFI) in Palawan, which has funded research, enforcement and environmental education for the last eight years. Marvi’s baby is the Tubbataha Youth Ambassador Program, an investment in Tubbataha’s future stewardship.

Tubbataha may not have the budget for massive advertising, but huge billboards in national airports have brought the images of Tubbataha to  thousands of people. This is thanks to advertising agency Digichive and its sales director, David Huang.

Thanks to such support, Songco says, Tubbataha has been recognized as one of the best managed marine protected areas in the world—not bad for a park that subsists mainly on tourism revenue and private efforts.

The TMO will give such awards every five years. Here’s also hoping the marine animals that inspire us, Tubbataha’s Big Five, will still be with us by the time the 35th anniversary rolls around.