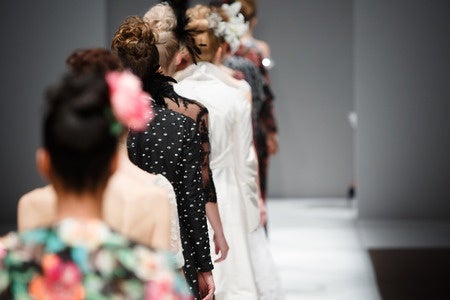 Helsinki Fashion Week to impose ban on leather from July 2019

According to a statement issued Monday, August 13 from the animal rights group PETA, the organizers of Helsinki Fashion Week have pledged to ban leather clothing and accessories from July 2019.

Though not yet on par with such major fashion capitals as Paris, Milan, London and New York, the city of Helsinki has made headlines following a decision by the organizers of its fashion week to impose a ban on leather, which will come into force in July 2019.

The decision was made in response to a letter from the UK branch of PETA (People for the Ethical Treatment of Animals) encouraging the fashion week organizers to take the initiative, as a PETA statement explains.

Helsinki Fashion Week has broken new ground with its ban on animal leather, but it is by no means certain that that other fashion capitals such as Paris, London and Milan are ready to follow suit.

However, in recent months, several high-profile designers and fashion houses have announced decisions to stop using fur in their collections, such as Gucci, Versace, Michael Kors, Giorgio Armani, Hugo Boss, Ralph Lauren, The Kooples, Calvin Klein, DKNY and John Galliano. Others, such as Stella McCartney, have never used animal skins of any kind, including leather, in any of their collections. NVG