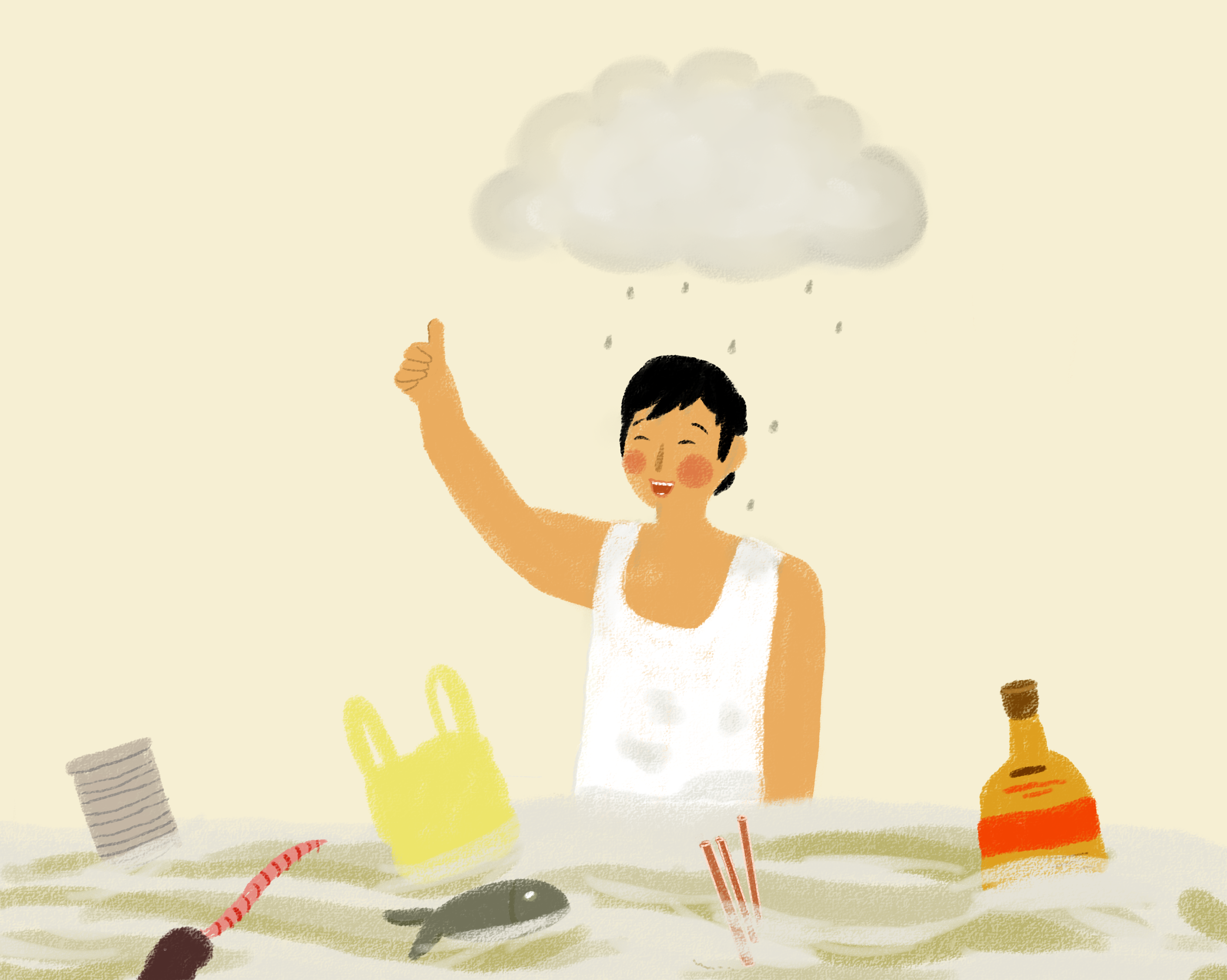 La Sallian: “Ermaggerd, it’s like you’re making lusong lusong in the baha and the water is like above the knee? Errwwwhhh.”

Thomasian: “In the name of the Father and of the Son and of the Holy Spirit, Amen…” Blobbb, blobbb blobbb (swims in España Boulevard).

That’s an old college joke which captures the eternal problem of floods and Filipinos’ peculiar character of laughing at the situation.

Recall scenes of evacuees smiling behind a reporter as he delivers the news live on TV, children frolicking in floodwaters and commuters taking selfies while stranded in the streets.

To feel positive in such depressing situations has become a therapy and a curse as well. It cushions the impact of calamities, but it also distracts the people from addressing problems.

The heavy monsoon rains last week triggered floodwaters to rise to red alert levels that nearly matched that of tropical storm “Ondoy” in 2009. In Metro Manila, this was mainly caused by clogged drainage systems and poor waste management.

In Manila Bay, tons of garbage composed of plastic bags, plastic bottles, Styrofoam and piles of wood washed up on Roxas Boulevard. It was a glimpse of environmental disaster.

According to a World Bank report, the Metro Manila Flood Management Project aims to modernize drainage areas, minimize solid waste and provide housing and resettlement for people displaced by typhoons. The project, which will cost $500 million, was approved in 2012, but has yet to be finished.

That’s just one side of the problem. The other half is caused by selfish interests and lazy tendencies. The long-term environment plan cannot depend on government’s plan of action alone. It needs the people’s individual efforts.

Clean-up drives, planting more trees, recycling and upcycling old possessions are just a few of the simple but proactive ways to protect the environment.

There are also new approaches. The influx of metal straws on the market and the initiative of some businesses to offer cash or gift certificates in exchange for eco-bricks from the customers are signs that people are starting to reduce their plastic use.

Bringing your own eco-bags while shopping instead of using plastic bags is another step toward sustainable living.

These practices should not be confused with “feel-good environmentalism”—“self-righteous actions that do not have real impact.” For example, buying plastic bottled water labeled “eco-friendly” or participating during Earth Hour while using a petroleum-based candle are useless acts that will most likely bring more harm than relief.

To advance the advocacy toward a truly green and less flood-prone country, moral and financial support must be given to Filipino scientists and environmentalists. They are the experts who are updated on climate change and who can introduce more sustainable and innovative ways to live.

This is a serious, wake-up call for a nation where hope springs from humor.