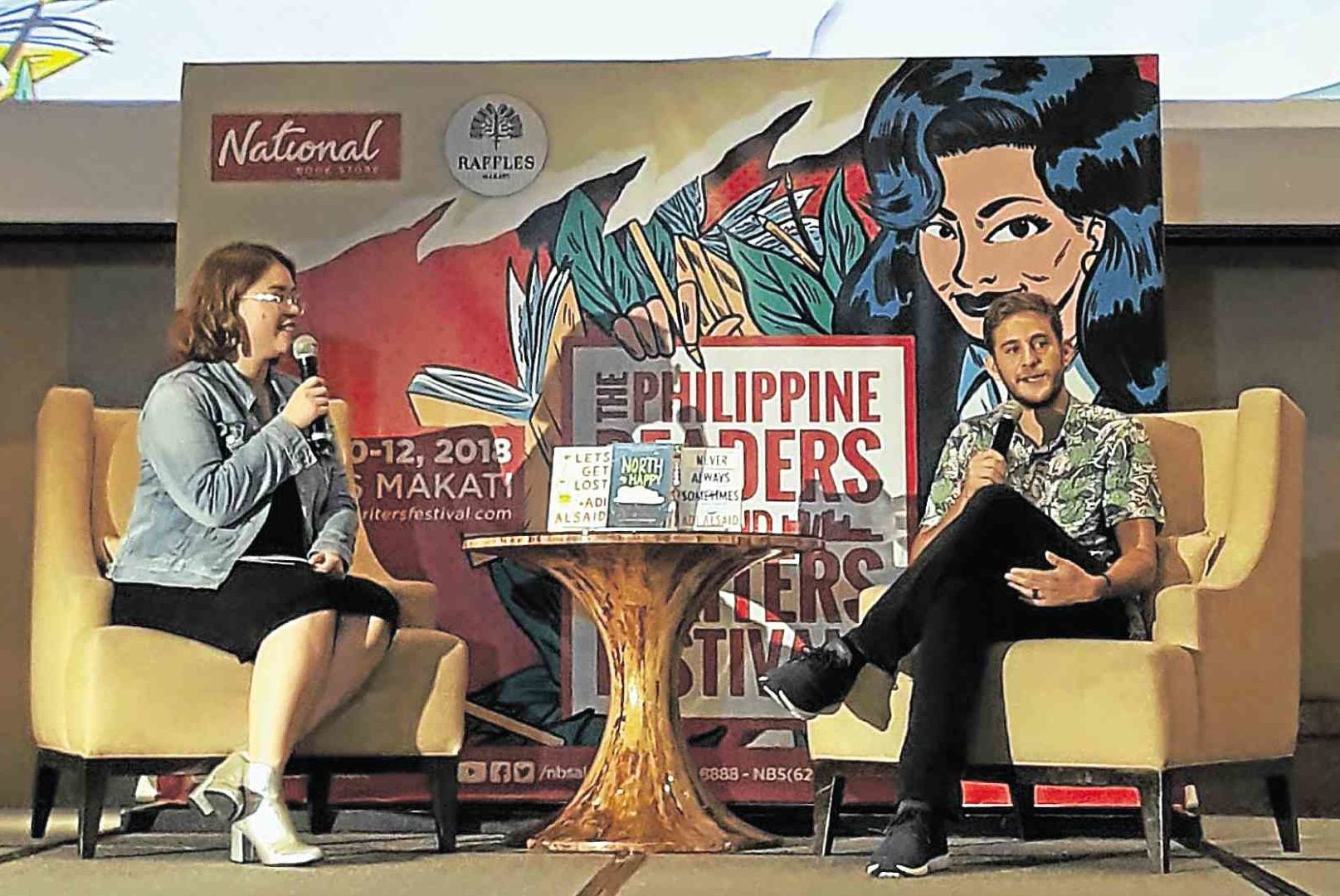 He talks about the perfect taco—“A taco that tastes as good as the idea of a taco itself”—like it’s the gospel of God. Between the chapters of his third novel, “North of Happy,” are recipes of quirky Asian-Mexican fusion comfort food, unsatisfactory airplane meals and mouthwatering desserts.

It’s inevitable. Carlos Portillo loves food. “North of Happy” picks up when Carlos leaves his privileged life in Mexico City to fulfill his departed brother’s dream of dining in his favorite restaurant—Provecho. In a crazy turn of events, Carlos gets an offer to work at the restaurant in the idyllic island off the coast of Seattle.

Adi (pronounced uhh-dee) shares this love for food. His kitchen creations are adventurous, inspired by his travels across the globe. Adi leaves his readers craving a dish they have never had before, like a tom yum pozole that is a hybrid of the spicy Thai soup and traditional Mexican stew.

Super had the chance to talk to the salsa enthusiast from University of Nevada-Las Vegas about tacos, traveling and his three young adult novels at the Philippine Readers and Writers Festival in Raffles Makati, Aug. 10-12. The Mexico City-born author had just arrived from a two-week trip to Japan, and the Philippines is among the stops of his 10-month sojourn across Asia and Australia.

Despite the pouring rain and the crawling pace of traffic around the metro, Adi went to Binondo and sampled the lumpia (spring rolls), and even had San Miguel Beer to wash down his kare-kare meal.

Why did you include recipes in “North of Happy?”

I was kind of inspired by “Like Water for Chocolate” by Laura Esquivel, and I knew that when I started writing this book that I wanted to take the idea of each recipes starting with each chapter.

If you weren’t a writer, would you be a chef?

I don’t think I can actually cook professionally, at least not in a restaurant. I work slowly and not very neatly and I like to listen to podcasts and get distracted.

How is your third novel different from “Let’s Get Lost” and “Never Always Sometimes?”

In tone it is different. It’s a little darker and it deals with the pains of grief a little more deeply. The magical realism involved is definitely, completely different.

Carlos’ brother Felix is a carefree boy who’s always out for an adventure. He is like Anthony Bourdain…

You seem to favor magical backdrops as setting for your novels.

For “North of Happy” it was very much an active choice, “Never Always Sometimes” doesn’t really have it.

Because of the magical elements in the third novel, I wanted the island to be an absurdly beautiful backdrop for Carlos. He’s trying to escape and he’s finding all this beauty in cooking and in Emma and in the place. I wanted the island to feel completely magical, to show the out-of-body experience Carlos is having in the novel.

What’s the most magical place you’ve been to?

The parts of the island that I wrote was inspired by this island in Cambodia called Koh Rong. On the island there’s this beach and as soon as you step in during the night, especially in the full moon, you can see sparkles coming out of your feet and then there’s the Milky Way overhead.

How do you write when you’re on the road?

I sit in coffee shops and write for two to three hours because if you spend all your time visiting tourist places every day, you will run out of money.

Your debut novel “Let’s Get Lost,” about one epic road trip, is often compared to John Green’s “Paper Towns.”

I think it’s a high compliment. I really enjoy John Green’s books. He was partially an inspiration to me and I think that it’s very humbling and an honor, but with the caveat that I don’t think we’re similar writers in terms of style.

Can you tell us about your next book, “A Brief Chronicle of Another Stupid Heartbreak?”

It’s about a girl named Lu who is a Filipino-American living in New York. She writes a love advice column for a cool online magazine until her boyfriend dumps her the summer before college starts. She gets writer’s block and she decides that the only way to cure it is if she writes about another couple.

Why did you choose a Filipino-American protagonist?

It’s hard to say exactly why. I think part of it is wanting to explore characters that are not like me.

In Las Vegas during college a lot of Filipinos were there. I had an ex-girlfriend who is Filipino-American, so…

Where can we find the best tacos in the world?

Mexico City! For my favorite, al pastor, is El Tizoncito. It’s a chain and it’s surprising to a lot of people. One of my favorites is fish tacos from Tres Galeones. There are so many varieties of tacos in Mexico—between carnitas there are 20 varieties.