What? I can’t be single on Edsa? | Inquirer Lifestyle ❮ ❯ 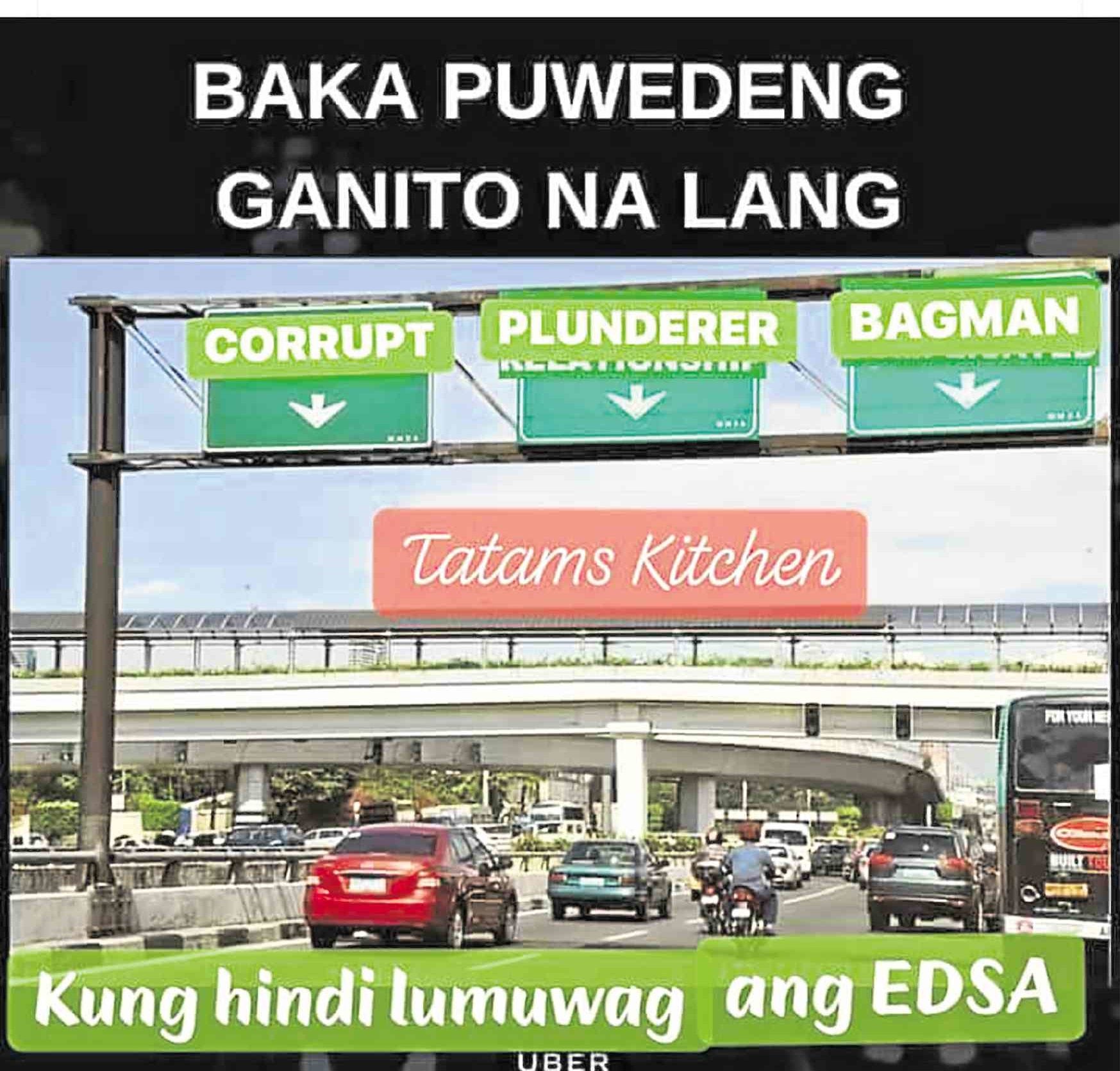 What? I can’t be single on Edsa?

Opinions may have been mostly negative—three-hour morning traffic jams, anyone?—but trust netizens to make fun of single drivers being banned from Manila’s main thoroughfare. We’ve picked out some comments and suggestions, as well

The people who thought this up should stop trying quickie but stupid solutions, like this ban on single-user vehicles, and fix the problems that lead to the horrible traffic situation in the first place (like the lack of driver discipline, PUVs loading and unloading anywhere they want, corruption in the LTO that gives licenses to people who shouldn’t be driving, etc.). MDs, for instance, have our own private practice and our own schedule—as my friend said, alangan naman mag-carpool tayong mga doktor. At alangan namang kukuha ako ng driver para lang maging dalawa kami. —Dr. KT, dentist

The “scheme” skipped the most important first step—developing a metrowide carpooling system. Once you have people in a carpooling frame of mind, then you can have one or two lanes for vehicles that are at least half-full. —Joyce Burton Titular, actress, voice talent, host

It is good idea, but I’m doubtful of how far they can implement it. It can actually reduce vehicle volume in Edsa. However, there should be other ways to deal with traffic problems, such as improving infrastructure, e.g. more roads, skyways, and decongesting the metropolis. —Danny Ocampo, underwater photographer and environmental worker

Instead of penalizing driver-only vehicles, MMDA could probably do better by rewarding vehicles carrying two or even three passengers with access to a priority lane similar to the APEC lane during the summit. Promo instead of penalty. The current ban does not encourage people to double or triple up in their cars. It just makes them seek alternative routes, and makes traffic worse along those routes. —Jojo Isorena, president, BetterDog Canine Behavior Center