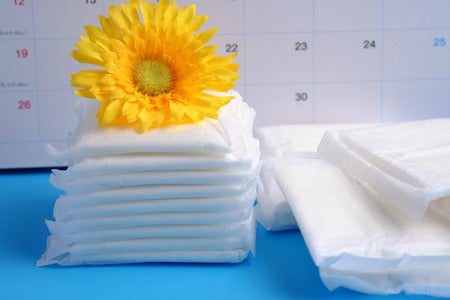 A United Kingdom football club earned praise online after a fan shared a picture of a plastic basket that offered free period products.

Above the tampons and sanitary napkins reads the sign, “We don’t believe you should pay for essential items. Please use these if needed.”

The club, Barnsley FC, is one of the first football clubs to join the On the Ball campaign, which aims to make free sanitary products available on football grounds. Three women identified as Orlaith, Erin and Mikaela on their Twitter page are behind the idea and began the advocacy by enlisting their own football club, Glasgow-based Celtic FC.

Since rolling out the campaign in June this year, a handful of clubs have joined the cause. On the Ball explains, “We believe period products should be readily available and accessible at no cost, just like toilet roll and soap!”

It aims to remove the stigma behind periods, to encourage football clubs to be more “inclusive” toward female fans and to address period poverty, which cites that women cannot afford feminine hygiene products because of their costs.

The issue is being highlighted in countries around the world, from the UK to Kenya. The #FreePeriods Movement argues that menstrual care is a human right, given that girls with low socio-economic backgrounds miss school when they have their periods and are forced to improvise with newspapers or socks as napkins.

Netizen Helen Hare (@DrHelenHare) brought home the point of having free menstrual products in public places when she shared her story of getting her period three days earlier than expected at a cafe restroom.

I went into a cafe loo today having suddenly thought ‘f*** I think my period has started’(three days early). I honestly nearly cried when I saw a box on the cistern with tampons and towels in it. It would have really disrupted our afternoon to have had to go shopping & find loo.

“I honestly nearly cried when I saw a box on the cistern with tampons and towels in it. It would have really disrupted our afternoon to have had to go shopping and find [a] loo,” she said.  /ra