Kris Aquino on being the original crazy rich Asian: ‘I am not crazy rich—I just work like crazy’ | Inquirer Lifestyle ❮ ❯ 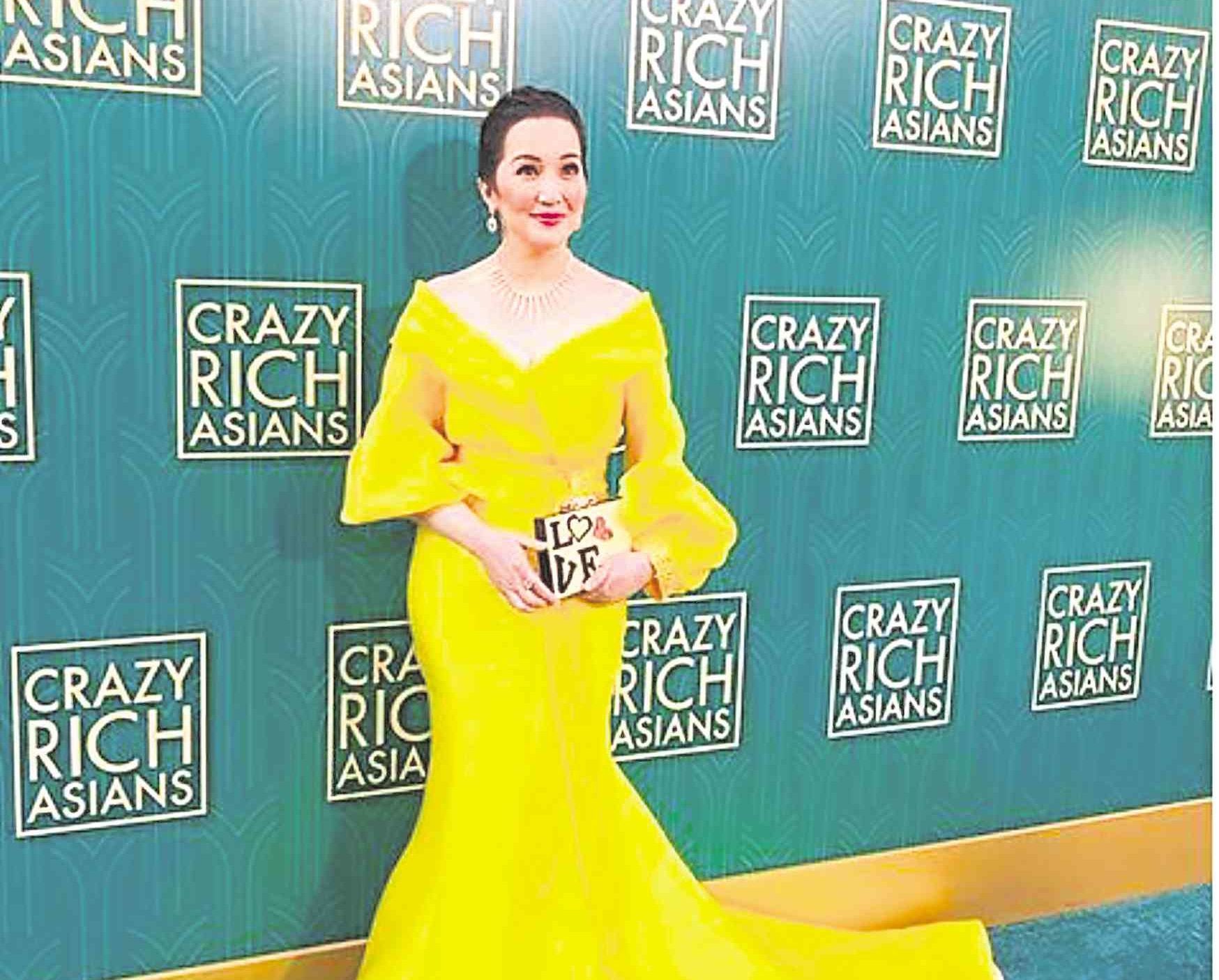 Kris Aquino on being the original crazy rich Asian: ‘I am not crazy rich—I just work like crazy’

Crazy Rich Asians” is officially a blockbuster, having made $35.3 million on its first five days, according to Warner Brothers. In the US, it came out first in the box office. On social media, the film drew a large amount of buzz.

According to Fortune, there were 781,000 tweets since July, with almost half of those tweets reportedly posted the weekend of the opening.

I chatted up queen of all media Kris Aquino, who flew to LA for the premiere, on what role this movie plays in the future of Asian representation, fellow cast member Chris Pang’s remark on Kris being the original crazy rich Asian, and what she considers the most meaningful moments in the film.

Here’s a snippet of her post-red carpet interview with Preen.ph:

On fellow cast member Chris Pang, who plays Colin Khoo (the male lead’s BFF), calling her the “truly crazy rich Asian”: “I am not crazy rich—I just work like crazy.”

On Canadian gossip site Lainey Gossip calling her the most beautiful woman in her scene: “(Author) Kevin (Kwan) had really wanted me to have afternoon tea with him and Lainey, but I had slept through the entire Saturday afternoon. I was sent the link to her blog by JC Buendia early this morning and I was STUNNED!”

On her red-carpet experience: “We were scared we’d be late because there were road closures, so we took a circuitous route.

“I was really touched that there were a lot of Filipino Americans who made the effort to be on Hollywood Boulevard because it was a really hot day. It was only Gemma Chan (who plays Astrid) that I got to say hello to, and she was as beautiful as ever.”

On Asian representation and this movie being dubbed a watershed moment for Asians in Hollywood: “This movie was really meant for the North American audience, but it really still has universal values we uphold, especially love and respect for family and traditions. It’s so funny because Bimb was saying I’d be worse than Eleanor (the matriarch and mother of the male lead, played by Michelle Yeoh), and if he ever brought home a girl I didn’t like, I’d push her down the stairs.”

(Spoiler: There’s a moment shot on the staircase between Eleanor and Rachel, played by Constance Wu.)

On what stood out for her in the film: “As a single mom, I could so identify with the deep bond between Rachel and her mom. I understood Rachel’s pride in standing up for everything her mom had managed to accomplish on her own.”

On what it means for Pinoys to be represented in a major film like this: “When I heard Michelle Yeoh’s character speaking about how snobbish Princess Intan was, and how she had asked for an entire row for herself because she didn’t want to be seated with anybody, I felt, whoa, in the Asian hierarchy, royalty outranks wealth.

“For a Filipina to be playing the only royal character in the whole film made my heart swell with so much pride and gratitude, because Kevin had fought for me to get this role, and I genuinely felt it was his way of thanking his Filipino super fans!”