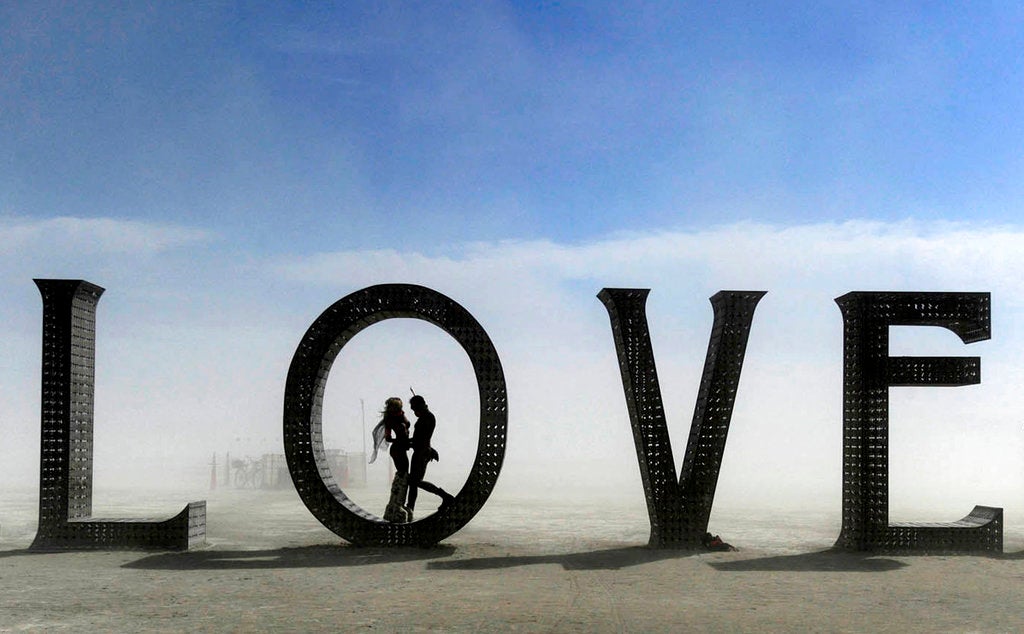 While the festival doesn’t have official guidelines, it does have a set of informal rules.

Tex Allen, a 13-year Burner, doubts many newcomers to the playa are reading those.

Many of those reports involve leering or grabbing, which aren’t considered sexual assault under Nevada law. A few reports each year require involvement from law enforcement.

No arrests related to sexual assault or rape were made the year before.

“Scandalous costumes and nudity might be considered inviting. (Others) automatically think consent is implied, but implied consent doesn’t exist,” she said.

The organization is doing more to educate participants about consent, what it means and what it applies to.

Watson said her group was founded in 2005 after a woman was sexually assault at the festival the previous year.

The camp, which is not a part of the Burning Man organization, tapes posters inside port-a-potties that define consent.

The group also passes out buttons with slogans such as “Consent is sexy” and “However you dress, wherever you go, yes means yes and no means no.”

The camp has begun to visit other camps, especially those that host large dance parties, and teach them about consent.

This year, ticketholders received an email reminding them that consent is needed not just for sex but for any kind of touching, gifting (including food and drink) and photography.

In recent years, many Burners have adopted consent as the 11th principle along with their other 10 principles that include self-expression and immediacy.

“Our purpose is to bring consent front and center and incorporate it into the ethos of the culture, where boundaries are respected and our bodies are respected,” Watson said. /cbb