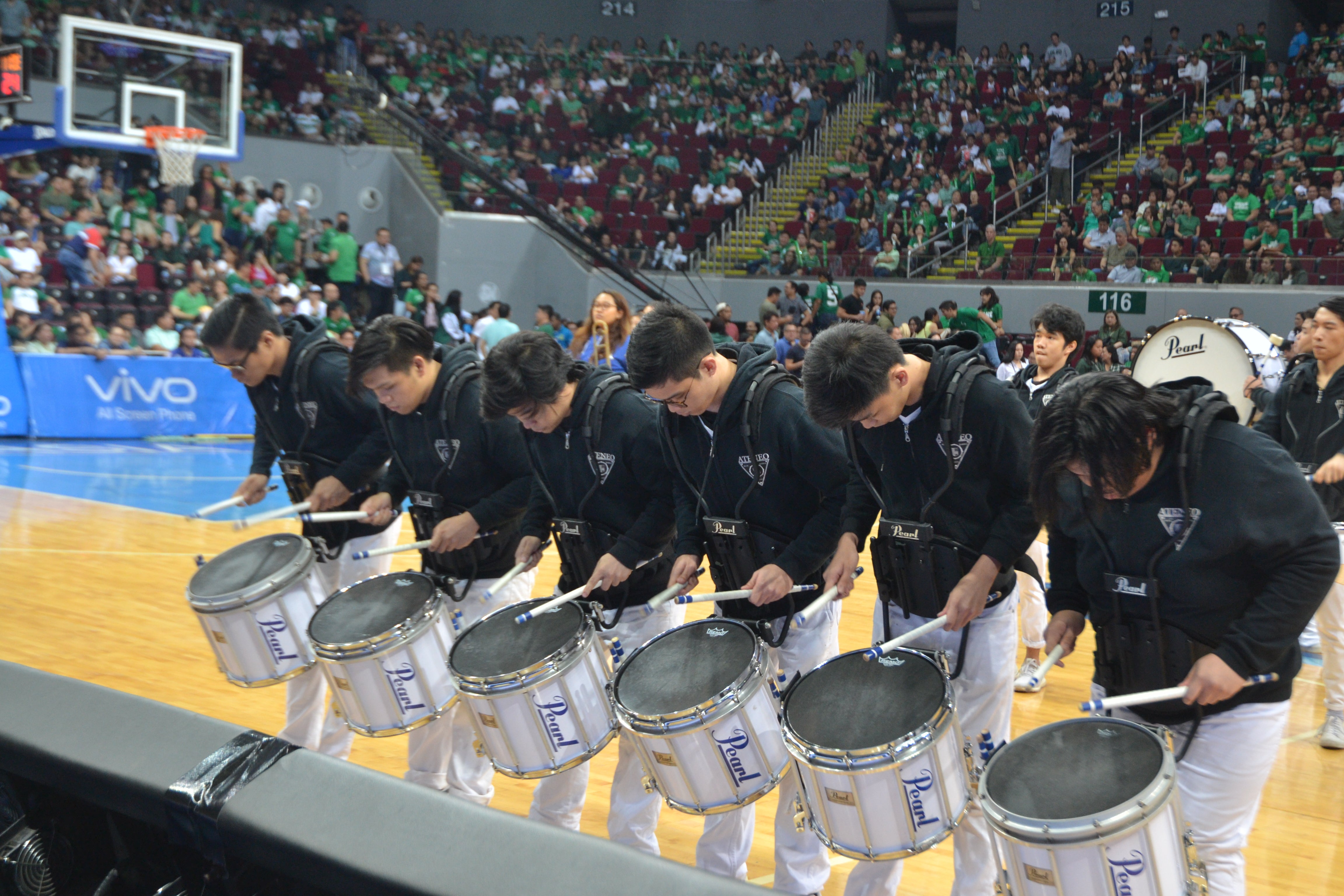 For one, the game is fueled by passion and not by money. Second, fans love going all out to support their respective schools. Third, the atmosphere is amplified by the deafening
sounds of cheering crowds and banging drums.

For Season 81, which kicks off with an opening ceremony on Sept. 8 at Mall of Asia Arena, officials are reducing the number again to two snare drummers and one bass drummer. This has
sparked outrage on social media, and #StandWithTheUAAPDrummers was born.

The student councils of Far Eastern University and the University of the East also issued statements in support of school bands.

One particular statement caught my attention. To paraphrase, it said that drummers are also athletes who undergo rigorous weekly training to hone their craft. These young men and
women literally bleed for their school, developing blisters in their hands while they play their hearts out.

Some schools even grant scholarships to these students. If the drum limit is imposed, a lot of students will lose the opportunity to get quality education.

As a longtime fan of the UAAP, I think the ruling is unfair. Drummers are there to lift the players’ and crowds’ school spirit. They are an extension of the team.

For student athlete Jerry, “the drums do not bother our playing on the court; in fact, they boost our morale. We play for our school and the drums give us more energy when we see the
fans enjoy themselves.”

‘Crowd of watchers’
Interestingly AJ, also a former drummer, isn’t affected by the new rule. “Honestly, I don’t mind because I’m there to watch the game,” he said.

“Besides, the league has become a crowd of watchers over the years, rather than a crowd of cheering fans.” Basketball wasn’t the only thing that made me a fan of the UAAP since 2002.

It was also the sound and energy of the cheering and drumming that led me to watching the games live on a regular basis.

School cheers tug at your heartstrings and stir a passion you didn’t know you had in you. They add a unique flavor to any game. Beyond the rivalries, school bands are a brotherhood united by their love for a good beat and loyalty to their schools and teams. I hope that the

UAAP board rethinks its rule and regards what these bands do—not as noise but as the heartbeat of the teams and games. —CONTRIBUTED INQ