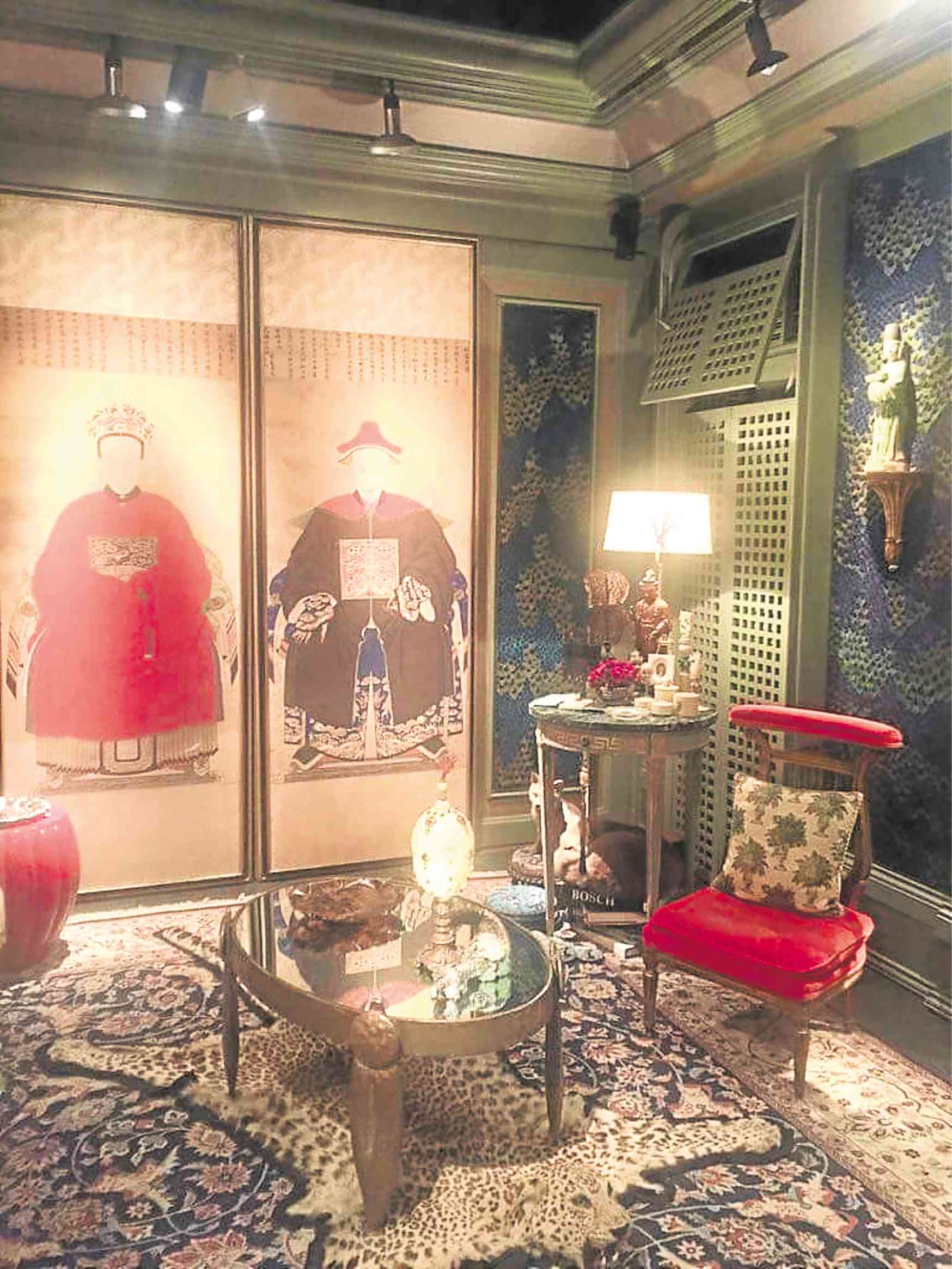 The visual drama of the Vijandre residence

We can’t either, but the point is, today’s feeling-entitled (thanks to parents like us) generation has been pampered, growing up in peaceful, comfortable times, so that it has low tolerance for inconvenience. “Affluenza,” it is said, could be a real affliction.

Our kids’ generation has everything that a branded lifestyle and technology could bring, so that it considers a non-WiFi connection as great deprivation, if not the end of the world as we knew it.

We remember an episode narrated to us by our Super contributor whom we assigned to cover Halloween attractions in HK Disneyland years ago. After unveiling the terrifying Halloween specials before the media, a Disneyland executive asked each of the reporters to narrate a horrific experience in their young lives. Our contributor replied instantly: “No WiFi.”

The reply left the executive speechless.

That today’s generation is logged on 24/7—my son sleeps with the laptop on at his side and Huck, the dog, at his feet—isn’t necessarily a downside to life in this century. On the contrary, we should use technology to impart a values system we want our kids to live.

If the school isn’t enough to inculcate these values, there is technology we can harness to amplify good values: namely, to value human life and human dignity, to fight for freedom, democracy and the truth in an era of fabricated confusion, to live with integrity and honesty, to live through hard, honest work, to love one’s country and protect it from raiders and carpetbaggers, and to regain decency.

Given the Filipino values system, this tech-savvy generation can be the super heroes they so worship. They can use technology, not the other way around, to delete the trash around them, such as the viral video of this government official who was goading her co-hosts to mash her breasts on a show.

We can use technology—the gadgets and apps they can’t live without—to shape our kids, not lose them. How? By staying connected to them, or if they don’t want to “friend” you, at least get an idea of what posts they lap up, and try to share the posts you like with them.

However, the ubiquity of technology will never be as good as the quality education which hones logical and critical thinking. I used to wonder why logic was a necessary subject in  school; now I know why.

Education must not only inform us but must also shape and sharpen our process of thinking, so that the demagogues of this world don’t make a career out of a people’s ignorance and gullibility, not to mention, poverty.

Honestly, traditional and social media alone can’t beat fake news. Quality education that empowers  the young with knowledge to analyze their country’s history and to enable them to  think critically is the bedrock of democracy, even in the First World like the United States. It is education that goes beyond literacy and marketable skills.

The ideal sequence is—we don’t rely on digital technology to keep the young informed, they must already have even the minimum capacity for critical thinking before they go to live (which they do) in the digital space that is the internet and social media.

That is ideal, but if our kids’ generation is to use digital technology—instead of the other way around—we must help empower them to think critically and have the values system (that includes integrity, a  work ethic,  “utang na loob”). How about motivating them to read books even before they’re old enough to log on, and keeping them interested in books and learning?

That’s to keep them troll-proof.

Saving them from the trolls and the  lies in cyberspace is  the least we can do for their future—for when they’re no longer “it” boys and girls and “influencers.”

When Anna Bayle, the Filipino supermodel of the ’80s, was here recently with her son, and Chito Vijandre and Ricky Toledo invited us to the dinner they hosted for Anna, I realized that the achievement Anna is most proud of isn’t her supermodel status when she reigned in the fashion world, from Vogue to the fashion house of Saint Laurent.

Raising her son, Callum, who’s entering Sarah Lawrence College this year, is what she’s most proud of.

Over dinner in the place of Chito and Ricky, which is so visually rich, like theater, as guests noted Callum’s good looks and academic standing—he’s taking up child development and media—Anna said, in reply  to what makes her proud of him, “He’s kind.”

That said a lot about this single mom who was a fashion icon on the runways of New York, Paris and Milan, and who devoted all these years to raising her son in New York.

The fashion years—and years of diet—clearly behind her, she’s no longer obsessed with her looks at all.

She recalled with amusement how a  friend, on another visit years ago, walked up to her and exclaimed, “Why did you let yourself go?”

With deadpan expression, she replied, “Because I’m Anna Bayle.”

Motherhood taught Anna the essential values she could pass on to her son, and those were not about looks or fashion.

After our dinner, at close to midnight, she insisted that, before her flight to NY the next day, she wanted to visit an old friend, the fashion designer Auggie Cordero, to whom Anna gives much credit  for her modeling career.

She wanted Auggie to meet her son, but I knew that Auggie, a known recluse, could be deliberately inaccessible.

Anna couldn’t be dissuaded from visiting Auggie. After our dinner, she had herself and her son driven to Auggie’s house, and in the dead of night, knocked on his door.

The recluse, surprised by the midnight visit, let his longtime friend in.

Auggie and Anna did some catching up way into the night. But that wasn’t Anna’s only purpose for the visit.

The mom asked Callum to give tito Auggie a tight hug. She wanted the son to show his respect and affection for the man who helped his mom become a supermodel. She wanted her son to show gratitude.

The recluse was touched.