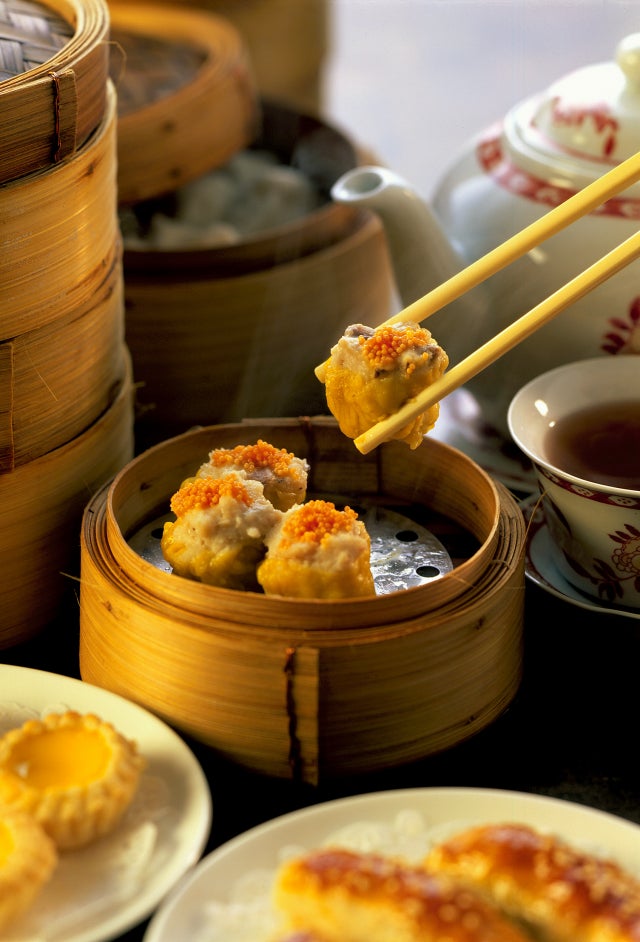 Image: The Hong Kong Tourism Board

Impatient diners crowd around carts of steaming dim sum steered by fierce “trolley aunties” at Hong Kong’s Lin Heung Tea House, one of the city’s most famous restaurants, now fearing for its future

The two-story restaurant in the bustling Central district has multiple top listings in global travel guides and serves customers from 6:00 am until 10:00 pm, seven days a week.

But the restaurant says the building’s new owner has not yet contacted them about renewing their lease, despite it expiring early next year, and they feel in the dark about the landlord’s intentions.

That has sparked fears that Lin Heung will be the latest Hong Kong culinary treasure to fall foul of the city’s thirst for redevelopment.

The building’s landlord, CSI Properties, told AFP it could not comment on the case.

Lin Heung’s possible demise has been widely reported by local media and worried regulars say they are visiting as much as they can in case it closes.

Retiree Mr Yip, 80, says he is coming more often to enjoy his favorite dish of pork liver siu mai — a kind of dumpling — and freshly made tea.

Dim sum is often paired with a cup of Chinese tea in a tradition known as “yum cha”, literally “drink tea”.

“It’s my habit to sip a cup of Chinese tea and greet everyone here every week. The tea is special and the people too,” Yip told AFP.

“I feel comforted when I see the staff. It feels like home.”

The city’s housing market was crowned the most expensive in the world in 2017 — the most recent figures available — according to US-based Demographia and developers clamor for prime real estate.

The selling off of older buildings, as well as spiraling rents, has spelled the end for a number of family-run neighborhood favorites across Hong Kong.

Lin Heung is one of the city’s oldest Cantonese restaurant businesses and is run by the Ngan family, who arrived from the southern Chinese province of Guangdong and set it up in 1926.

It now has three outlets in Hong Kong and has moved its restaurants around over the decades.

The Central venue on Wellington Street is its main restaurant and has been in the same spot for 22 years.

Restaurant spokesman Terence Lam said the current lease would end in March 2019 and he hoped the restaurant would not have to close.

“It’s not only a business. It embodies the legacy of the past,” Lam told AFP. “It represents the hardship of our ancestors.”

He describes the atmosphere inside restaurants like Lin Heung as a “piece of history”.

“Going to ‘yum cha’ is not just a cultural habit where people consume food, but also a way of life that shapes our identity,” said Fok.

“Some of these old traditions are often lost in our fast-paced society,” he added.

“We usually sit with family or friends in China. But here, we share tables with people we don’t know,” said 20-year-old mainland Chinese visitor Wu Yutung.

Brazilian tourist Marcelo Garcia, 47, who said he had never before eaten dim sum, described Lin Heung as “an environment with a huge amount of energy”.

“People probably come here again because they feel a sense of belonging,” he said. NVG