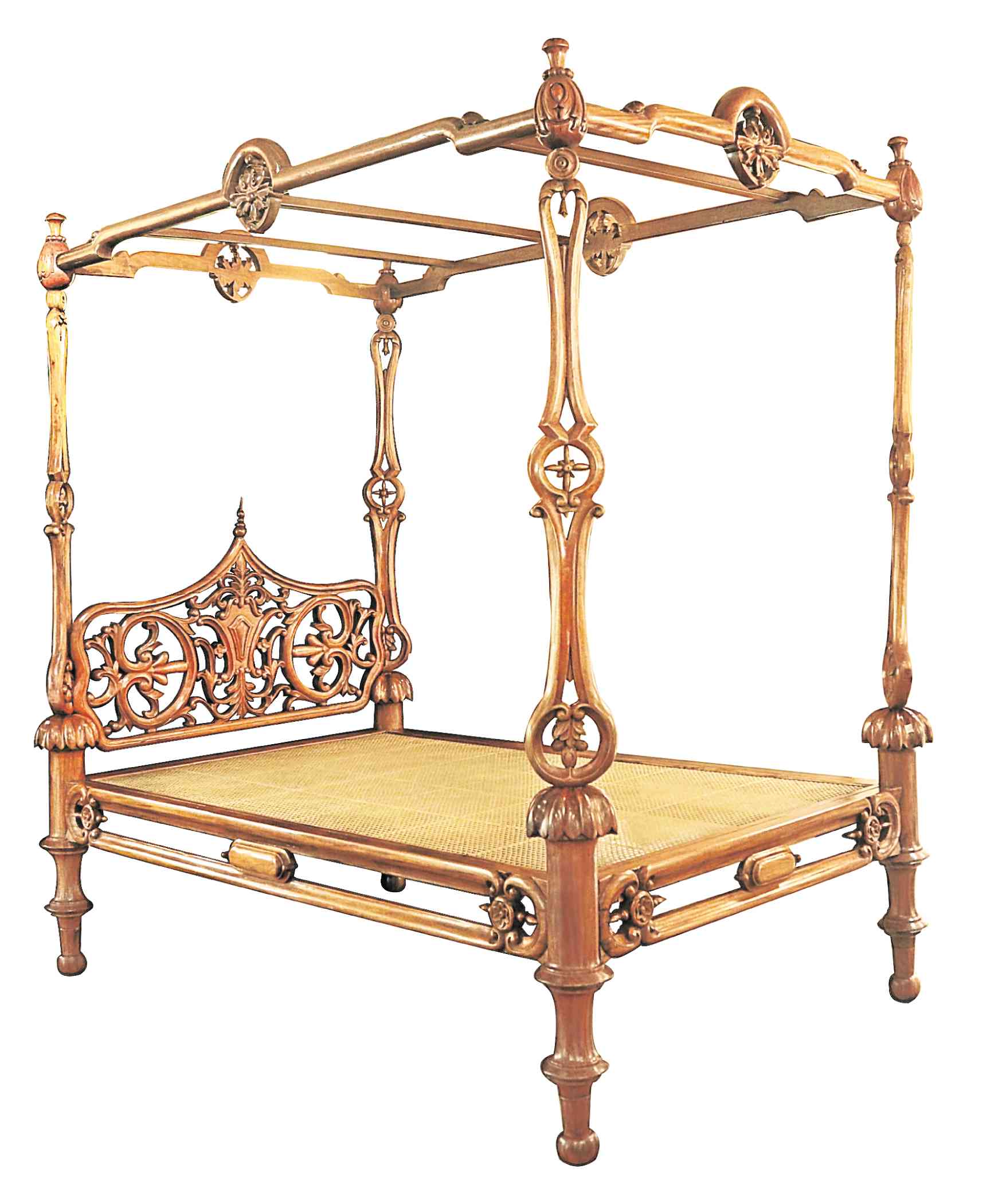 Pardo de Tavera bed made of narra and rattan

Léon Gallery has assembled a prodigious number of artworks, antiques and objets d’art from distinguished provenances for its “Magnificent September Auctions 2018” on Sept. 8.

One of the most sought-after antique furniture pieces is the Pardo de Tavera Bed from the last quarter of the 19th century. Made of narra and rattan, it has a starting price of P400,000.

“The bed was made for a lady and stands on four turned and tapering bedposts with a top carved in the shape of a squash-shaped dome,” social historian Martin Tinio said. “Each leg has two reels below the mattress support and terminates in bun feet.”

Trinidad Gorricho Pardo de Tavera, a physician and scholar, was the brother-in-law of Juan Luna and a representative to the Malolos Congress.

Also an important piece is the rare Laguna Comoda, which has secret compartments on both sides in between the posts and the drawers. These compartments are for valuables and could accommodate a rifle. It has a starting price of P800,000.

Another important furniture is the Fabella Kamagong Aparador, from the heirs of Dr. Jose Fernandez Fabella, the health secretary of President Manuel L. Quezon. Bidding starts at P2.2 million.

The Demonyo Mesa Altar, made entirely of narra, stands on four unusual feet carved with a leafy scroll that terminate in a triple set of claw feet.

The table is called “demonyo” (devil) because of its four cabriole-type legs that are carved at the shoulders with demon masks from whose fanged mouth emerge an elongated acanthus leaf that end in three knobby scrolls.

Meanwhile, the Monstrance from the second quarter of the 18th century has a starting price of P140,000. According to Tinio, it is the most beautiful thing he has ever seen. 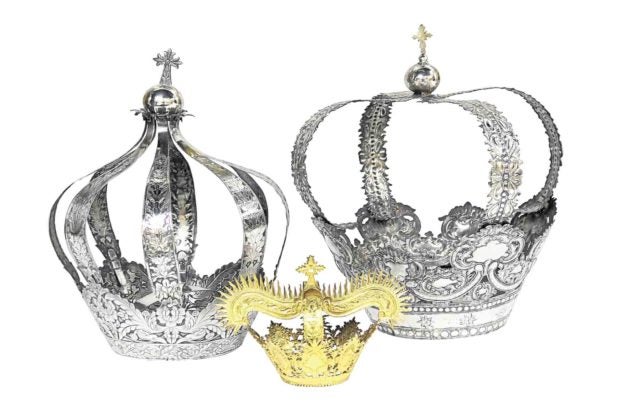 Equally exquisite are Three Crows. The largest crown is from 1817; it is made of silver and made for the image of the Blessed Mother; the second, also silver, is an imperial crown, made around the mid-19th century; and the last, a gold crown from the last quarter of the 1700’s, is said to be for the Infant Jesus.

In his 1961 oil-on-canvas “White City,” Lee Aguinaldo explored the monochromatic effect of abstraction in white and cream to portray the skyline of rapid development in the postwar years. Starting bid is P2.6 milion.

In the 1972 oil on canvas “Still-Life,” Vicente Manansala draws upon the aesthetics of Dutch pronkstillevens (“ostentatious still lifes”) from the 17th century that he has been situated instead into the simple kitchen of a Philippine household. It has a starting bid of P5 million.

Done at a very early point in his artistic career, Benedicto “Bencab” Cabrera’s 1963 oil on wood “Fishing Village in Batang Island” bears witness to the social inequalities in slum areas. It has a starting price of P1.2 million.

A modern realist, Jose John Santos III, in his 2005 oil-on-canvas “Queen of the House,” paints a portrait of the matriarch depicted as the queen of the household. It has a starting price of 800,000.