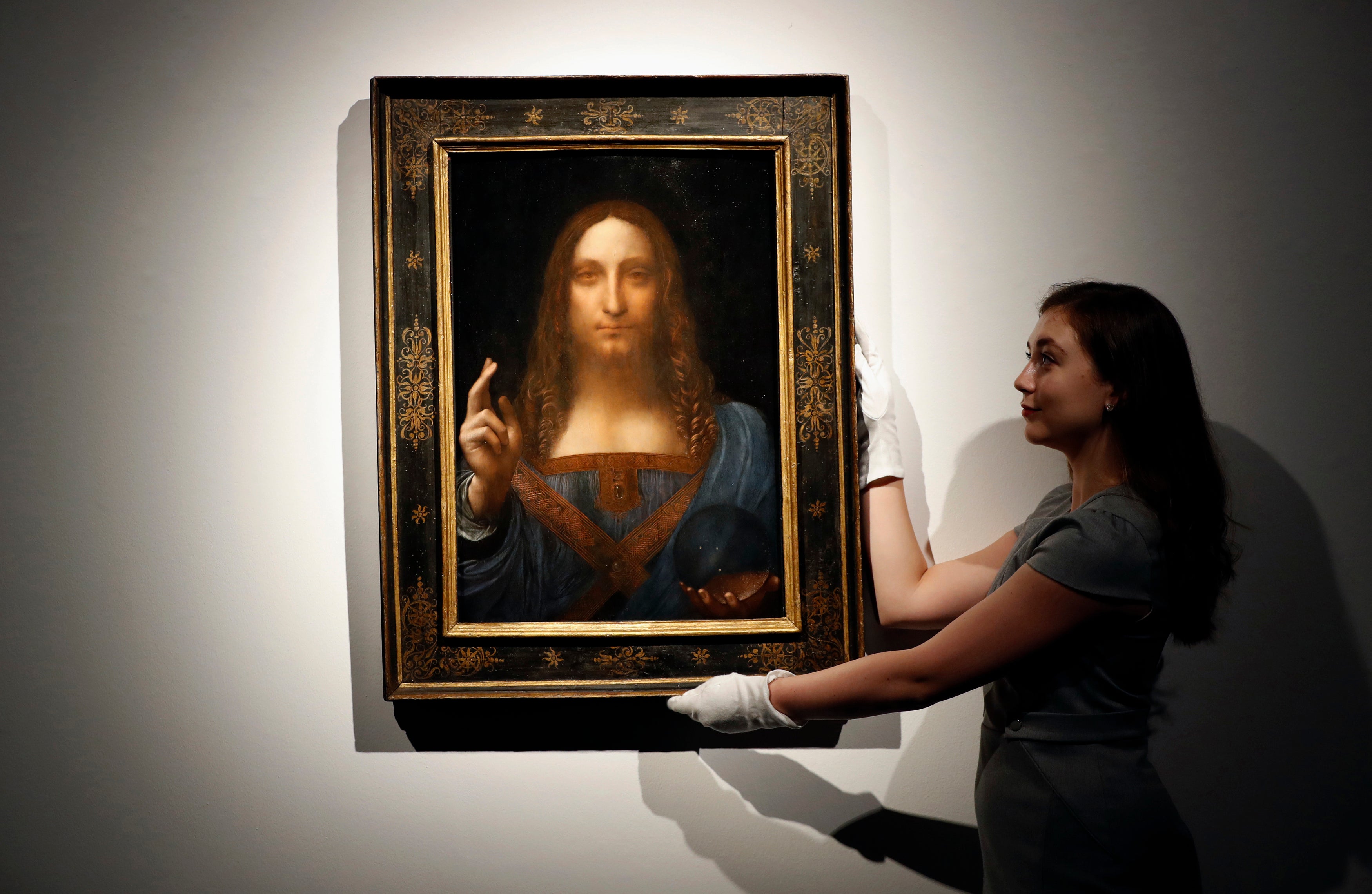 In this Oct. 24, 2017 file photo, an employee poses with Leonardo da Vinci's "Salvator Mundi" on display at Christie's auction rooms in London. Abu Dhabi's Department of Culture and Tourism announced Monday, Sept. 3, 2018, that the unveiling of the "Salvator Mundi" at the Louvre Abu Dhabi has been indefinitely postponed. Image: AP/Kirsty Wigglesworth

Abu Dhabi’s Department of Culture and Tourism announced the delay on Twitter, saying “more details will be announced soon.”

The department declined to answer any questions from The Associated Press, saying: “At this stage, we do not have any further information.”

The Renaissance oil painting of Christ, whose title in Latin means “Savior of the World”, sold for a record-breaking $450 million at an auction in New York at Christie’s in November. The painting depicts a blue-robed Jesus holding a crystal orb and gazing directly at the viewer.

It was to be displayed from Sept. 18. The National, a state-aligned English-language newspaper in Abu Dhabi, wrote online Monday that “speculation suggests the museum might be waiting for its one-year anniversary on Nov. 11” to unveil it.

Mystery has swirled around the museum’s acquisition of the painting.

Western diplomats say a Saudi royal acting as a proxy for Saudi Arabia’s Crown Prince Mohammed bin Salman, who is close to Abu Dhabi’s powerful Crown Prince Sheikh Mohammed bin Zayed Al Nahyan, was the buyer. The Saudi Embassy in Washington and officials in Abu Dhabi say the Saudi royal purchased the painting on behalf of the museum in Abu Dhabi, which opened just days before the auction.

The display of the painting would be a major draw for the new museum, which has sought to distinguish itself from its namesake in Paris since opening after a decade of delays. Abu Dhabi has agreed to pay France $525 million for the use of the “Louvre” name for the next 30 years and six months, plus another $750 million to hire French managers to oversee 300 loaned works of art.

Authorities have not said how much it cost to build the museum, located on Abu Dhabi’s Saadiyat Island. CC