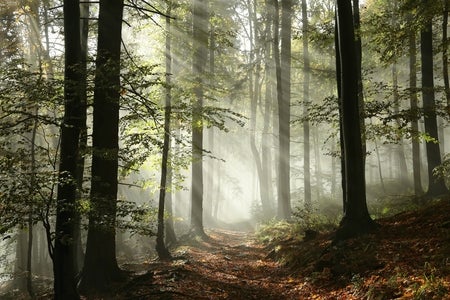 Toddler miraculously survives after being lost in forest for 4 days

A girl, nearly two years old, was found alive after wandering off into the wilderness in rural China. Her disappearance prompted villagers to sift and comb through the hills of Rong county in Guangxi, using rescue dogs and even drones in their search for the young girl.

Around 700 policers officers and villagers spent days looking for Xiaojiao, the young girl. According to Yulin Daily via South China Morning Post on Sept. 4, Xiaojiao was playing with her two siblings when she wandered off into the woodlands.

When Xiaojiao didn’t return home for dinner, her father Chen Qingran, a farmer, told family members to keep looking for her. Chen, however, failed to report Xiaojao’s disappearance immediately and only did so the following afternoon.

“From the time the child went missing to when we received the alert was nearly 24 hours, so we missed the best search time,” Huang Jianfeng, director of the local police station, was quoted as saying. “That not only increases the difficulty of the search, but the possibility for accidents.”

Xiaojiao went missing during the rainy season, raising concerns that she could have drowned or slipped and fallen, the report stated. The police, along with the hundreds of volunteers, joined efforts in search of Xiaojiao, but the search  yielded no results despite extending even into the late evenings.

It was on Friday, Aug. 31, when a villager heard a noise stemming from a bushy area above a canal. The villager alerted the police, and upon arriving on the scene, they found Xiaojiao buried in the brush. Although covered with insect bites and cuts, she was nevertheless alive. The little girl was rushed to a clinic for treatment.

Xiaojiao is now in a stable condition, the report said. A police official, meanwhile, called the entire situation a “miracle.” Cody Cepeda/JB