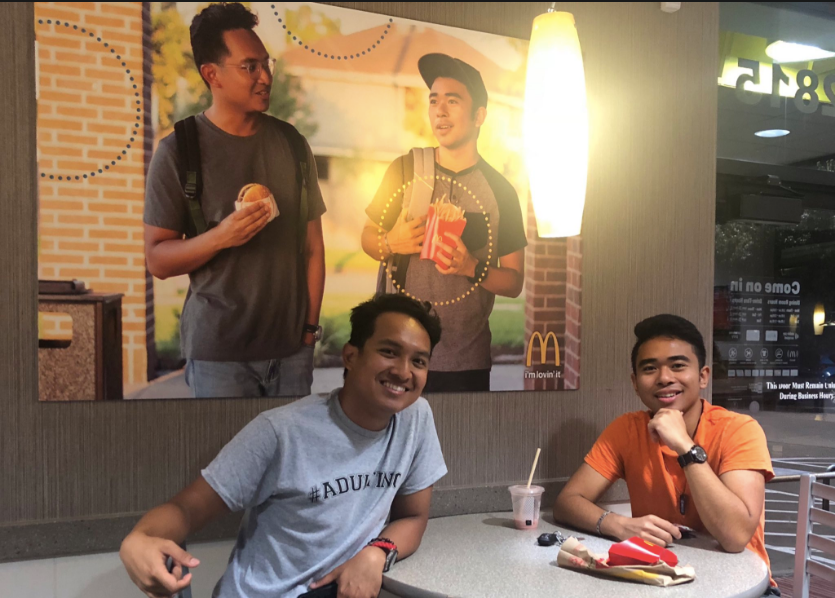 Two men pulled a prank at a McDonald’s store in the United States by hanging a poster in it featuring their faces. Their goal: Asian representation.

Twenty-one-year-old Jehv Maravilla and his friend Christian Toledo hung the poster at one of the fast food chain’s branches in Texas. He dressed up as an employee, and with the help of friends, put up the poster while real staff were not looking.

The poster, which they conceptualized, made use of a photo they themselves took; they added a logo of the fast food chain to further make it look like one of the restaurant’s authentic posters.

“It’s now been 51 days since i hung it up,” he said on Twitter on Monday, Sept. 3. His post showed photos of him and his friend, posing next to the poster featuring their faces.

What they did not expect is how viral their prank would get in social media, as his post has now garnered almost 230,400 retweets and 927,910 likes, as of this writing.

i noticed there was a blank wall at mcdonald’s so i decided to make this fake poster of me and my friend. It’s now been 51 days since i hung it up. pic.twitter.com/5OTf5aR4vm

Through another Twitter post last Sept. 3, Maravilla revealed that he was inspired by the blockbuster movie “Crazy Rich Asians”, even tagging its stars Constance Wu and Henry Golding in his post.

Maravilla further explained his motive for the prank in his vlog posted on YouTube last Aug. 2: “If you notice, there isn’t a lot of Asians represented in the media.”

In the video, Maravilla points at the pictures in the fast-food chain, saying, “There are literally no Asians on these walls.” He then shared how they planned the whole thing, how they made the poster, and him pretending to be an employee of the fast food chain just to sneak in the photo.

Since the poster has been up for 51 days, Maravilla said he hopes the chain would ask them to be representative models. He told USA Today: “Like, for Asian men. That would be insane if they did that! It would be, like, a dream come true.” Katrina Hallare/JB

Gov’t employee accused of stealing $1.2M worth of fajitas