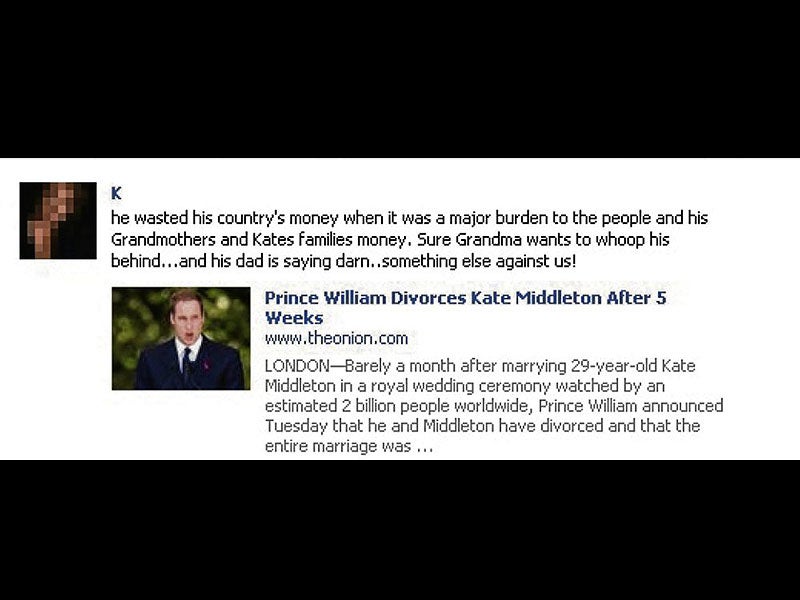 You couldn’t blame me for the panic I felt when  I came across a breaking news report on TV following a sudden school day cancellation, which featured a grave anchor announcing the arrival of a massive meteor that was about to enter our atmosphere and cause worldwide havoc in a few hours.

It was a good thing that I checked the channel (HBO) and the TV guide—it turned out to be a disaster B movie whose format mimicked real-time news feeds, and did it so well that it had me fooled, along with a friend’s aunt who started packing and calling her relatives, screaming for them to evacuate immediately (true story).

My only consolation then was that it was the ‘90s, and social networks like Twitter and Facebook did not exist yet for me to play prophet of doom and demonstrate to friends and strangers how gullible I was.

The omnipresent Internet, combined with a steady influx of smartphones, has led to the uprising of citizen journalism, whose instantaneity is both celebrated and maligned.  After all, not everyone who aspires to break news on social media platforms are armed with the necessary ethics to go with it.   Thanks to unsavory and unreliable sources, hoaxes are constantly perpetrated, unwittingly or deliberately.

Of course, not all faux news pieces floating on the Internet are meant to mislead, but rather to poke fun at a particular situation or hot topic,  or to make one think and laugh at the same time—like a cartoon, but with more words and less squiggles.

Because of the democratic nature of the Internet, where it allows anyone to have access to it, regardless of understanding or a higher brain function—it’s so easy, cats do it all the time (see YouTube for proof)—a lot of people with hysterical blindness for satire tend to take these tongue-in-cheek pieces too seriously, often with funny results (funny when it’s not you), and hilarious enough to merit its own blog.

“Literally Unbelievable” is a collection of everything from Facebook reactions gone wrong to headlines from The Onion, an American satirical newspaper and website.  Reactions often range from disbelief to righteous anger or best yet, an all caps rant about the utter stupidity of the persons involved in the piece.

These reactions end up being funnier than the original satire piece, while some feel that the collective gullibility of people on the ’net is cause for alarm, as more and more people take the word on the web as truth without bothering to verify or even consult another site to be sure.

Visit Literally Unbelievable at http://literallyunbelievable.org for a laugh or two, and let it serve as a cautionary tale the next time you want to re-post that dodgy news article you just read.