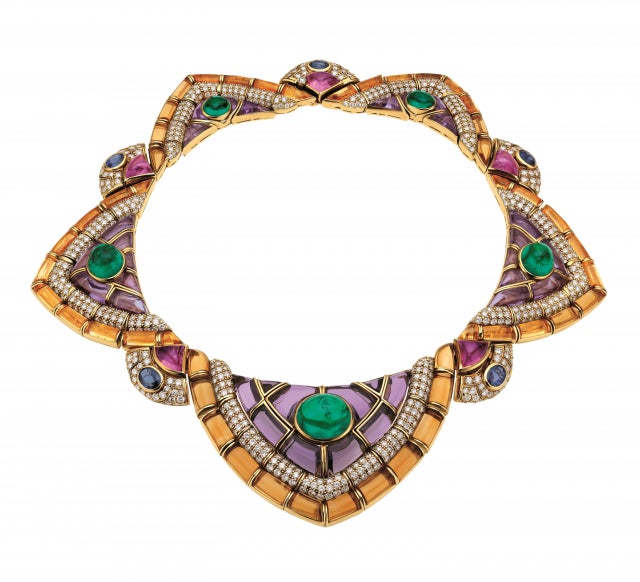 Once worn by global celebrities ranging from Sofia Loren to Naomi Campbell, hundreds of priceless emerald, diamond and pearl pieces of jewelry go on show at the Kremlin starting Friday.

The collection spans 130 years of the Bulgari luxury brand, now part of France’s LVMH group, and contains 511 creations shown at the Moscow Kremlin Museums in an exhibit named “Tribute to Femininity”.

It includes pieces from the 1870s — the first created by company founder Sotirio Bulgari — and jewelry incorporating gems and even ancient Greek and Roman coins. About 100 of the items come from private collectors.

Bulgari has bought famous jewelry worn by actresses and will present Elizabeth Taylor’s glittering collection as well as another recently purchased from the family of Italian actress Anna Magnani, the muse of directors Roberto Rossellini and Pier Paolo Pasolini.

The exhibit is “the richest of all time” for the brand, Bulgari head Jean-Christophe Babin told AFP, adding that the Kremlin “houses one of the biggest collections of jewels in the world.”

“Russians have a great culture of art, architecture, and jewelry,” Babin said, adding that the Byzantine influence in Russia is also found in Bulgari, created in 1884.

Moscow Kremlin Museums house more than 13,000 Russian jewelry pieces dating from the 12th to the 20th century, some of which — like the Monomakh’s Cap and the Imperial Crown of Russia — are exhibited in the Kremlin Armoury. CC