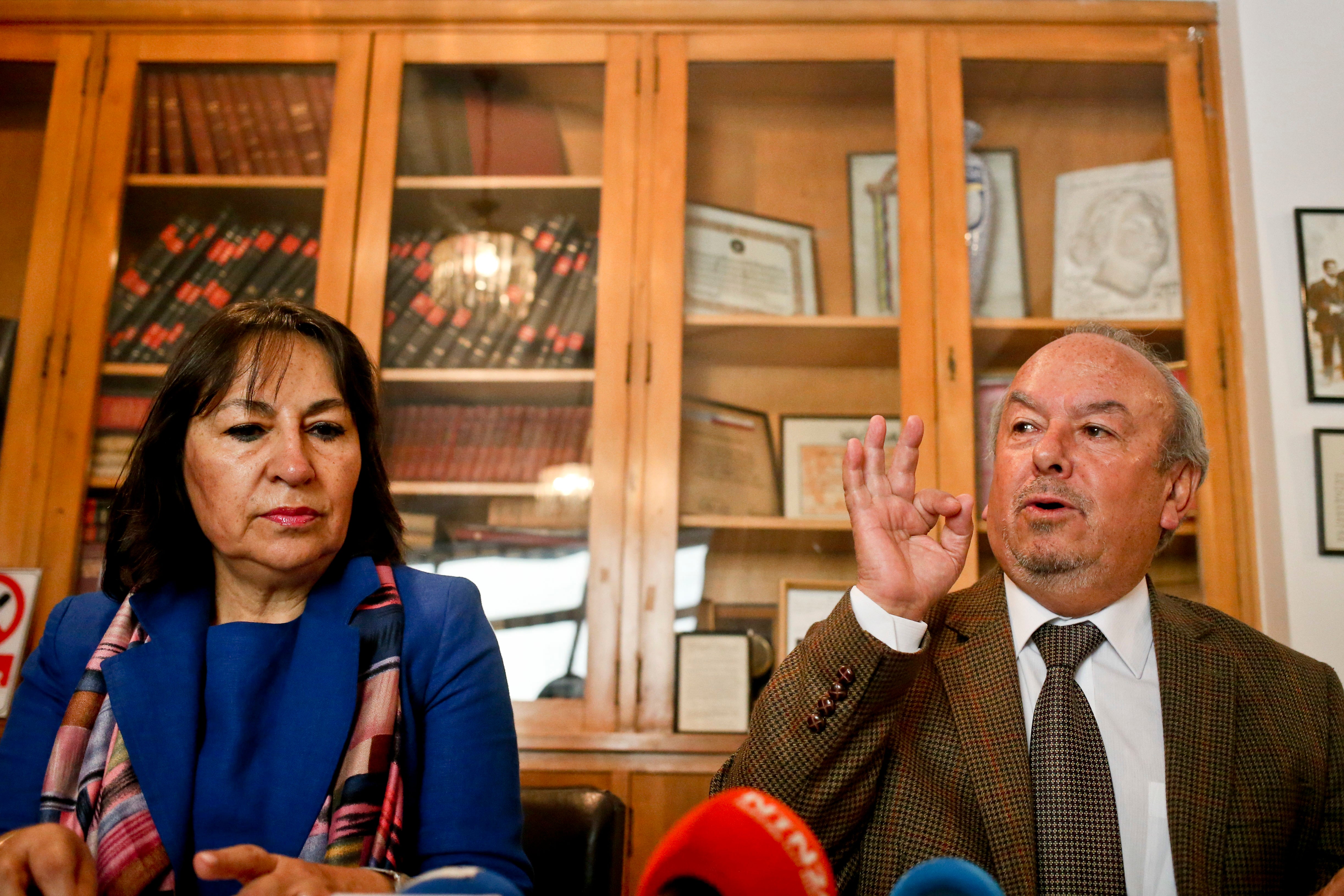 Rodolfo Reyes, right, nephew of the late poet Pablo Neruda, gives a press conference alongside lawyer Elisabeth Flores in Santiago, Chile, Thursday, Sept. 6, 2018. Reyes says that money owed by Chile to laboratories abroad is blocking final tests to determine the cause of death of the Nobel Prize-winning poet. The leftist writer died in the chaos following Chile's 1973 right-wing military coup. The official version was that he died of cancer. Some have speculated that he was poisoned. Image: AP/Esteban Felix

SANTIAGO, Chile (AP) — A nephew of Pablo Neruda said Thursday that money owed by Chile to laboratories abroad is blocking final tests to determine the cause of death of the Nobel Prize-winning poet.

Rodolfo Reyes said the government owes about $16,000. The money includes tests carried out by laboratories in Canada and Denmark.

The leftist writer died in the chaos following Chile’s 1973 right-wing military coup. The official version was that he died of cancer. Some people have speculated that he was poisoned.

Neruda’s body was exhumed in 2013. Tests showed no toxic agents in his bones.

But Chile’s government said in 2015 that it was “highly probable that a third party” was responsible for his death. Last year, international scientists said he did not die of cancer. CC

A poet on the run in startlingly great ‘Neruda’ — a review