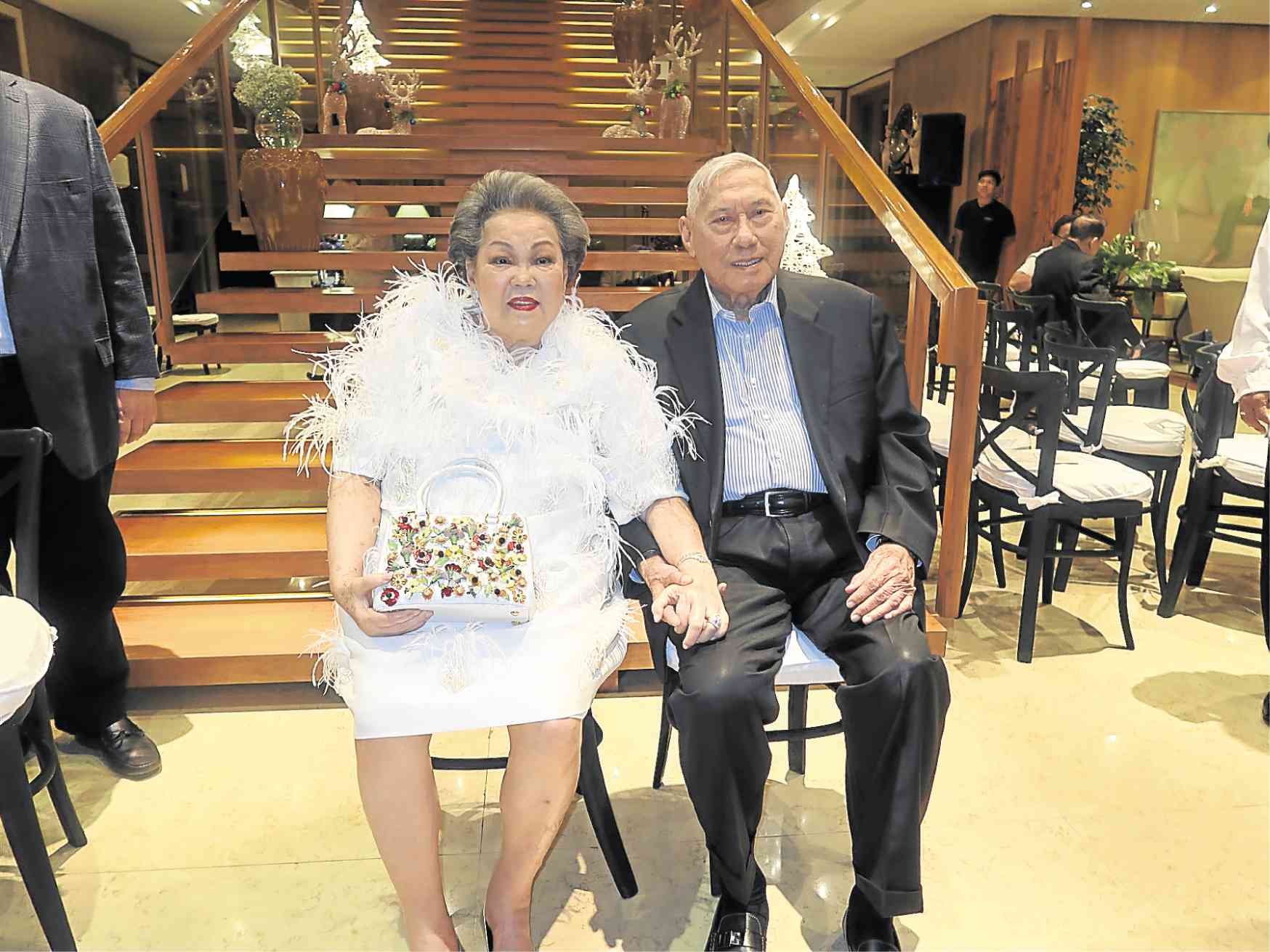 In the Hechanovas’ ballroom-like living room were two 20-ft-high indoor trees adorned with tivoli lights. On the tables, the masculine driftwood was a contrast to the blue Ecuador roses, ivy vines, gypsophilia, and casablancas.

While guests were enjoying the sumptuous meal prepared by Asia’s 2016 best female chef Margarita Fores, 10 men and women walked in from various directions. To everyone’s surprise, they broke into song.

This kicked off a 20-minute program that ended with the songs “Climb Every Mountain” and “I Say a Little Prayer” that brought everyone to their feet.

Paing was surrounded by his wife Mely Concepcion, and children Renna and Ed Angeles, Raffy and Gina, Raissa and Monet Posadas, Riana and Mon Trajano and grandchildren.

The family also presented Paing an advance copy of the third edition of his book on the Rotary, “The Power of Serving Others.” His two previous works were coffee-table books, but this time Paing insisted on a paperback version so it could be distributed to more Rotarians around the country.

Paing’s 52-year Rotary career has extended to international assignments, and to issues such as functional literacy, polio immunization and peace conferences. The breadth and depth of this exposure and the insights he gained from Rotarians worldwide are the source material for his book.–CONTRIBUTED