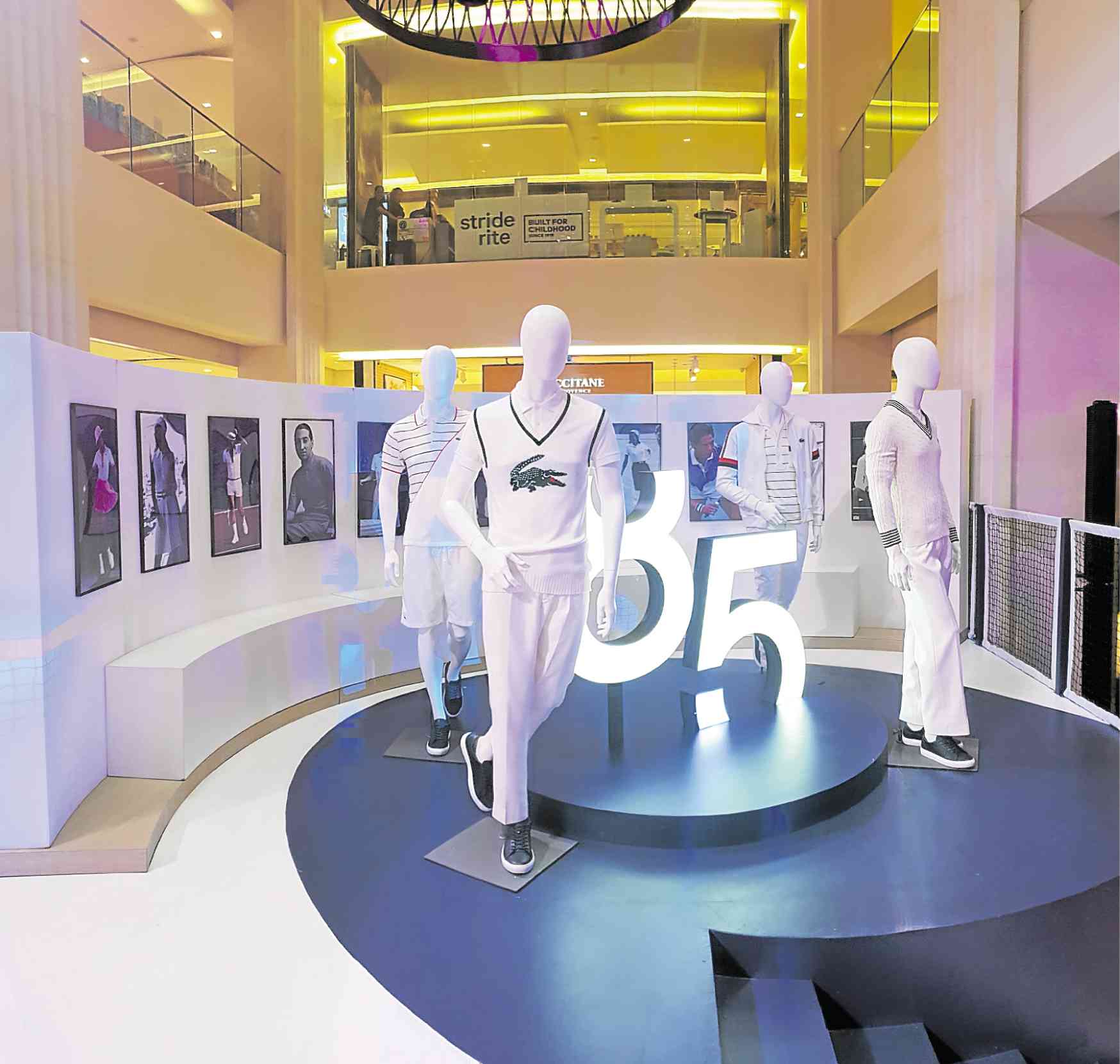 The 85th anniversary exhibit is until today, Sept. 14.

René Lacoste was a lot of things. He was the founder of an eponymous clothing brand, a celebrated tennis player, but most of all, he was a creator whose brand became a presence across generations of tennis players.

Ongoing is a popup exhibit that is a rare chance to see Lacoste’s personal collection. You can now get a glimpse of the man’s story and the revolution he created with the brand at the Atrium Lobby of Central Square in BGC, until today, Sept. 14.

The popup exhibit is part of the 85th anniversary celebration of Lacoste.

“We are delighted to present our customers with this curated experience through this exhibit. Everyone will be treated to the Lacoste story, interactive workshop and a photobooth experience that truly exudes the simple elegance that is Lacoste,” said SSI Group president Anton Huang at the exhibit opening.

The exhibit includes the evolution of racquets created by Lacoste, including the steel racquet.

The trophies he won are on display on the white lockers including the 1926 US Open and 1927 Davis Cup.

Hanging at the end of the locker is the creamy coat with the original crocodile logo on the left pocket that Lacoste was often seen in.

There are also crocodile sculptures based on the different logos of the brand Lacoste.  René was known as the crocodile on the court mainly because of his tenacity. He embraced the tag and incorporated it deeply in his company.

The exhibit’s most impressive display is probably the original tennis ball machine that Lacoste invented. The machine has helped a lot of tennis players improve their game.

The items on exhibit are from Lacoste’s personal collection now touring Southeast Asia. Its next stop is Thailand.

Also on display are clothes, some from the original Lacoste collection. The newest ones are also on display including the versatile New Paris Polo that could be worn as formal, casual to sporty.

“The collection highlights Lacoste’s capsule collection. It features the modern design based on the 85th anniversary logo, inspired by the French white and blue,” said Huang. “It features the evolution of Lacoste’s L12.12.12 polo shirt spanning eight decades.”