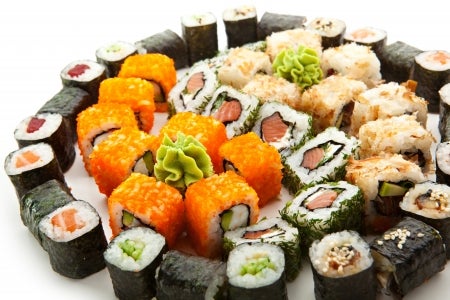 After finishing 100 plates of sushi, German athlete gets banned from eat-all-you-can

A German triathlete was banned from an eat-all-you-can restaurant in Bavaria for enjoying himself too much — with 100 plates of sushi.

Jaroslav Bobrowski cannot return anymore to Running Sushi restaurant in the town of Landshut after consuming too much amount of food in one night, The Local reported last Friday, Sept. 14.

“He eats for five people. That is not normal,” the restaurant owner said in an interview with Passauer Neue Presse.

Bobrowski said he has a different diet; he does not eat for 20 hours. He added that he eats all he wants “until I’m full.”

The athlete also said he was about to tip the waiter for his meal, but the waiter did not accept it. As per report, the restaurant has a fixed price of  €15.9o (around P1,000). He was later told by the owner that he is now banned from the establishment for “eating too much.”

Bobrowski is a frequent customer at the restaurant, but according to German magazine Stern, the establishment had to draw the line after he finished all those plates of sushi. Katrina Hallare/JB