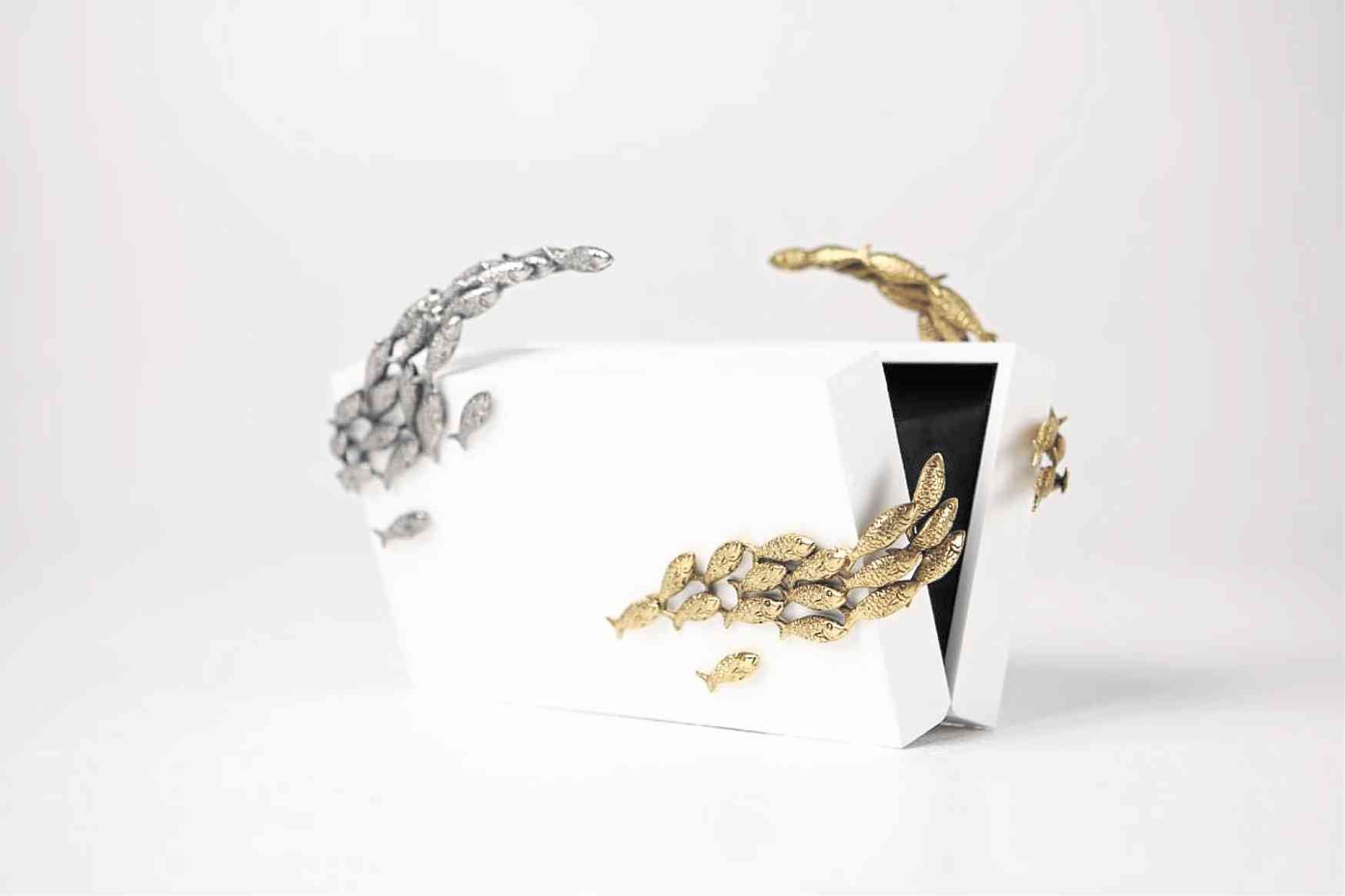 Accessories designer Neil Felipp is still on a high after two of his brass-plated box clutches were featured in the Hollywood hit movie “Crazy Rich Asians.”

Seen holding the Siren in black capiz and the Persephone in white parchment (goat leather) was Astrid, the beautiful but troubled character portrayed by actress Gemma Chan.

“Since the announcement on their inclusion in the movie, there’s been an increase in the number of inquiries and orders,” Felipp told Lifestyle.

“My life has changed in a way as I have become more recognizable in public,” he said. “I appreciate it, and always say it is an honor to represent Filipino craftsmanship in a historic Hollywood film that celebrates diversity, family and love.”

Five years ago, the soft-spoken designer bagged the accessories design award at the LOOK of Style Awards, besting 11 other finalists. His prize was a short course at Sheffield Hallam University outside London.

The three minaudières he designed then combined cast brass and gold-plated brass with Mactan stone, wood veneer and black acrylic. Each piece incorporated figures like a mermaid, tiny monkeys, snakes or a dragon.

Felipp said the production crew behind “Crazy Rich Asians” probably chose Siren and Persephone because of their color, aside from the brass details. “The combination of gold, in black or white, will always be a classic; they can easily be paired with almost anything.” 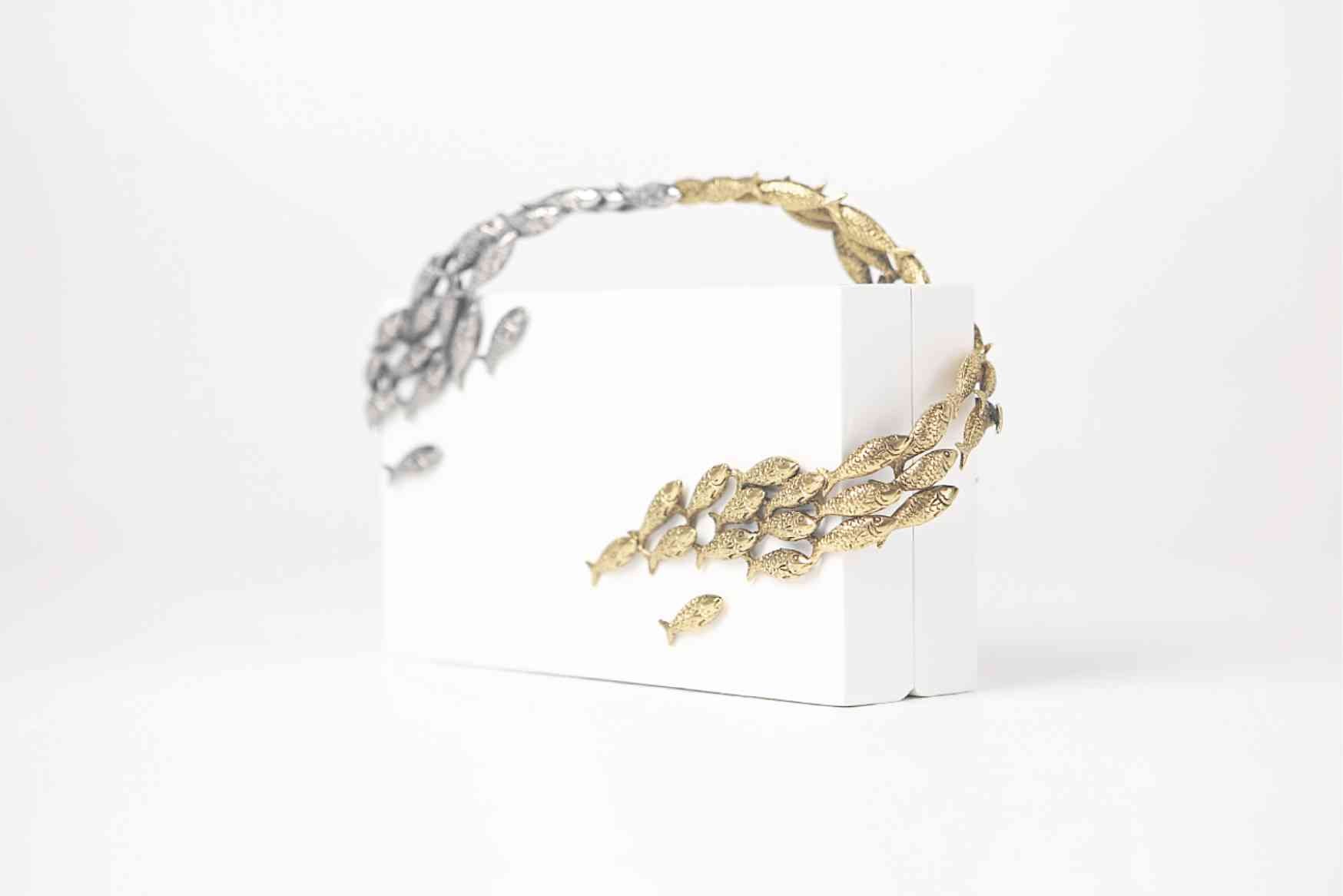 It starts with a story

Like other designers, Felipp starts his creative process with an inspiration, or in his case, a story. “It has always been the same, it always begins with a story.”

His “Antoinette the Mad” clutch took off from his musings on what might have happened if Marie Antoinette survived the French Revolution but fell into Alice’s rabbit hole. “She would’ve explored a world filled with wonder and met a man with a large hat (the Mad Hatter) who would offer her tea.”

The result is a box clutch in pink or blue with tiny teacups and teapots affixed “haphazardly” on it.

Felipp’s playfulness is what keeps his designs fresh, never boring. “If you look at it in a different way, the story is the soul of the piece,” he said.

For his new collection to launch in November, Felipp was inspired by the character Astrid Leong in Kevin Kwan’s novel, “Crazy Rich Asians.”

“I’m looking at six pieces for this particular collection,” he said. “For sure, it will have my signature brass details, though the material I will work with is parchment—goat skin leather that has been processed in a particular manner where it is almost like paper. The colors will be vibrant.”

Felipp said that the pieces were inspired by Astrid and a few of his muses. “These women have shown relevance and substance; they don’t need grand gestures to prove their worth.”

Pop-ups for the launch are being planned in Cebu and Manila.

Although he is doing well as an accessories designer, Felipp is determined to go into other areas, like home accessories. Male fans will soon have the chance to own a Neil Felipp. He’s collaborating with a Philippine brand to create a limited-edition line of gentlemen’s watches.