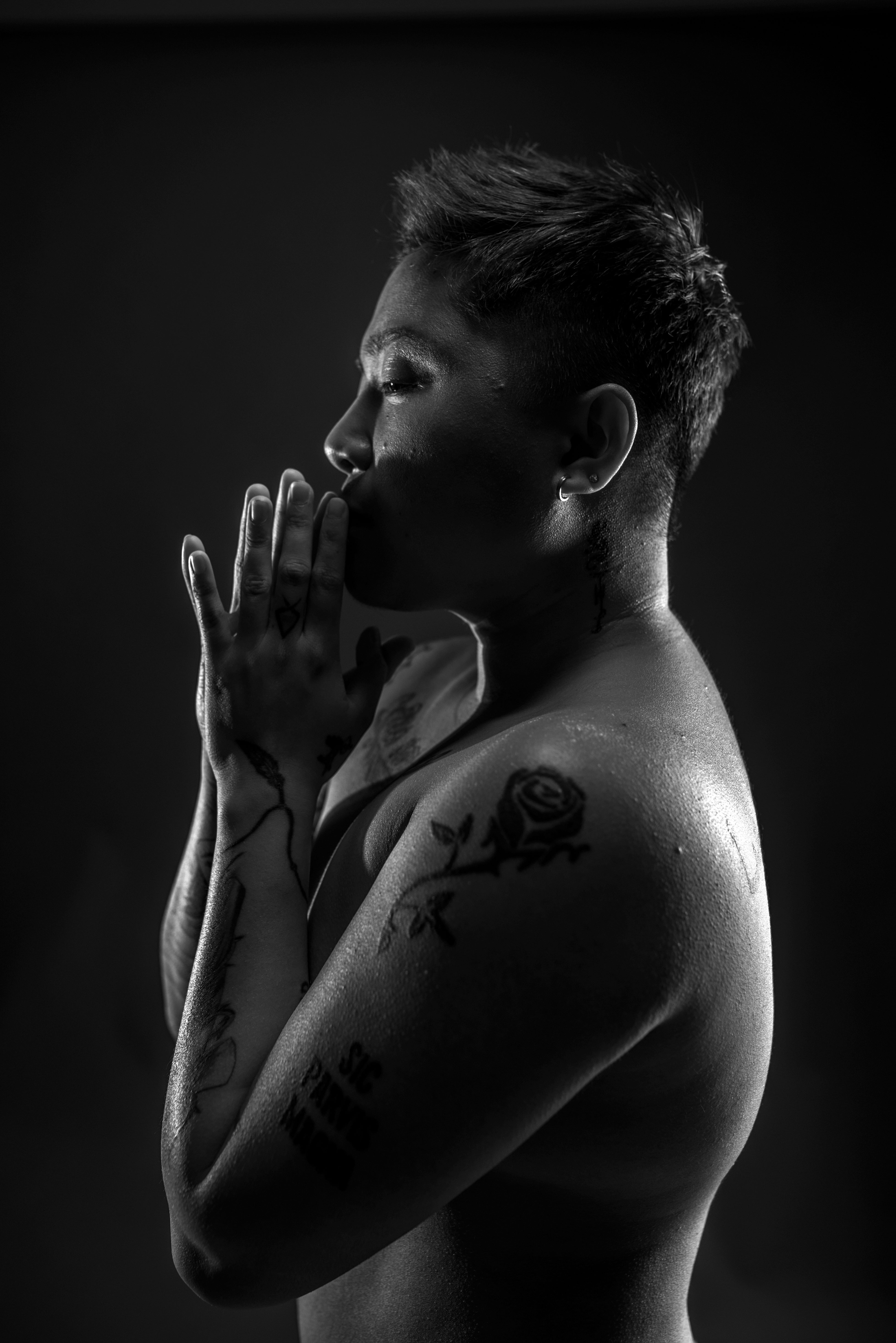 The book of Jake

My boobs were gone. I couldn’t believe it. My eyes filled with tears over the realization that beneath the bandages was a flat chest—the chest that I had always wanted. After years of living in a body that didn’t feel like mine, I felt a sense of ownership. I waited five years to have my breasts removed, and then there I finally was—groggy but fulfilled in the post-surgery. The moment was interrupted by the welcome appearance of my loved ones: my manager Carl, road manager Diana, partner Shyre, cousin Lestat and friend Jayann. They were singing “Happy birthday” as they approached, making me cry even more. The five of them had been waiting outside the room for six hours. March 29, 2017 was my new birthday, they declared, complete with a presentation of a small cake. The successful top body surgery signaled the birth of the real me—Jake Zyrus, the man who hid behind Charice Pempengco’s superstar-singer façade.

This was not the first time I woke up in a hospital bed. In the past, I had woken up from failed suicide attempts. I tried to kill myself thrice, gulping down fistfuls of sleeping pills I always had in abundance. Being Charice meant traveling across time zones to perform in arenas other singers could only dream about, so jetlag was a constant problem. Amidst the glamour and the dreamlike quality of my life, my mind would just go blank. Most days, all I wanted to do was lie down in my hotel room, turn off all the lights and sleep forever. I know this seems ungrateful, taking for granted an opportunity a million girls would kill for. But that’s the thing: I’m not one of those girls. I’m not a girl. I’m a man, and pretending to be a woman every single day of my life in the public eye was slowly killing me. So I tried to speed up the process. On my third attempt at my life, I woke up and saw David Foster, the legendary musician who happens to be my producer and my godfather, by my bedside looking very worried. As a boss, David can be a perfectionist—he used to correct my English lapses, always out of love—but that night, I saw his vulnerable side. I think he knew how serious the situation was.

“I don’t want to live anymore.” This was all I could say, through tears. David was distraught, but I could tell he wanted to put up a brave front for me. We would have a show that night but he told me to rest. Despite being at rock bottom, I chose to be strong. The tour was called “David Foster and Friends” and I didn’t want the audience to wonder why one of David’s friends was missing. The people pleaser in me insisted on pushing through. Even if I felt weak, I got keyed up when David said I could wear whatever I wanted on stage—

pants, sneakers, braids, anything! For the first time, I was going to perform as me. Well, as me as I could be at that point. Back then, I had not yet come out to David. But I could see he noticed the immediate and profound effect of something as simple as dressing up the way I wanted to on me. I was very hyper onstage, engaging the crowd way more than usual. There are online videos of this particular performance at the 1,950-seat Espalanade Theatre in Singapore. Anyone watching it wouldn’t think that the girl they were seeing onscreen had tied to kill herself just hours before showtime. Yet, there was whispering about this. To quash the rumor, a press release was issued: I was rushed to the hospital due to food poisoning.

The day I woke up from my top body surgery was not like that time I woke up with David standing by my bedside. There were no feelings of frustrations and dread. No “Why am I still alive?” questions to the God of Irony who trapped my male soul inside a woman’s body; the same God who gave me a voice that earned me a spot on the world stage, but made sure it was only at its most potent so long as I remained female. That day, at the crossroads of pain and euphoria, surrounded by the family I chose for myself, I realized it really wasn’t my time to go yet. I was very glad God had allowed me another go at life. I don’t have a religion, but I have my faith.

I’m no stranger to pain. My mother’s idea of discipline was hitting me with belt buckles, broomsticks, frying pans, high-heeled shoes or whatever was convenient and close at hand. I was trained to accept beatings without shedding a single tear. I have been so used to physical pain that the first time I got a tattoo, I felt nothing, and I’m now at 21 inks and counting.

During a rehearsal with other Filipino singers, a Bossa Nova artist noticed the drastic change in my voice.

We burst out laughing. In a Facebook post, I explained to my fans that it was testosterone, and that testosterone was also the reason I was growing a moustache. “I’m not afraid to admit that,” I wrote.

That same month, I had my first out-of-town performance since the operation. It was brokered by a priest in Sta. Teresita, Cagayan aptly named Father Angel. “Are you sure, Father? Is it okay with you?” Carl needed assurance that Father Angel was inviting Jake Zyrus and not Charice. We didn’t want to show up only to disappoint people expecting to see the girl I no longer was.

Father Angel was beyond certain. “Don’t worry, Carl. I know everything.”

It wasn’t a high-paying gig, but I accepted it because it because it because it was my first performance as Jake Zyrus. To say I was nervous would have been an understatement. Being Charice was effortless. I didn’t have to do much to draw in the crowd—especially after becoming Oprah Winfrey- and Ellen DeGeneres-approved. This time, I was starting out as a completely different artist, a trans man who no longer possessed the voice that commanded standing ovations globally. Now, I didn’t know how the crowd would receive me.

“Jake! Jake! Jake!” they shouted, their mania sending jolts of energy through me. I was only supposed to perform two songs but ended up singing four, because I was overjoyed with the turnout. The people were so happy! I was happy.

At one point, I jumped from the stage and stood on a big, empty table that was meant for the town officials because I wanted to see my fans. They were my people, the ones who accepted me for who I am, and cheered for the Jake that was in their midst, not the Charice who was gone.

In that faraway  province up north, all my insecurities, fears, thoughts about mean-spirited people, and what they would say had vanished. That night, supporters were there for me in real life. They gave me the assurance that no matter what toxic moments I read on the internet, I still have an enthusiastic audience willing to pay for my shows.

Standing on that table was when I realized all the pain I went through was worth it. The people calling me by my real name know and accept that I am Jake. 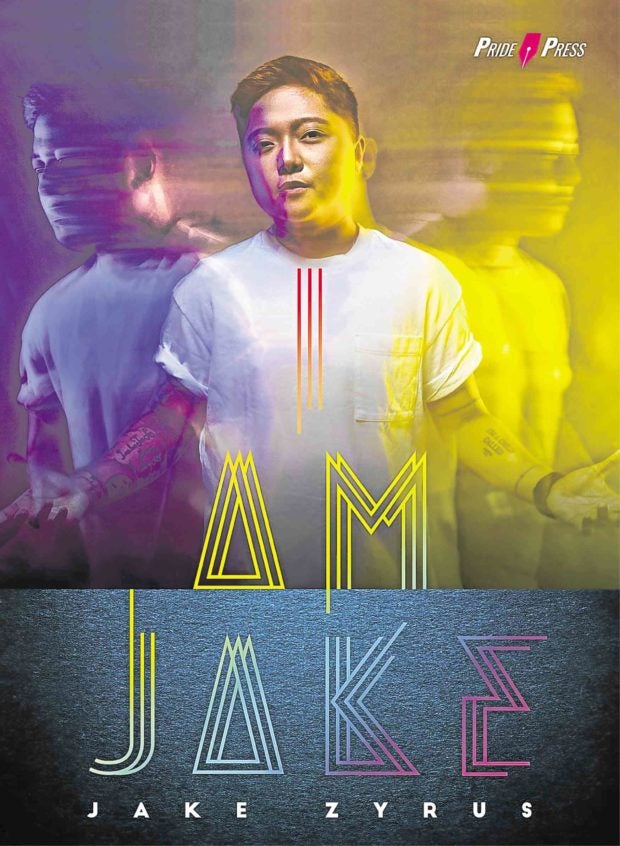 Excerpted with permission from “I am Jake” by Jake Zyrus (Published by Pride Press, an imprint of Anvil Publishing, Inc., Mandaluyong City, 2018, 144 pages). The book is available in paperback from National Book Store.