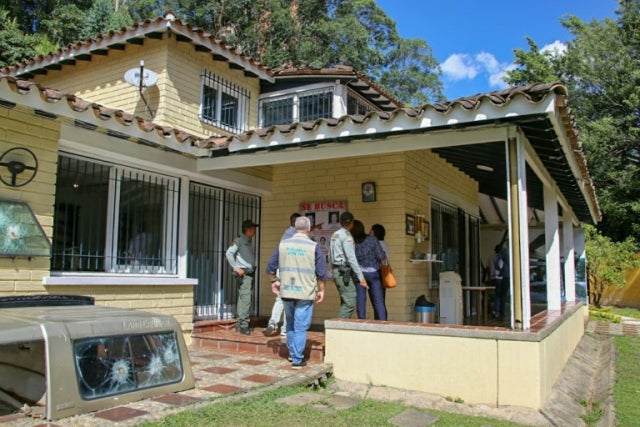 A museum dedicated to late and notorious Colombian drug baron Pablo Escobar has been shut down in Medellin, according to local authorities.

The museum, owned by Escobar’s brother Roberto, was popular on the tourist trail and exposed the eccentric life of the “King of Cocaine.”

It was closed on Wednesday following a joint operation by the mayor’s office, vice-ministry of tourism and Colombian migration.

Medellin’s mayor’s office said it had not been granted the necessary authorization to offer tourism services or conduct commercial activities.

The unofficial museum in the exclusive Las Palmas neighborhood showed off classic cars and motorcycles that belonged to the cartel crime lord, as well as a false wall he once hid in.

It was an important stop on the “narcotours” around Medellin that also took in the Montesacro cemetery where Escobar is buried.

At least six foreigners were visiting at the time of the raid, the city’s security secretary said.

“When people come to our city and our country, I don’t want them to condone crime,” Medellin mayor Federico Gutierrez Zuluaga told reporters.

“And even less that they fill with money the pockets of those who did the most harm to this country.”

Roberto Escobar — known as “El Osito,” the little bear — was one of his brother’s top lieutenants and spent a decade in prison from the early 1990s.

He told AFP he didn’t charge people to enter his house and insisted there were only two tourists present during the operation.

“You came to my house, took a photo with me, put a donation in a piggy bank for which the only person who has a key is a priest and he comes to collect the money to buy food for the old people we have picked up from the streets,” he added.

Roberto Escobar said he will reopen the museum as soon as his papers are in order.

Pablo Escobar was one of the richest people in the world at the apogee of his drug empire, according to Forbes magazine, and once offered to pay off Colombia’s national debt in return for amnesty.

He was killed by Colombian police in 1993, a day after turning 44, having been on the run for a year and a half. CC