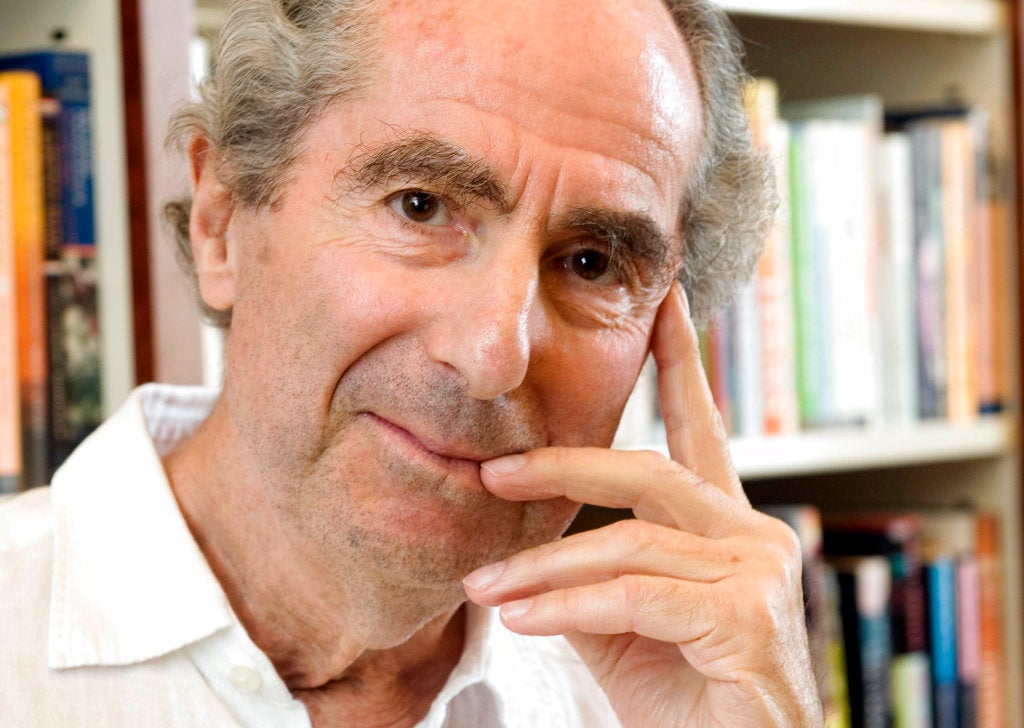 FILE - In this Sept. 8, 2008, file photo, author Philip Roth poses for a photo in the offices of his publisher, Houghton Mifflin, in New York. Friends and admirers will gather Tuesday, Sept. 25, 2018, at the New York Public Library for a tribute to Philip Roth, who died in May. (AP Photo/Richard Drew, File)

NEW YORK (AP) — Philip Roth had it all planned.

“Many years ago, I received in the mail a letter in which he outlined the instructions for his memorial service,” his close friend Joel Conarroe told a gathering of hundreds Tuesday during a tribute at the midtown Manhattan branch of the New York Public Library. The author of “American Pastoral,” ”Portnoy’s Complaint” and other celebrated novels was as precise about his death, Conarroe explained, as he had been about his life and work.

Attendees included Robert Caro, Salman Rushdie, Mia Farrow and Don DeLillo and speakers ranged from Conarroe, president emeritus of the John Simon Guggenheim Memorial Foundation, to fellow authors such as Edna O’Brien, Norman Manea and Judith Thurman. The setting, the library’s Celeste Bartos Forum and its glass-domed ceiling, was requested by Roth. So were the speakers, even though the list changed over time as such previous choices as Saul Bellow and William Styron passed away. Roth also picked out the music, Gabriel Faure’s “Elegie in C Minor, op. 24, which ended the nearly 2 ½-hour ceremony.

According to Conarroe, Roth wanted as much laughter as tears, and guests shared memories of his wit and of the surprising tenderness for a man so direct and unsparing in his work. Thurman spoke of driving around Connecticut with Roth as he searched for a proper burial spot, what he called “A tomb with a view.” New Yorker staff writer Claudia Roth Pierpont noted that he referred to his Manhattan neighborhood, where other authors lived nearby, as “Writers’ Block.” Roth never had children, but friends remembered his rapport and sense of play with their kids, whether collaborating through email on stories with them or sitting on the floor of his darkened studio and shining a light on the ceiling to make the room seem like a planetarium.

Roth despised sentimentality nearly as much he hated death, but he apparently had exceptions. Bernard Avishai, a Dartmouth College professor who wrote a book about “Portnoy’s Complaint,” remembered Roth’s improbable joy after adopting two kittens. “I am really hypnotized,” he said of them. But his feelings changed and his mood was darker the next time Avishai spoke with him.

“I had to return my dear two kittens,” Roth told him. “I fear I have become dependent.”

Roth often struggled with depression and physical ailments but his friends described a contented man over the last few years, after he shocked the literary world by revealing that his 2010 novel “Nemesis” would be his last book. Retirement did not leave him helpless, but liberated. He read, swam, walked, socialized and referred to his post-publication years as a welcome return to the rebellious but loving son he had been when growing up in Newark, New Jersey. “I am home,” he liked to tell friends. “I won.”

His health rapidly failed in 2018 and he spent his final weeks in the hospital, a farewell poignant and comical. Various ex-girlfriends looked in on him. Manea, just three years younger than Roth, recalled that he and his friend competed over who had more stent procedures. Pierpont remembered Roth looking around his hospital room and expressing relief that he didn’t have to write about it. Even the nearness of death, what the longtime atheist called “the enemy,” did not throw him.

“I have been to see the great enemy and walked around him and talked to him,” he told the writer Ben Taylor. “And he is not to be feared. I promise.” NVG