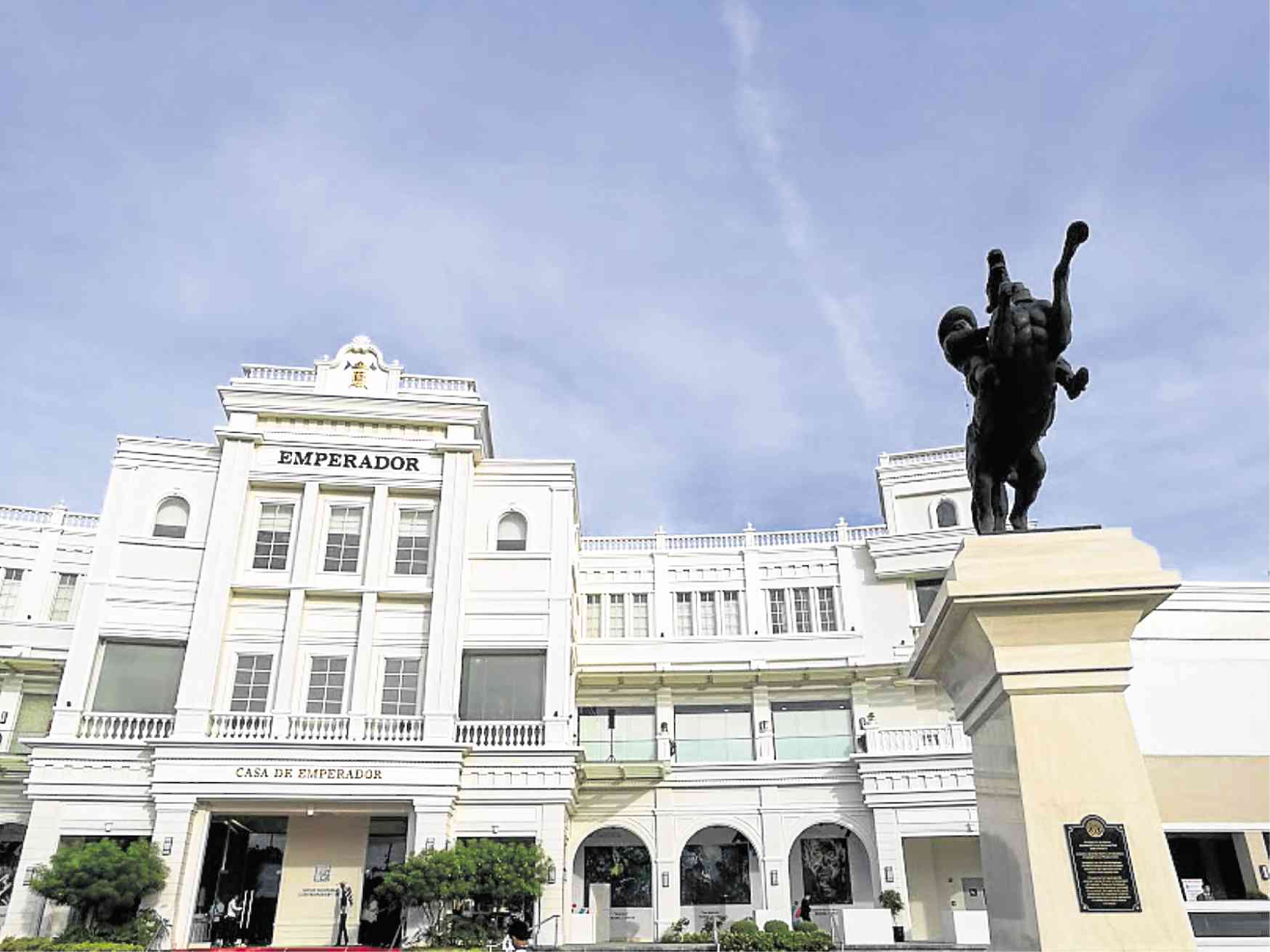 Loving Iloilo through its new museum

Never mind if I didn’t get to walk along Calle Real or eat pancit molo at Fatima’s—experiences which Lifestyle writer Tino Tejero had described (Iloilo: Discover its history, decode its modernity; Feb. 11, 2017). There’s always a next time.

A recent trip to Mandurriao, south of City Proper, however, introduced me nonetheless to a new Iloilo community with concept restaurants, al fresco drinking spots, and a newly opened museum.

The community, Iloilo Business Park, was developed by Megaworld as a township with office buildings, restaurants and coffee shops, condos, hotels, a convention center, and the Iloilo Museum of Contemporary Art (Ilomoca).

Housed in a magnificent edifice named Casa Emperador (a nod to the liquor brand that put Megaworld’s Andrew Tan on the global radar), the Ilomoca is the first museum in the Visayas region dedicated to modern and contemporary art.

The opening exhibit, curated by sculptor and University of the Philippines Visayas vice chancellor for planning and development Martin G. Genodepa, unveiled 125 works that included pieces by foremost Ilonggo artists. Contemporary works, foreign and local, from the private collection of Iloilo art patron Edwin Valencia, comprise the bulk of the exhibit.

The diversity of the artworks tickles the imagination. Michael Cacnio’s “Kamanava” (2009), sculpted brass and wood, depicts the four flood-prone cities of Caloocan, Malabon, Navotas and Novaliches as an elongated boat full of shanties.

The kaleidoscopic, magical scenes in Charlie Co’s “House of Dancing Water on My Mind” (2012) look like an acid journey.

A recent BenCab sculpture series, the beguiling “Heads Limited Edition” (2017), evokes sadness in one head, trauma in another.

A sense of adventure belies the dreadful command in Daniel de la Cruz’s “Off With Her Head” (2013), exquisitely made of mixed metals with tempered glass.

Many people came to the opening, and if word spreads that going to a museum is an eye-opening experience, then the Megaworld Foundation’s aim to enrich community life in Iloilo and stimulate dialogues about social life through the Ilomoca, will be achieved.